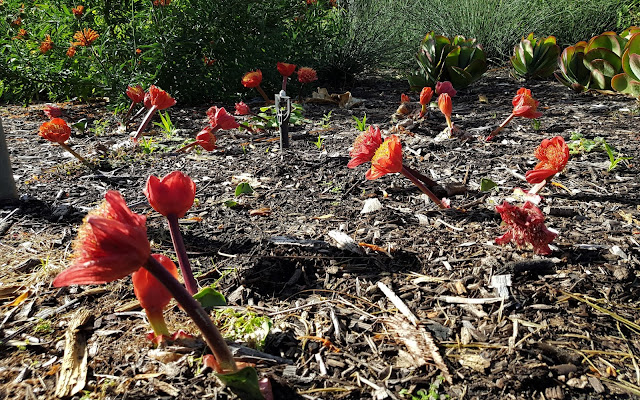 If you visited Melbourne Gardens in early (traditional, not Entwislean) autumn, just before we closed the gates in response to the pandemic, you may have seen a couple of clumps of Blood Lily in our Southern Africa Collection. I always get there a little later to photograph them (these are from late March and early April this year, and last year).

The botanical name, Haemanthus coccineus, piles on the rhetoric: 'haima' for blood, so 'haemanthus' for blood flower, and 'coccineus' for red. The, not surprisingly, red blood flower. 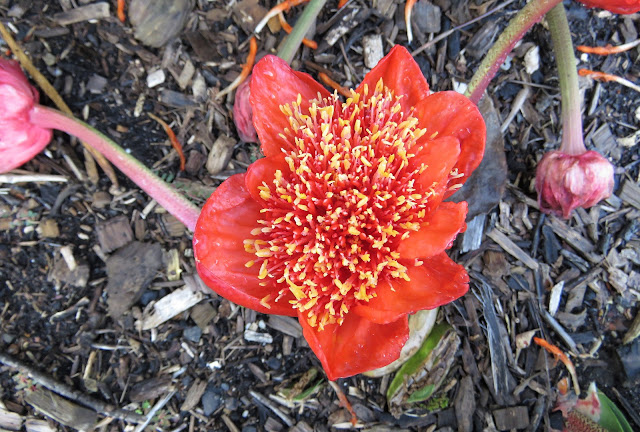 Other common names riff on this theme - Ox Tongue (although this may refer to the leaves) - or use softer analogies, such as Paintbrush Lily.  There are ten other species of Haemanthus, with either red (sometimes orange) or white flowers.

In rocky slopes of South Africa and Namibia, there can be hundreds of Blood Lily flower heads grouped together. In our collection we aim for tens. 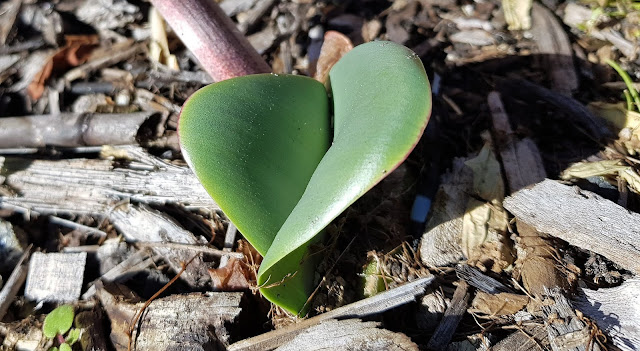 The usually two leaves appear either with, or after, the flowers. Typically, but not always peeling back flat on the ground. At first they sit upright, peeling apart, just like a pair of pouting ox tongues...

Its not quite Doctrine of Signatures, where what a plant looks like implies what part of the body it might cure (e.g. an Eyebright will fix your eyes), but an intensely coloured (and named) plant such as this is sure to have been used medicinally.

In South Africa, the leaves were used as a dressing for ulcers, sores and even 'the pustules of anthrax'. Away from blood related injuries, the bulb has been used as a diuretic and to treat asthma. In fact the bulb has been shown to contain an alkaloid, named coccinine, which has anti-cancer and anti-inflammatory properties. The blood red flowers, apparently not.

As with many bulbs, it toughs out the dryer part of the year underground. In this case it pushes up its fleshy flower and leaves in autumn when there is plenty of moisture around. 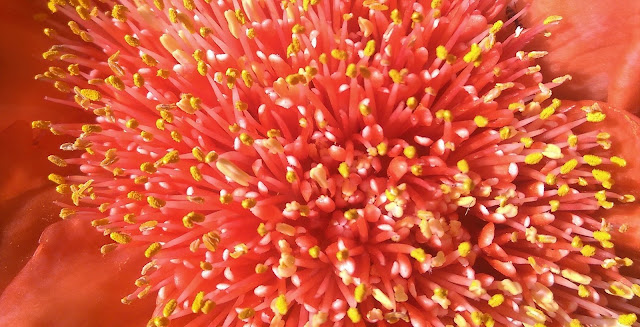 The 'flowers' are 20-100 individual flowers within a cluster of those red juicy bracts, called spathe valves. 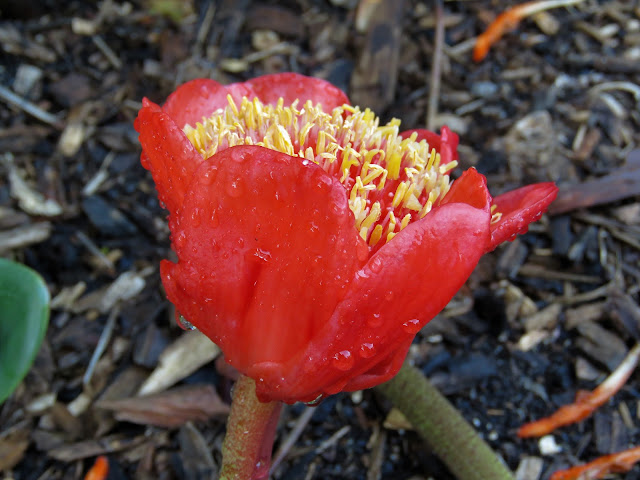 And then, a month or so later, these clusters of flowers turn into clusters of fruits, which you see in the next picture, taken at Burnley Botanic Garden in the last week of April (after a little morning rain...). 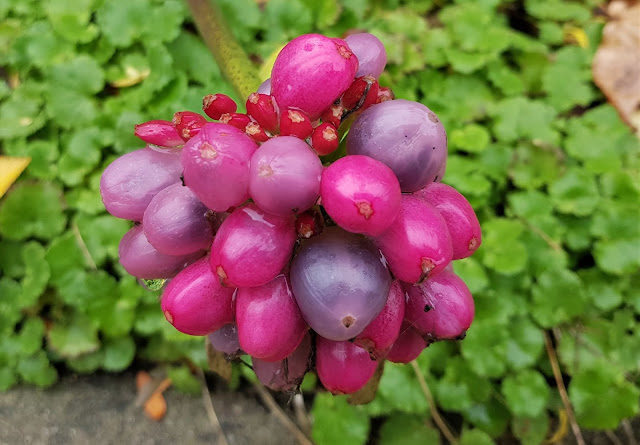 From a month forward to a year back. Luckily the Blood Lilies flowered this year before we had to close to the public. Every year they are a popular subject for photographers. Below you can see a Chinese couple, perhaps (to generalise atrociously) attracted by the national colour of China and symbol of happiness, success and good fortune. Red. 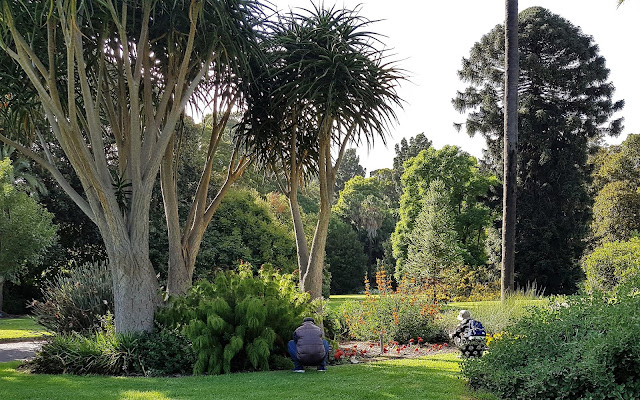