The world in a botanic garden 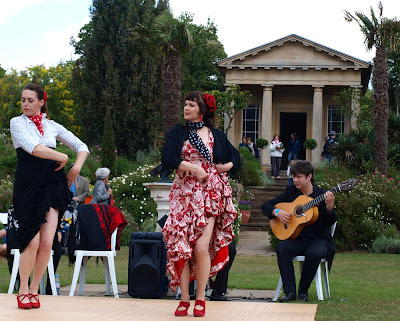 I've always liked the idea (the marketing slogan?) that you can experience the whole world in a botanic garden. Well, at least the planty bits. On a good day, in a good botanic garden, you can see, smell and touch plants that once lived in all sorts of exotic lands. Today, at Kew, it was especially true.

Kew Gardens, with 30,000 or so different plants, is already a global experience. The plants are arranged in all sorts of ways - from the tree collections on the west of the site (the Arboretum) and the rectangular Order Beds showing us which plants are related to which, through to climatic collections of plants in the Princess of Wales Glasshouse.

There are also clusters of plants from specific regions, particularly in the Temperate House (on track for a £28 million facelift over the next eight years, and one of my big jobs). During summer, though, and beginning this weekend in late spring, Kew Gardens is running a dispersed event called Travel the world with Kew.

The idea is that you can travel through the Desert, Tropical Rainforest, the Alps, East Asia, the Mediterranean, Californian redwoods and...Australia. Each botanical landscape is connected to a cultural festival or activity. Today there was music in the air (and technically, where else would sound waves be?), as the whole thing kicked off a Global Celebration. The Spanish ladies showing us their thighs at the start of this post are part of the Mediterranean theme, and here are some fish from Japan. 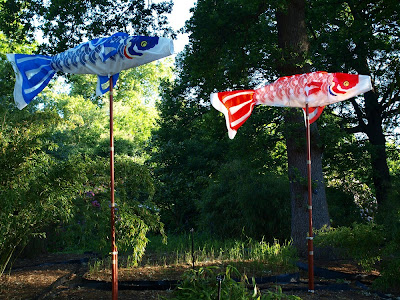 There are some wonderfully colourful sculptures in the arid end of the Princess of Wales glasshouse, all to do with the Mexican Day of the Dead. Here's a picture Lynda took of those. 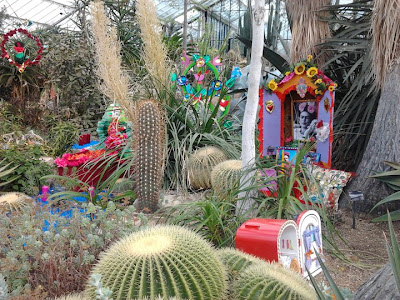 A few other bits and pieces make up the summer offer. Hard Rain, the provocative series of photographs by Mark Edwards mapping Bob Dillan's famous song, tracks a small part of the Syon Vista, one of the most famous and lenghty avenues at Kew. The same exhibition ran at the Blue Mountains Botanic Garden at Mount Tomah and the Australian Botanic Garden at Mount Annan, back in New South Wales. 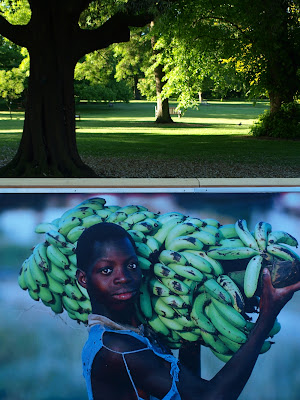 And of course there were people on stilts. They never fail to impress. I thought the pink ones looked a little like French Royalty from afar. Not quite sure why but perhaps I've seen too many films about the decandance of Louis the XVI. 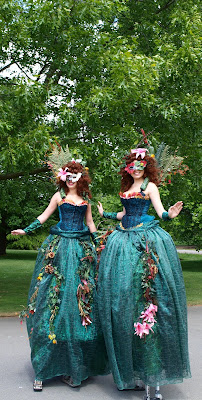 And Australia? Well a nice little garden just like the one I described from in front of the British Museum, and even with a local Bumble Bee enjoyinhg a flower that I know belongs to a species in the family Rutaceae but I can't quite recall which one... I've been away more than a month now! 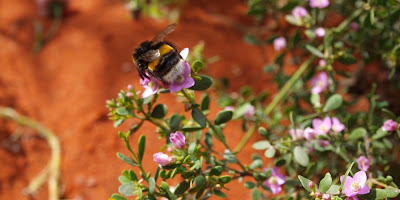 And finally, what world festival would be complete without an Oompah band? Not this one. 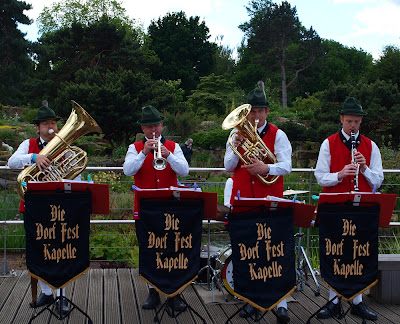 Gardener in the Distance said…
As much as I like to wander in gardens and hope I don't encounter crowds and great activity, it's a marvellous thing to engage communities/cultures with Kew and rustle up the fun.
That bee's not the blue-striped one, is it?
10:01 am, May 15, 2011

Talking Plants said…
Yes always a balance. Great to see people here but we don't want to lose the tranquility and space for contemplation (albeit interupted on most days by planes flying over...). As for the local bees, I'm rustier on these than on the Australian flowers. Looked bumble-bee-like...
Tim
4:32 pm, May 15, 2011

Talking Plants said…
Yes I thought Boroniaish but I didn't want to upset Marco in case I got it wrong. Not a species I know from Victoria so probable a weird WA thing...
5:08 pm, May 20, 2011