Warty and foetid, from the border 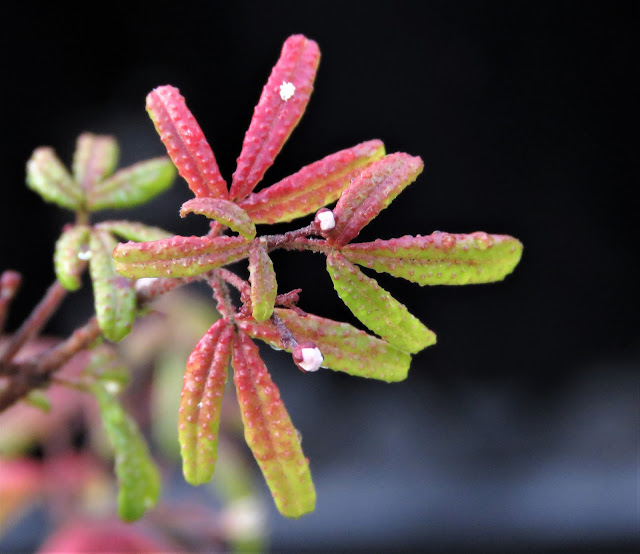 Like last week's species, this one also grows in the Gondwana Garden at Cranbourne (and in the Peppermint Garden not too far away). I happened to see another specimen in a pot, in our Melbourne nursery, perhaps destined for the Australian Forest Walk in Melbourne.

Zieria adenodonta has, again like last week's plant, rather small flowers. Even smaller. They are at most a few millimetres in diameter, and with their stalks still shorter than the leaves around them. And yet again like last week's, the flowers have four petals. This time only four stamens (the male parts topped by anthers with pollen). 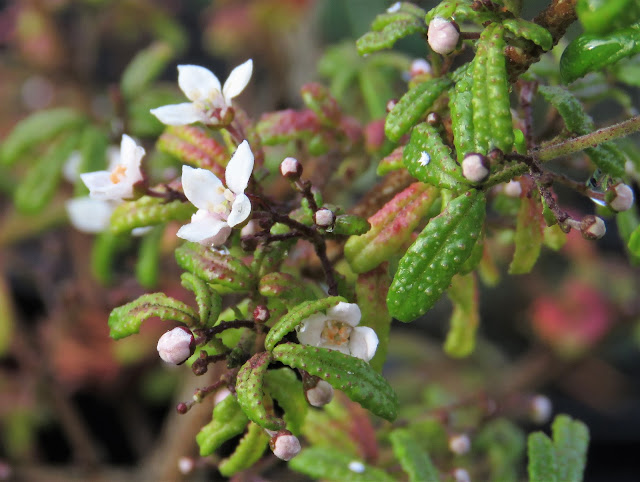 The older stems at least are warty and softly hair, and the mostly three-pronged leaves warty above and hairy below. In cultivated material the leaves can apparently express a few extra leaflets, making them either palmate (like a hand) or even pinnate (with parallel rows). The specimen I photographed had only 'trifoliate' leaves, many beautifully tinged with red.

In terms of odors, the citrus family Rutaceae is a mixed bag. Some members, like citrus, are rather pleasant. The Wollumbin Zieria is in the other category, so when you crush the leaves they emit an unpleasant smell. The species name, adenodonta , is from Ancient Greek, meaning 'gland-tooth', and presumably a reference to the warty leaf edges rather than the foetid insides. 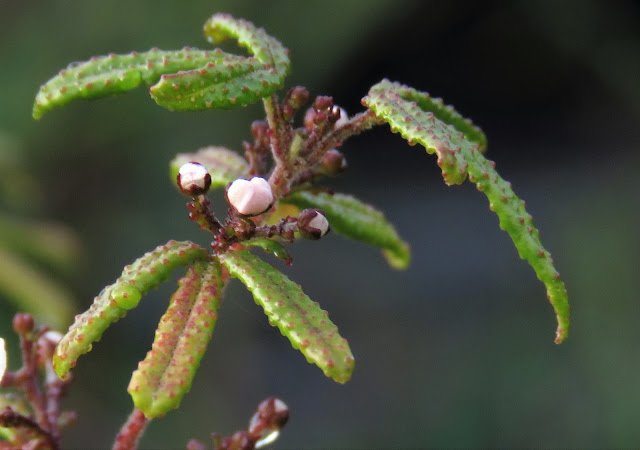 Wollumbin Zieria grows naturally on the rocky slopes of Mount Warning in Wollumbin National Park, north-east New South Wales. and near Mount Roberts in Lamington National Park, south-eastern Queensland. I gather it grows in isolated small patches in both areas.

In New South Wales it is considered to be endangered and under threat from incidental damage by walkers, illegal collection and fire. These threats would also apply in Lamington National Park, where it is listed as 'near threatened'.

As is often the case with plants from this region, Ferdinand von Mueller first recognised this species as distinct, considering it to be a variety of Zieria granulata from the Illawarra, further south. Mueller found the species among collections from 'the highest mountains on the Tweed' gathered by William Carron, who was based at the botanic gardens in Sydney.

Despite the small flowers size, the pollinators are flies and beetles in search of nectar, which they seem to find. 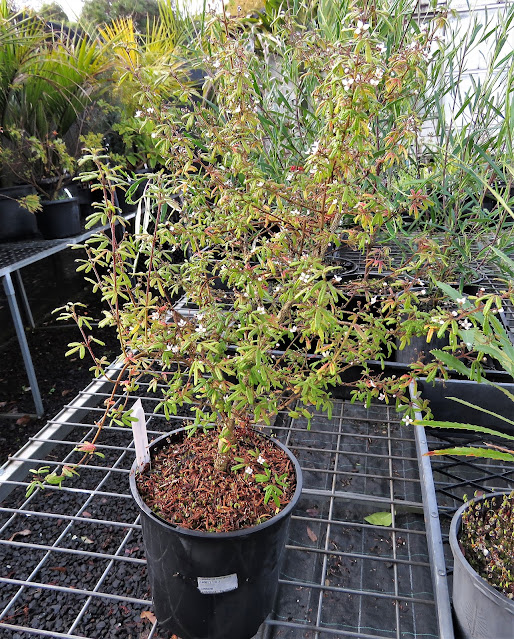