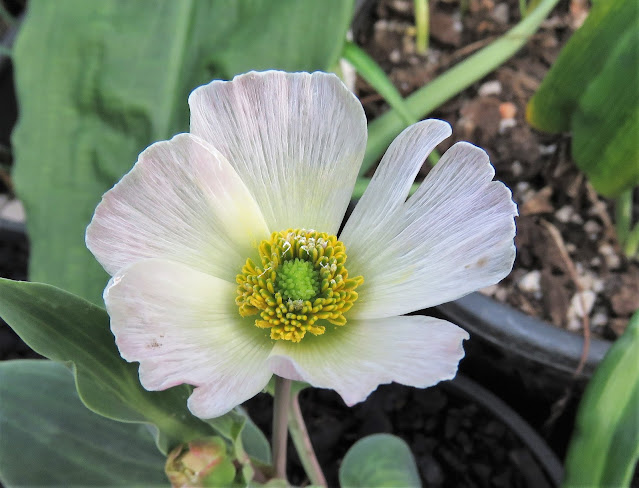 And while I'm in the Melbourne nursery (see last week's post), here is cute little bulb that recently become part of our collection. It was flowering in early to late July this year.

Ranunculus calandrinioides, the High Alpine Buttercup, is happy in the lowlands of our 'growth house', the shade house where we keep most of our Melbourne-based terrestrial orchids (there are many more propagated and grown at Cranbourne Gardens as part of the Orchid Conservation Program) and various plants on there way somewhere.

This species comes from subalpine rocky scree or forest clearings on the Atlas Mountains, in North Africa, and is said, by Wikipedia (citing a St Andrews Botanic Gardens page no longer live), to be one of the earliest buttercups to flower. Wikipedia (supported by other websites) implies January, which lines up well with our July flowering. 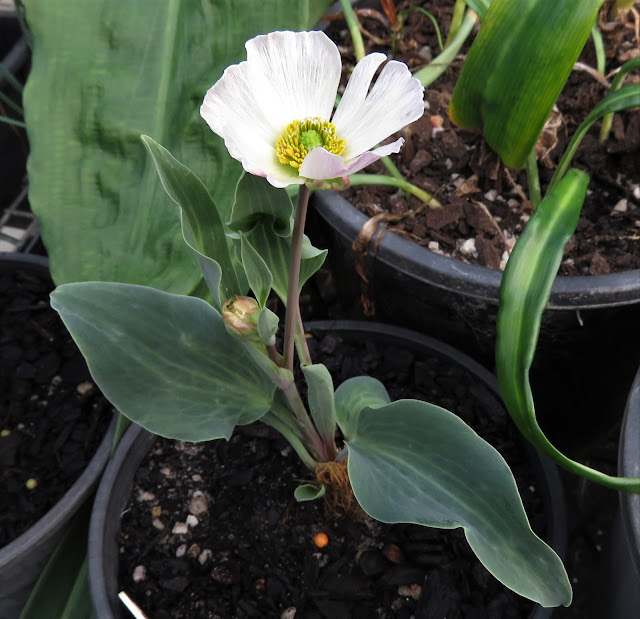 The High Alpine Buttercup is a tough plant, surviving winters down to -26 Celsius in the UK, and probably lower temperatures in the Atlas Mountains. I'm not sure what it will think of our (ever warming) summers in Melbourne, but at least by then it is dormant below the soil.

I've posted on a few Ranunculus species over the year, all with that familiar floral structure of five or so pretty petals around a cluster of stamens (the male parts sporting yellow, pollen-bearing anthers) and carpels (the greenish female receptive parts). There are exceptions to this floral architecture but the 500 species of buttercup around the world do mostly look like buttercups.

The ovules within those green carpels will eventually form fruits, called achenes. Here you cluster of soon-to-be achenes in an older flower. Quite a few more potential fruits than in your average buttercup. 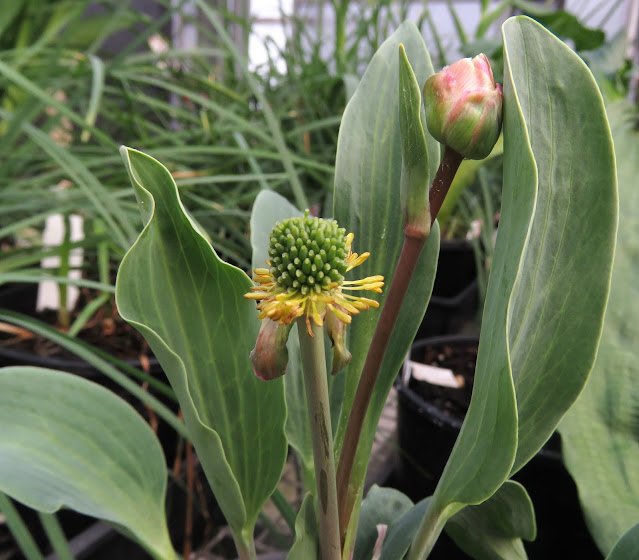 There are 50 or so native species of Ranunculus in Australia, with flowers mostly of that familiar yellow hue. The one white-flowered species in Victoria is Ranunculus trichophyllus, found near streams and lakes across the state. Its flowers are more petite than those of Ranunculus calandrinioides, and don't have the soft wash of pink in buds and young flowers. (Oh, and the leaves and general form are entirely different!)

The High Alpine Buttercup is more like a Calandrinia, after which it is named ('-oides' means 'like'). That genus, commonly called purslane, is not closely related to Ranuculus but some species can have flowers with bold white petals and a yellow centre, emerging from grey-green leaves (e.g. Calandrinia affinis from Chile).

I see that a short-stalked ('Dwarf Form') cultivar is available in the UK, where the species has been grown in horticulture for nearly a hundred years (since 1929). 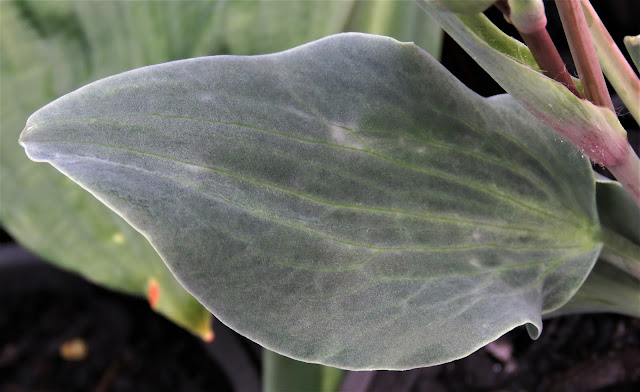