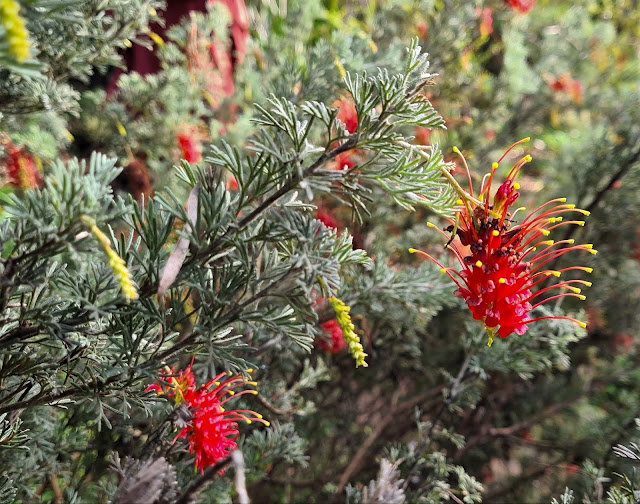 While in his late twenties, Johann August Ludwig Preiss, collected and transported 200,000 plant specimens from Western Australia to Germany between 1838 and 1842. These included some 2500 different species, many of them new to science.

About 100 species were named after Preiss, one of them being the beautiful Sea-spray Grevillea, Grevillea preisii (or sometimes as Grevillea thelemanniana subsp. preissii) from coastal limestone just north and south of Perth.

German colleague Carl Meissner named this after him in an 1845 compendium of plants collected by Preiss and others, called Plantae Preissianae. (The year after, on the other side of Australia, Superintendent Charles La Trobe received word from Governor Gipps in Sydney, that he may build a botanic garden in Melbourne.)

The herbarium specimen from which Meissner named this species, was collected by Preiss from the limestone cliff area in current day Kings Park, above the Swan River in Perth. This is one more inland occurrences of a species often subject to the first part of its common name. 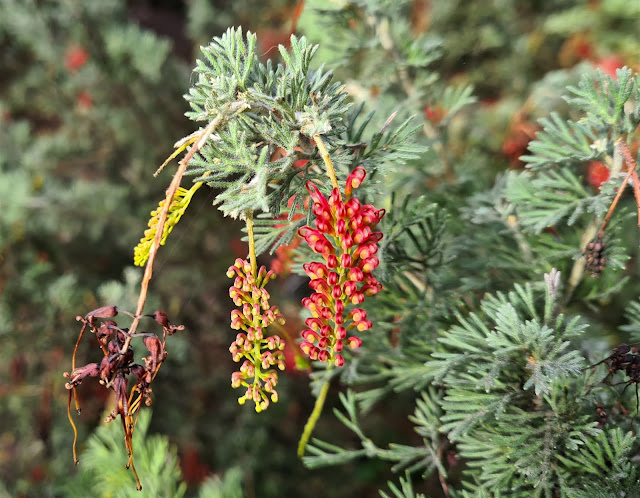 The Sea-spray Grevillea is one only a few in the genus, and in fact the whole Proteaceae family, to tolerate calcareous soils, but it does seem to tolerate a wider range of soil conditions.

The plant I've photographed here is growing on the other side of the continent, in the Australian plant corner of Burnley Gardens, established in 1861 (nineteen years after Preiss returned to Hamburg).

In late July this well-formed shrub was in full flower and it seems to flower for many months, and prolifically. Making it a good people and bird attractant. I gather there are a few cultivars and hybrids around, including one called 'Sea Spray' and a couple of 'Winpara' variants.

The Burnley specimen I take to be the true species and it forms a neat bush about a metre high and broad. 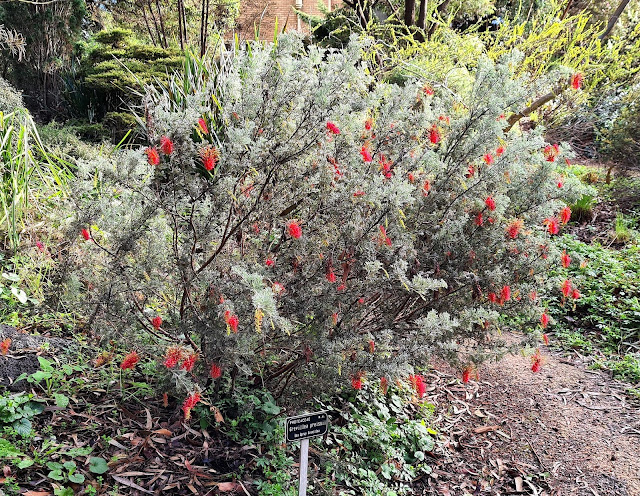 The leaves are particular attractive - finely divided and soften hairy, giving the plant a grey sheen.

Add to that the flower clusters, hanging like an exotic fly fishing lure, and it's a plant worth considering should you have a problem with calcareous soil.