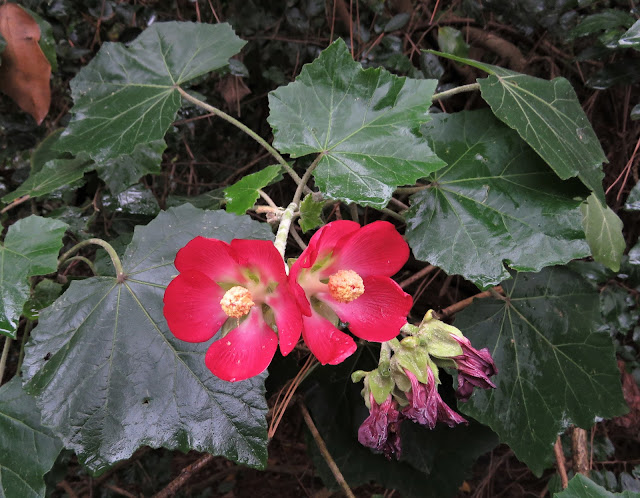 It's tempting to just post these pictures and say it's a pretty flower, and it was flowering in June. Maybe that's enough but as a taxonomist I have to give it a name. That name is Phymosia umbellata, a member of the Malvaceae family, sitting alongside plants with similar looking flowers like Hibiscus.
The genus name itself, Phymosia, doesn't tell us much. It is probably derived from the Greek word 'phyma', for swelling or tubercle. Perhaps a reference to the knob-like clump of stamens (the yellow bit) in the middle of the flower?
Whatever it means, Phymosia has eight species, all from tropical Central America: Caribbean, Mexico and Guatemala. Most species grow at high altitudes, but not Phymosia umbellata, the Mexican Bush Mallow. It occurs on the eastern slopes of central Mexico, with one outlying occurrence in Guatemala. You can also find it as an established alien plant in Greece, Spain and Tunisia.
Unlike most other species in the genus, the flowers are clustered together in an 'umbel', hence the species name. Others mostly have single flowers or a branched cluster (panicle). The burgundy colour (perhaps not obvious in these photos - you know how hard reds are to capture!) is also distinctive. Others have flowers that are mostly softer in colour - lavender or pink. 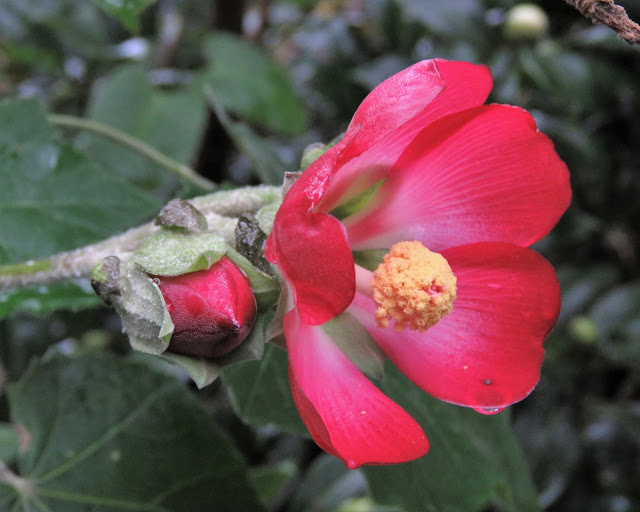 The flowers do look a bit different to your typical Hibiscus, with that cluster of yellow-tipped stamens more compact and rounded, although at other stages of the development the receptive female parts (the stigmas) extend out from this core. As in the next picture. 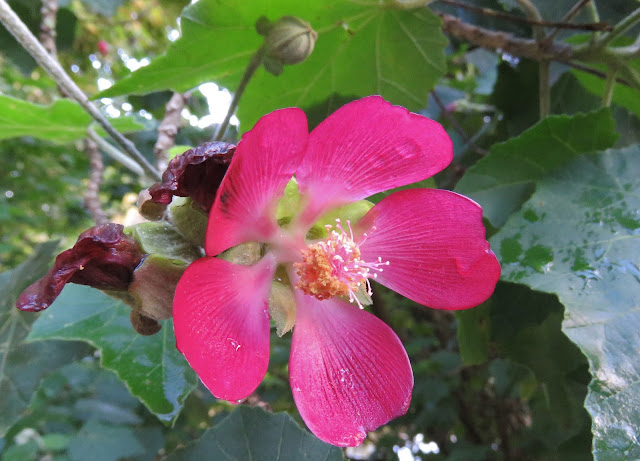 The leaves are rough above, and soft and felty below. They look a little like the leaves of an Abutilon, Chinese Lantern, which can also have similar looking flowers (although typically not with petals spread out like this, and hence the name 'lantern'). The leaves might also remind you of a grape vine, plane or maple..., but that velvety undersurface is typical of the mallow family. 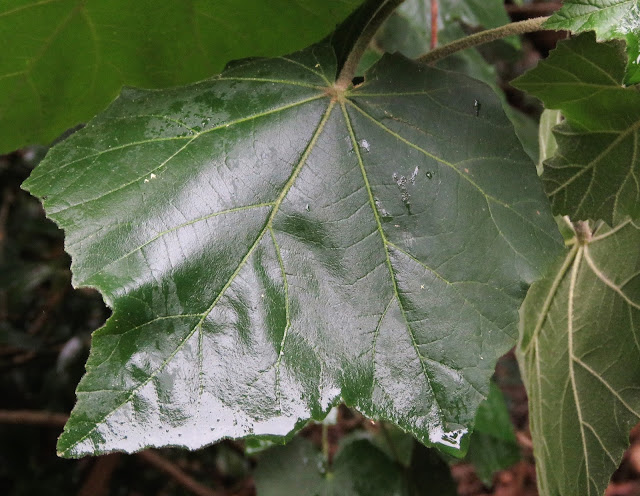 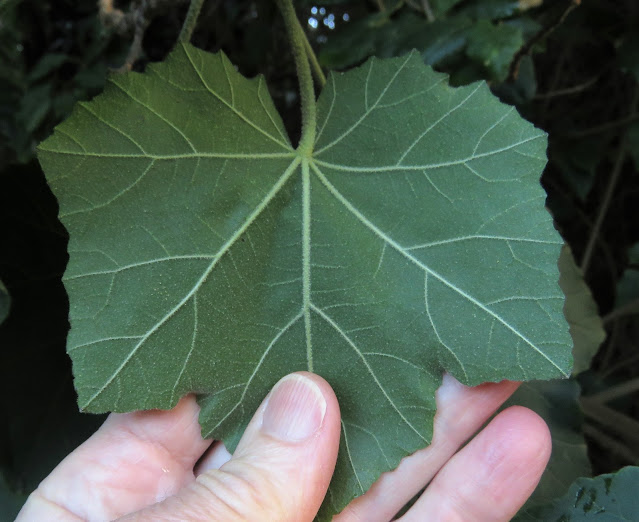 In addition to me, these winter flowers attract bees and, if you have them, hummingbirds. They can do this almost all year because Mexican Bush Mallow flowers almost year round. 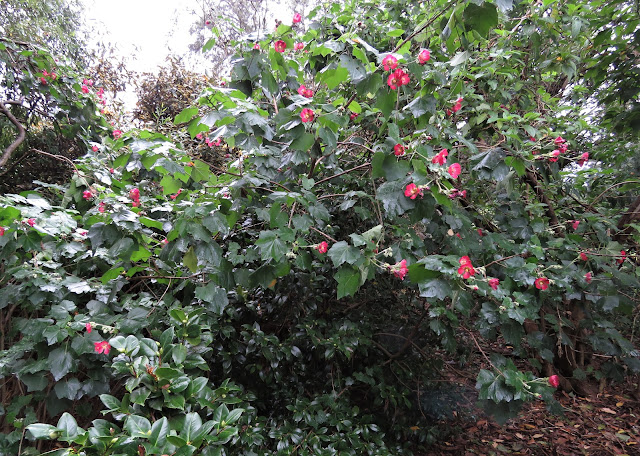