The Three-toothed Maple is no sloth 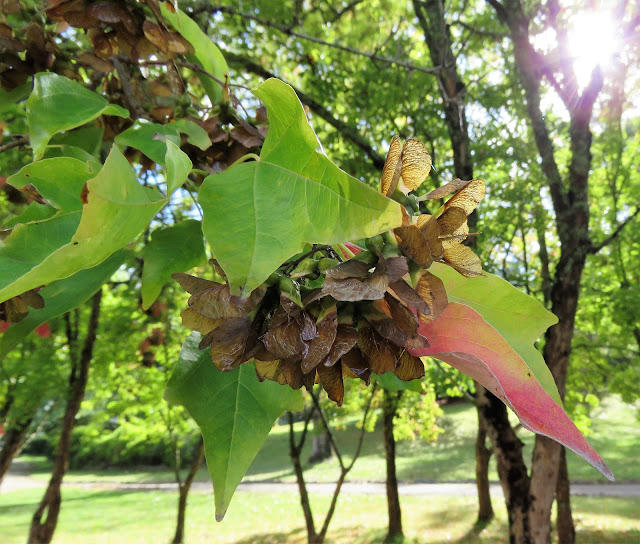 I don't know much about maples, as may become abundantly clear. I do like them though. They sit in my hierarchy of favourite Northern Hemisphere trees just behind oaks and perhaps pines (depending on my mood).

A coppice of Acer growing in the park below the Maroondah Dam, just north of Healesville, attracted my attention back in March. By now it will be devoid leaves and will most likely have passed through a lovely autumnal colouring (red by the look of it). 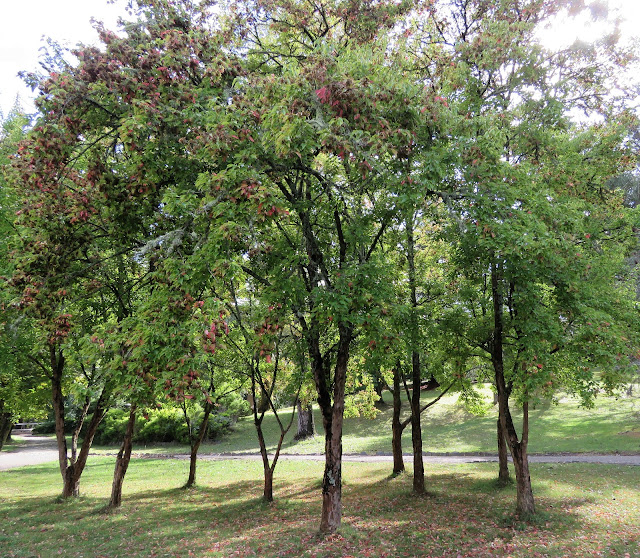 At first blush, and after much head scratching too, this seems to be the Trident or Three-toothed Maple, Acer buergerianum. 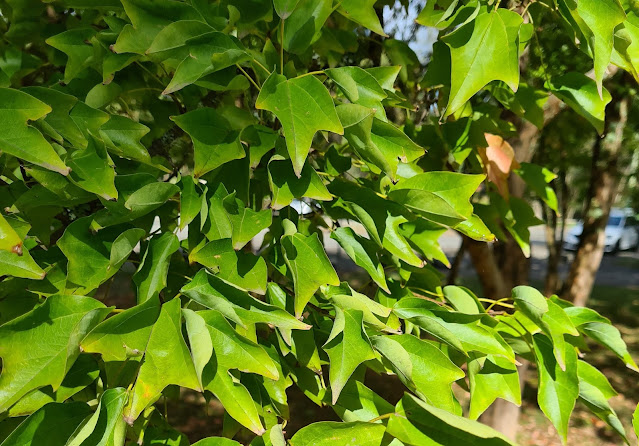 The leaf looks good but my hesitation is around the fruits (samara), with wings spread widely rather than, as Roger Spencer puts it in the Hortflora, 'closed, overlapping' or 'upright, often touching'. 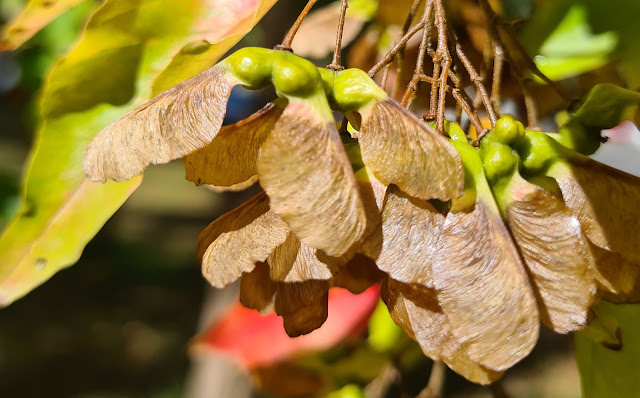 The species comes from eastern China through to Taiwan and Japan. In China, seven varieties are recognised, separated on leaf shape and fruit size but also the spread of the wings on the fruit. In fact there is one called 'var. hortizontale' in honour of that wingspan.

I'm not brave enough to apply that variety name, or any other, give the characters do overlap a little. But it gives me comfort at least referring my plant to the species Acer buergerianum. And in any case, Kew's PlantList doesn't accept any of these variety names, rolling them all into the species.

The plant's namesake, Heinrich Bürger, was a nineteenth century German scientist who worked as a pharmacist in Jakarta then travelled to Japan to collect fish, plants and minerals, on the payroll of the Dutch government. He became secretary to Philipp Franz von Siebold, a better known specialist in the Japanese flora. This sketch of Bürger at his desk in Japan is apparently the only portrait of him. 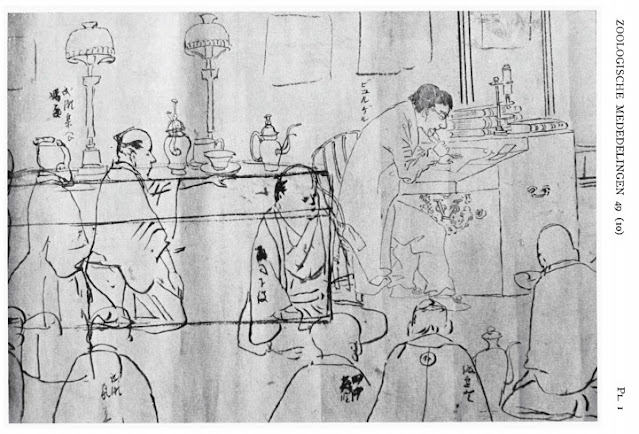 In any case, Bürger's Maple, as we might also call it, can have wings spread or folded. In Australia, at least, the seeds at the base of those variously orientated wings are eaten and possibly distributed by female King Parrots, as evidenced here. 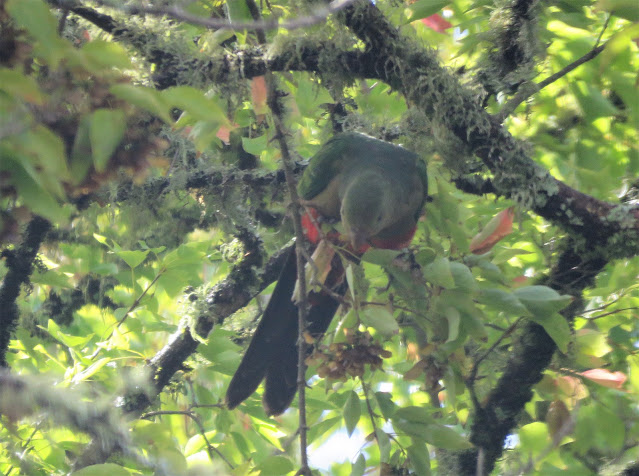 The bark in older trees can be rough and flakey, in an attractive way. The trees I saw were still relatively young, and the darker is stain is from recent rain. 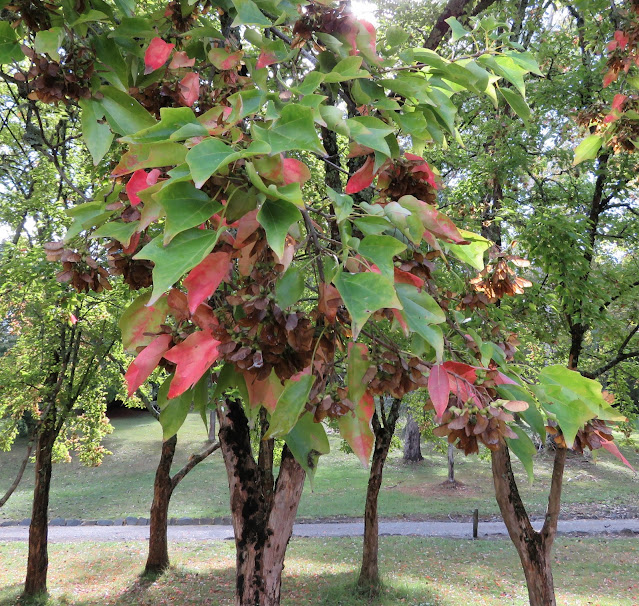 And yes, the allusion to the three-toed sloth is gratuitous. That particular animal came to my attention first when I read about the algal flora of its fur. The algal flora of sloths has developed into it's own special area of research and you can track down some references here. Now that's really gratuitous...