Haemodorum is red all over 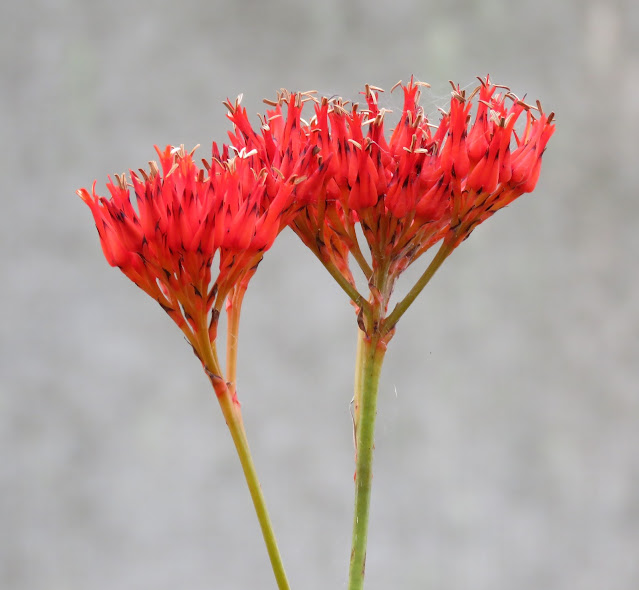 In July 2008 I saw the striking Scarlet Bloodroot in flower on a brief trip to Kakadu looking for similarly coloured freshwater algae. Actually, so-called 'red algae' are usually deep green or brown in freshwater but they are part of a broader group of algae which includes the red seaweeds you find on rocky shores. 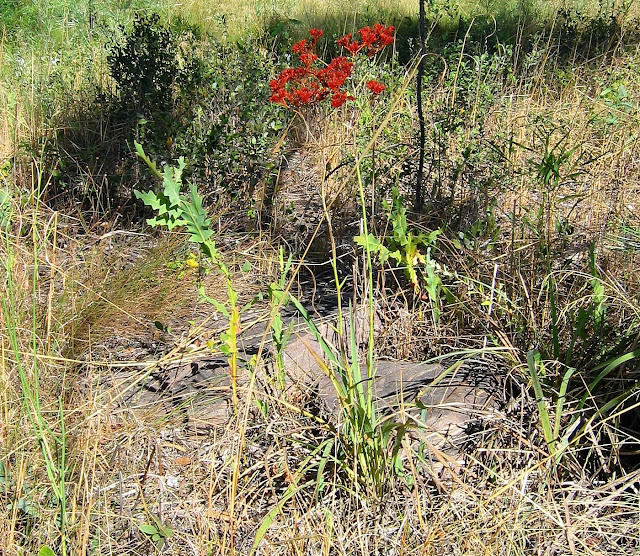 But I digress. The flower of this kangaroo paw relative is very much red, or scarlet. I was reminded of it when I saw a specimen flowering in the nursery at Cranbourne Gardens in March. That's it at the top of this post and in the following close-ups. 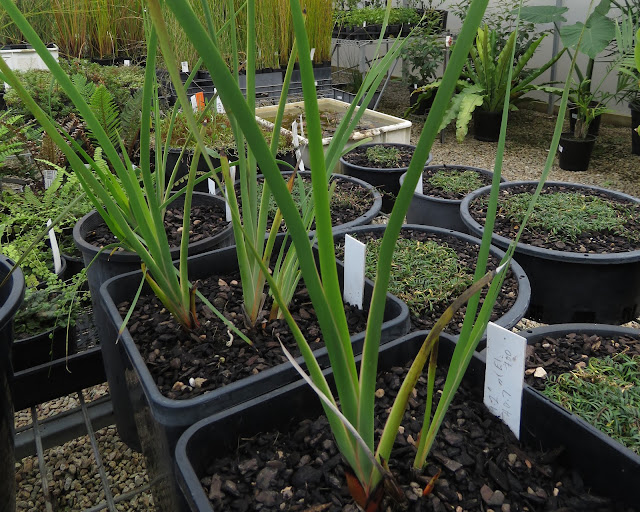 We have three plants, recently collected from tropical Queensland on collaborative field trip led by James Cook University in Townsville to create an ex situ collection of plants from this region particularly vulnerable to climate change.

This particular species is not uncommon so I expect it was gathered as an amenity and educational addition to our collection, rather than for direct conservation purposes. We will plant it out into our Weird and Wonderful Garden in over coming months so it is ready to impress and intrigue visitors next autumn.

The Bloodroots are species of Haemodorum, one of 14 genera in the Australian and South African family Haemodoraceae. Another genus in the family is Anigozanthos, the kangaroo paw. 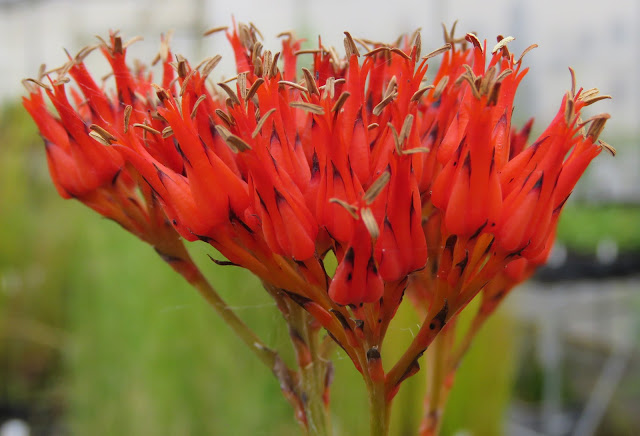 The bright red flowers were a surprise to me. While the blooms of the kangaroo paws can be vivid red, the species of Haemodorum I knew from around Sydney all had black flowers. All species in this genus do, however, sport an orange or red pigment in the below-ground parts and lower stems - hence the genus name which means 'blood gift' and the common name for all species of Bloodroot.

The species illustrated here is Haemodorum coccineum, with the species name from the Latin for scarlet, clearly a reference to the flower colour. It occurs naturally in savannah areas of tropical Australia, and through into New Guinea, with the root and the flower used as a dye by Indigenous peoples, and the root sometimes for medicinal purposes.

Robert Brown, who travelled with Flinders around Australia, named this species in 1810, but it was first collected for science by Joseph Banks and Daniel Solander, from Endeavor River in 1770.

The fruit is a juicy capsule, as you can see amongst the flowers in this next picture from Kakadu. when mature they are red or black on the outside, with the juice red or purple. Nearly every part of this plant (leaves excepted), has some red. 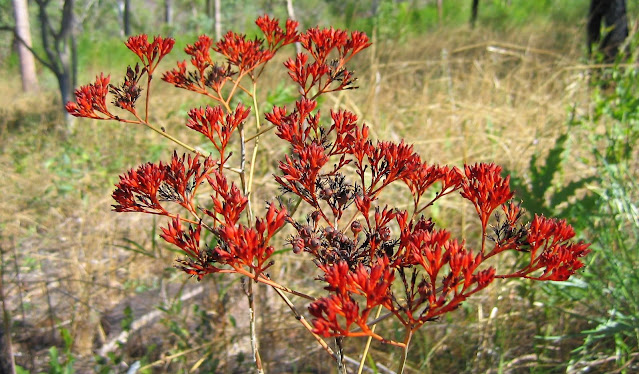 Stuart Read said…
Thanks Tim, I only became aware of bloodroots (and not bright red ones, either) in SW WA on an AGHS tour and conference in Albany - apparently H.spp. (3) down that way are dominant foodstuffs, even totems for Nyoongar peoples. I have managed to find a few Nyoongar names for their ones: Born, Mardja, Bohn, Mean (near Albany). I'm getting more interested in bloodroots! I wonder about Aboriginal names for other species in other states - I'd not thought about the Northern Territory having them. Intrigued! Cheers

Talking Plants said…
You would think that a plant with such distinctive colour would always attract a name so expect local names wherever it grows. Good on you for chasimg this up. Important connection.