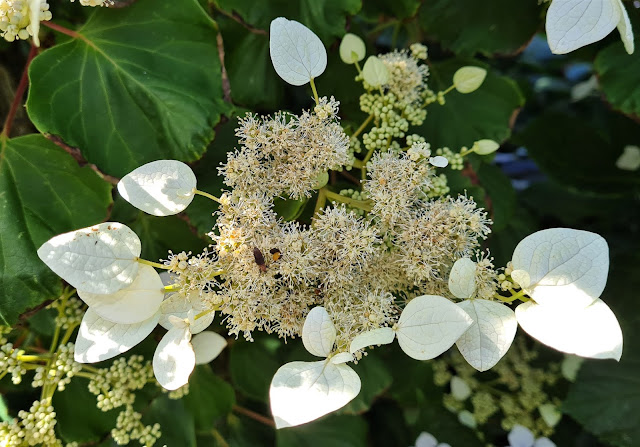 I mentioned this striking plant a few years ago, when I was talking about an entirely unrelated plant that also had what we call petaloid or as I said then, more accurately foliaceous, bracts. That is, the flowers are surrounded by things that look like petals, or in that case fancy leaves.

This time the 'fancy leaves' are actually the outer part of a single flower, the sepal. Sepals are most often green and reduced in size and impact compared to the petals. In this case the outer flowers of a flowerhead consisting otherwise of small, insignificant-looking flowers, have one large, soft, white sepal.

The idea with this kind of set up is that the energy invested by the plant in making these big white fans, or paddles, will be energy well spent if it draws pollinating creatures to the small and presumably more efficiently produced fertile flowers. It is just one of the evolutionary pathways to success in the flowering plant world. 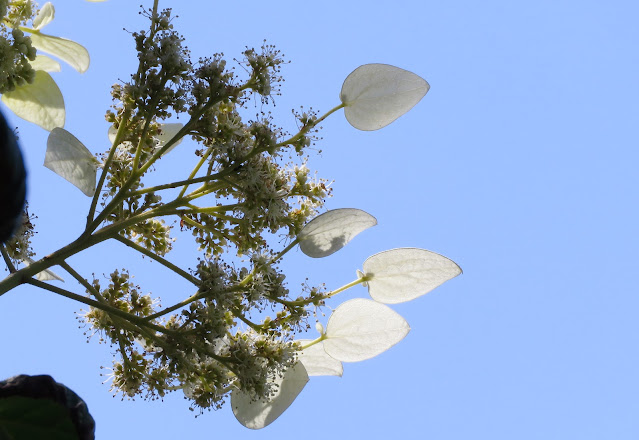 It's the Japanese Hydrangea Vine, Schizophragma hydrangeoides, and as the latter part of the name suggests, not unlike the hydrangeas and hydrangea-allies growing around it in this location near to our Central Lake. It is in the hydrangea family. 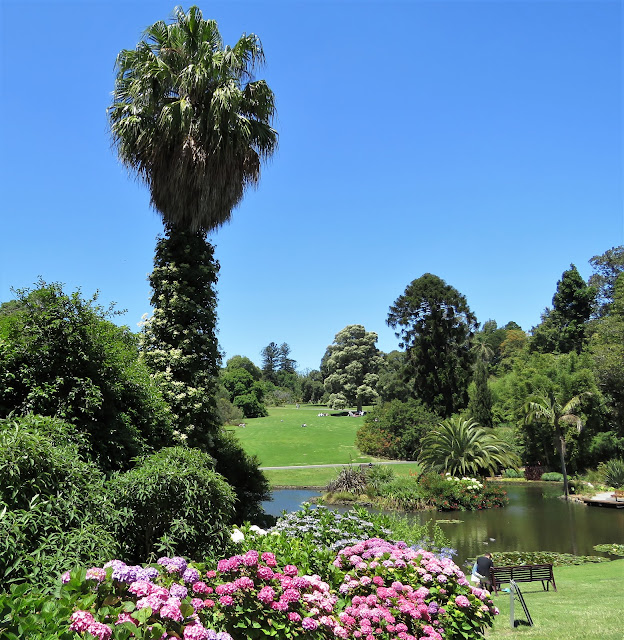 According to the Flora of China, there are ten species of Schizophragma, nine of them only found in China. This particular one, as the common name implies, is the other one. It grows in Japan and Korea.

It's deciduous, with yellow leaves in autumn, and becomes covered in these showy flowering clusters in early summer. Apparently slow to establish, this climber in Melbourne Gardens is here to stay. 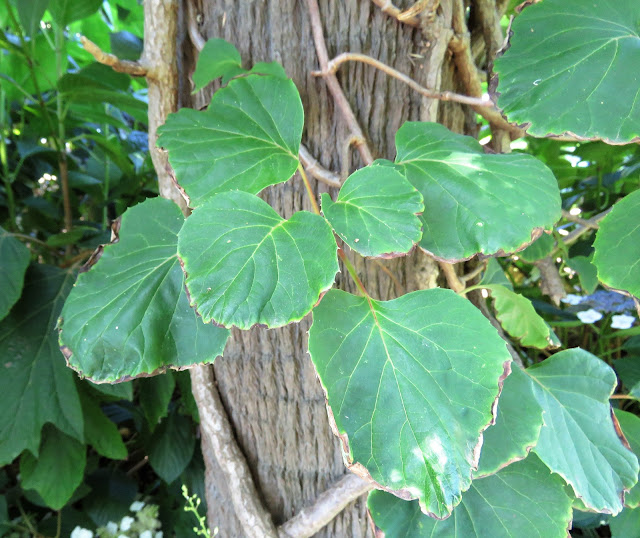 There are true Hydrangea that climb, but as Dan Hinkley, at 'the other' Heronswood (in Kingston, Washington, USA), points out, their flowerheads have at least a rim (and often more) of sterile flowers with a circle of four pretty sepals. Not the single, soft white sepal... 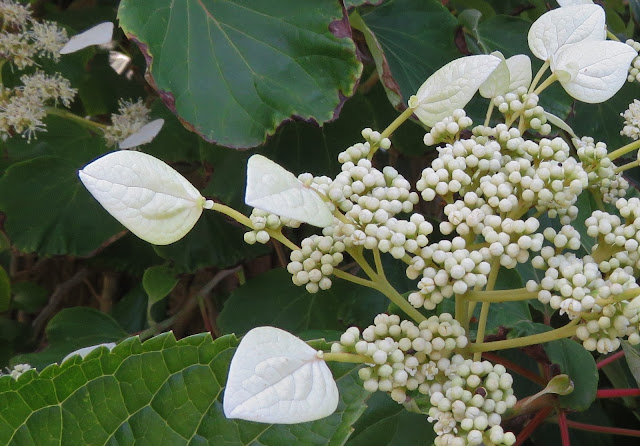 There is a cultivar ('Roseum') with the luscious sepals tinted pink, and one ('Moonlight') with even showier white sepals against bluish leaves. Plus variegated and a more-toothed leaf versions, if that's your thing.

I don't have much more to add other than noting this plant surprises me every year when the green clothed stem/trunk of this fan palm, Livistona australis, whites-up for summer. It does it at the same time as the Snow-in-Summer (Melaleuca linariifolia) breaks out into similarly coloured and dramatic floral display. The perfect start to summer - can't wait! 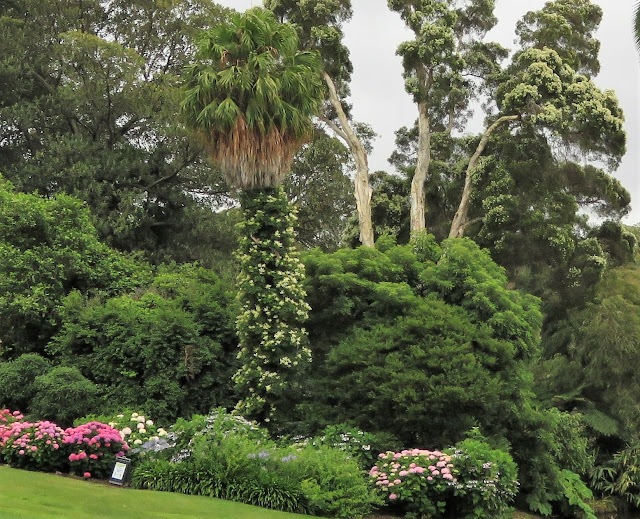