Australian climber an alternative to what it was once named 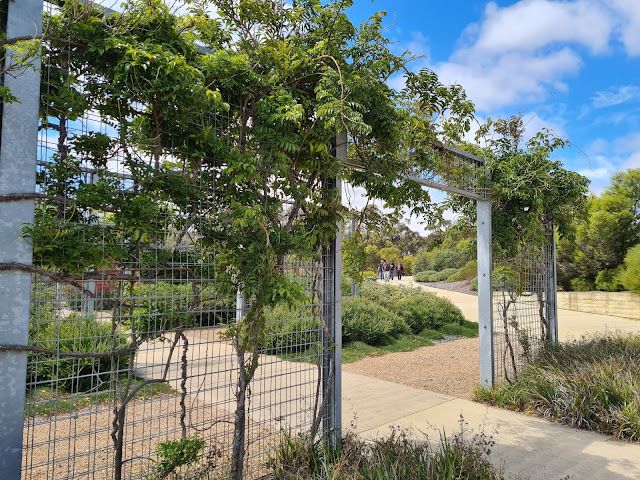 Over a decade ago - yes this blog has been running that long - I mentioned an Australian plant called Callerya. It's in the pea family and now called Austrocallerya. It used to be part of a better known genus called Millettia.
Austrocallerya is most similar to Wisteria, which makes it a particularly suitable inclusion in our Australian climbing plant collection at Cranbourne Gardens. It would make a good alternative to that genus for anyone looking for something a little different, something a little Australian or perhaps something a little less likely to drag your pergola or house to the ground. Although on that latter point, the jury may still be out given the robustness of these basal stems. 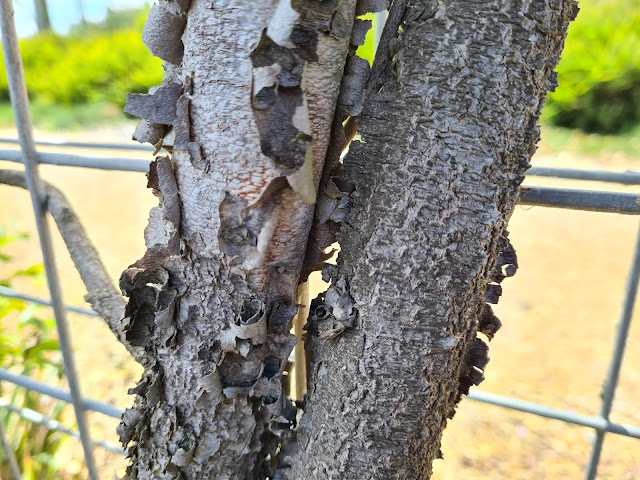 Austrocallerya megasperma is a subtropical vine from coastal New South Wales and southern Queensland, but it seems happy at Cranbourne. I gather it has taken some time to flower though, and Wikipedia quotes Rodger Elliot and his co-authors as saying 20 years will be required this far south.
The flowers are as showy as those of a wisteria, and will attract butterflies. I photographed this at the end of the flowering season, in the first week of December so I only have a few skerricks of flowers to show you here.

And as the species name - devised by Ferdinand Mueller for a specimen he collected from Richmond River - encourages us to observe, it has large seeds. In a large pod. 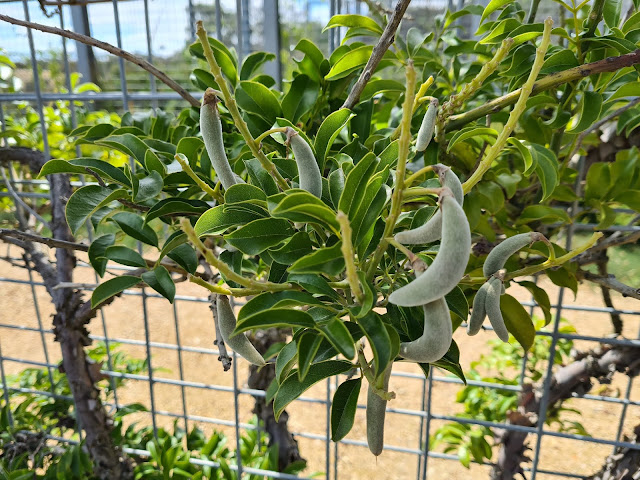 We grow it alongside more familiar Australian climbers such as Pandorea and Hardenbergia. Like them it does tend to leave the base of the climbing frame bare. Angus Stewart says it grows to the top of tall trees in rainforest, so keeping leaves at its base wouldn't be such an advantage.
This species used to be part of Callerya, along with 18 other species, but two years ago the three in Australia were moved to a newly created genus, Austrocallerya. This was to make the classification consistent with the latest DNA evidence, creating taxonomic groups (genera) that better reflect evolutionary origins and relationships.
So Austrocallerya megasperma has moved from Milletia to Callerya to Austraocallerya. Oh, and Ferdinand Mueller, quite reasonably one would have to say, first described it as a Wisteria, so you can add that to the list. 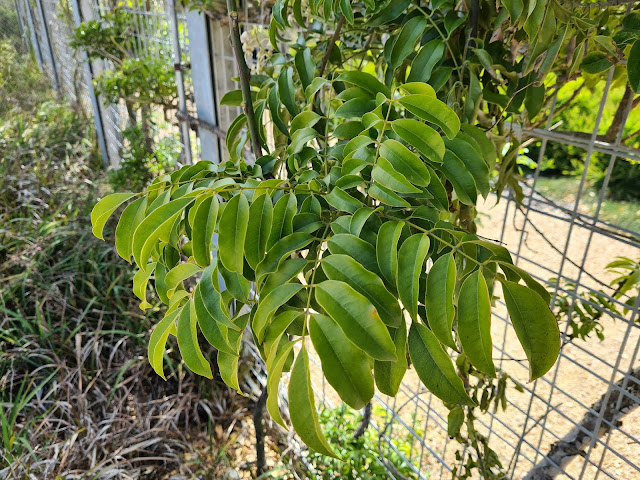 Rodger said…
Tim, it is good to see someone writing bout this beautiful but sometimes very vigorous climber. Having seen it in its subtropical forest habitat in SE Qld I must admit that I had my doubts about how plants would go in the Australian Garden at Cranbourne Gardens. However proved wrong again as the plants have done pretty well there!

Talking Plants said…
Thanks Rodger. Seems to often be the case that plants aren't growing in all the places they could (in nature or in horticulture)!
2:00 pm, April 13, 2021