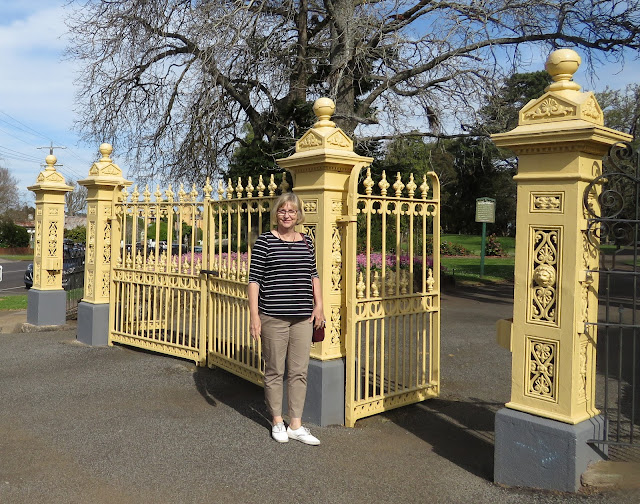 The Hamilton tourism site proclaims its 4-hectare botanic gardens is the fourth oldest in Victoria. That's probably true, with land set aside in 1852 according to Gwen Pascoe in her Long Views and Short Vistas: Victoria's Nineteenth-century Public Botanic Gardens. Earlier ones would have been Melbourne (1846), Geelong (1851) and Portland (1851).

Like many of Victoria's 40 or so botanic gardens remaining today, Hamilton Botanic Gardens is included on the Victorian Heritage Register, acknowledgement of its historical, scientific and aesthetic significance. 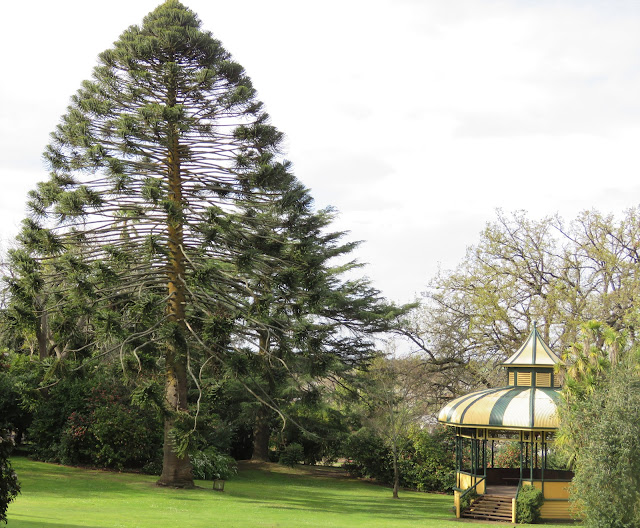 The design today is Guilfoylean - with curved paths, vast lawns, a lake, and the contrast of 'mass and void' - and was created by Guilfoyle - his plan for the garden is held (but at least in September 2019) not displayed in the Hamilton Art Gallery. That tourism website boasts, again legitimately, that this is one of the State's most 'intact examples of a 19th century regional botanic garden'.

The first major plantings and original design in 1870 were by another Melbourne Botanic Gardens landscaper, William Ferguson, followed up in 1881 with Guilfoyle's intervention. 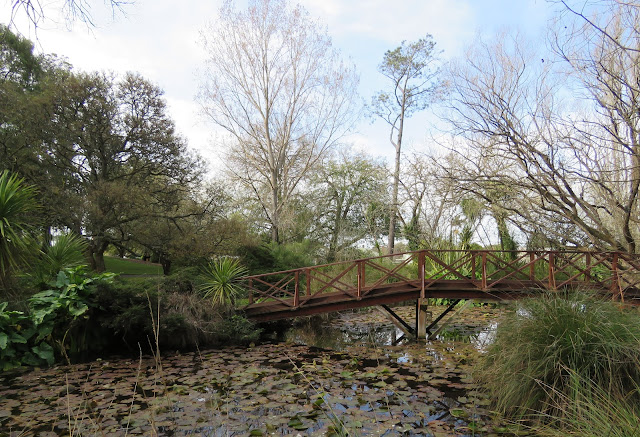 Significant plants today include a Kentucky Coffee Tree (Gymnocladus dioicus; a legume rare in horticulture in Australia - we have two in Melbourne Gardens), a very tall Funeral Cypress (Chamaecyparis funebris) and two Himalayan or Banjh Oaks (Quercus leucotrichophora; again rare in horticulture; although not on our database, knowlegable volunteer, Jenny Happell, tells me we have one in Melbourne Gardens - below the Plant Craft Cottage).

National Trust listed trees, according to the sign by one of the gates, include a California Live Oak (Quercus agrifolia), a Digger Pine (Pinus sabiniana), an English Oak (Quercus robur), a Corsican Pine (Pinus nigra var. maritima), those three listed in the paragraph above, and one that disappears behind the clivea obscuring the bottom part of the sign...

I saw some of these, and other big trees (including this Giant Redwood, Sequoiadendron giganteum), all of which do impress. 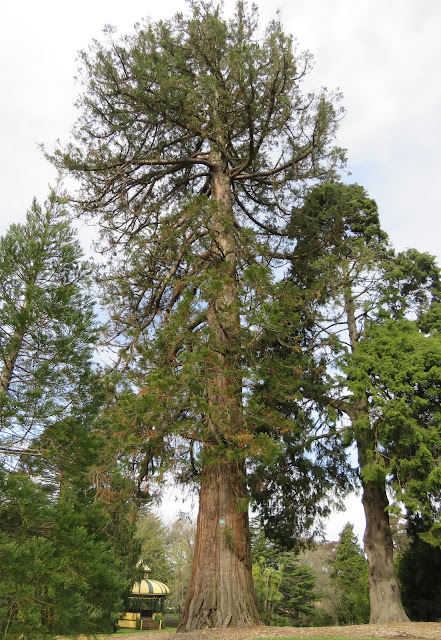 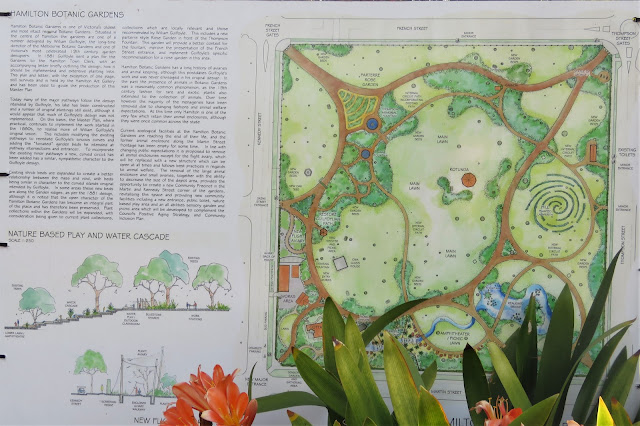 The plan includes recognition of William Guilfoyle's guiding hand but also the animal enclosures (present since 1885) and other uses of the site.

The first priorities are to replace the aviary and workshop, renovate the glasshouse, fix the Thompson Fountain and build a new toilet block. When I was there in September the aviary was close to completion, the workshop looked like it was working, the new toilet block was ready to flush and only the fountain was awaiting its restoration. 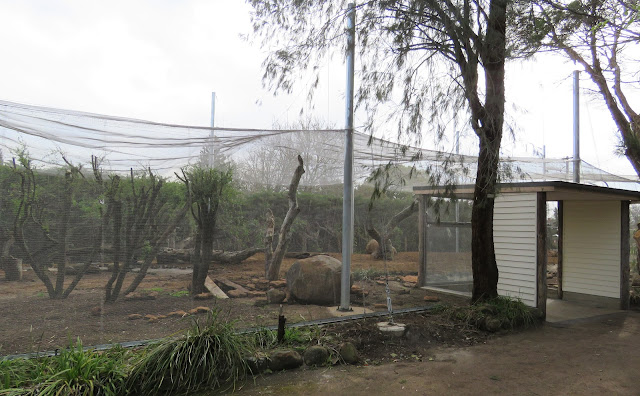 Correct me if I'm wrong, but Hamilton would be the only botanic gardens in Victoria with an extant animal enclosure. Sale Botanic Gardens used to have an aviary, with peacocks, but I think they now run free, and we once had some caged and netted creatures here in Melbourne Gardens, but no more.

Speaking of peacocks, I expect this one will stay as a resident in Hamilton Botanic Gardens but not part of the aviary community. 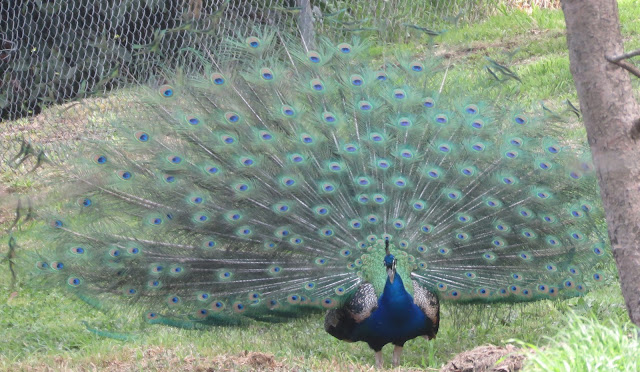 kristinahojholt said…
This comment has been removed by a blog administrator.
7:50 pm, December 10, 2019

William Annie said…
I want to use this medium to testify of how i got back my ex husband after divorce, i and my husband have been married for 8 years with 2 kids, we have been a happy family. Last year his behavior towards me and the kids changed, i suspected he was meeting another woman outside out marriage, any time i confronted him, he threatened to divorce me, i did all i could to make hings right but all to no avail until i saw a post on a "love and relationship forum" about a spell caster who helps people to cast spell on marriage and relationship issues, when i contacted this spell caster via email, he helped me cast a re-union spell and my husband changed and came apologizing to me and the kids. Contact this great spell caster for your relationship or marriage issues via this email: chiefdrlucky@gmail.com or Whats App him on +2348132777335 Website : http://chiefdrluckysolutionhome.website2.me/ Good luck
4:17 am, January 22, 2020