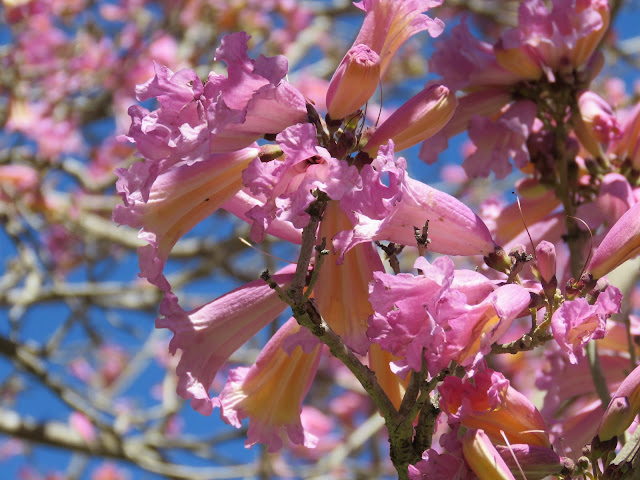 I was in Brisbane a few months ago, talking to the Friends of Brisbane Botanic Gardens and Sherwood Arboretum, deep breath, and the Australian Garden History Society (Queensland Branch), breathe again. The names are protracted but prescriptive, which is perhaps most important, and both groups were hugely enthusiastic and engaged.

I spoke about our Landscape Succession Strategy, the somewhat euphemistic title of our plan to adapt the living collections and landscape at Melbourne Gardens to the ravages of the climate crisis. One plant I wondered about while walking through the Brisbane City Gardens - part of BGGSA - was the Pink Trumpet Tree.

It was early August, and Handroanthus impetiginosus was in full flower. A floral show and botanical name hard to walk past. 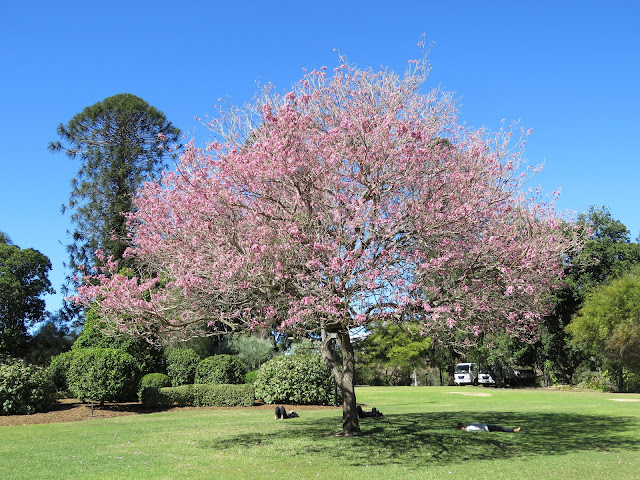 From these countries it made its way to the parks and gardens of North America, Australia and other tropical to subtropical parts of the world, where the name Pink Trumpet Tree works well.

Because pink trumpets it does bear, in profusion during late winter (or early sprinter in my own seasonal system). These flowers also betray its family allegiance, the Bignoniaceae, nestled in with things like Jacaranda and Catalpa. Think of it as a pink jacaranda. 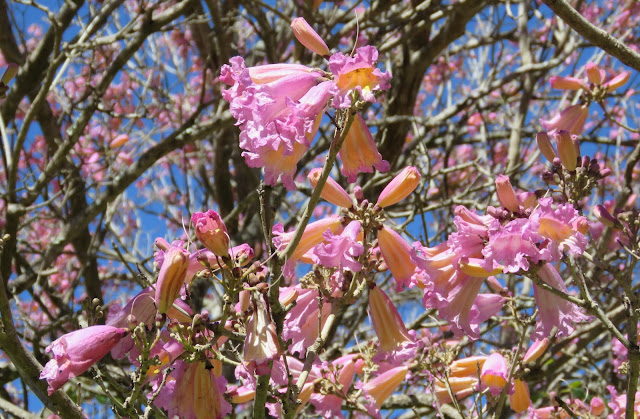 The plant has its uses in the Americas, with the bark a source of various medicinals, the active ingredient likely in most cases to be the rather potent chemical lapachol. That ungainly species name refers to the use of the plant in treating impetigo (a bacterial infection of the skin).

But I was keen to explore its horticultural potential (and a bit more about its botanical name). The climate in Melbourne in 2090 is, according to our models, to be a little like Dubbo (in inland New South Wales) or Algiers (in northern Africa). Either way, warmer days and less rain.

The Pink Trumpet Tree grows grows in Israel today, so that's a good sign; it clearly tolerates dryer conditions. It seems to also grow well in subtropical climates, in full sun, which bodes well for what we expect in Melbourne (should our community fail to act responsibly, leaving carbon pollution levels as high as today).

Although not yet widely planted in Australia, it has already become naturalised near Bellingen in northern New South Wales, so it may prove to be too much of a survivor (i.e. a weed). Perhaps it may be like Jacaranda, which can spread a little or escape occasionally, but not to a great extent (he says bravely!).

As to the first part of its botanical name, Pink Trumpet Tree used to be included by mistake in Tabebuia, which means ant wood - ants live (apparently notably) in the hollow dead wood of this genus. The new name, Handroanthos is the awkward juxtaposition of 'Handro' to honour the Brazilian botanist Oswaldo Handro, and 'anthos' for flower. 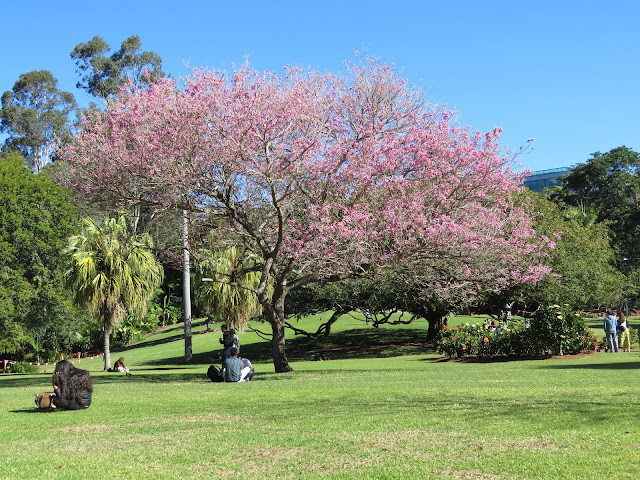 Daniel Smith said…
You're an astoundingly talented blogger. I have joined your feed and envision searching for a more noteworthy measure of your marvelous post. Furthermore, I have shared your site in my casual associations!
OFFICE.COM/SETUP
OFFICE.COM/SETUP
MCAFEE.COM/ACTIVATE
6:35 am, November 08, 2019

Unknown said…
very informative.I have just planted the tree in Harare Zimbabwe in Africa where Jacarandas do very well..hoping to play my part mitigating against climate change....
Rose Mukogo
1:14 am, November 30, 2020

Talking Plants said…
Keep planting! It's a lovely tree. Must be a few fascinating local trees too. Good luck. Tim
6:38 am, November 30, 2020

Beth Molnar said…
Lining the street approaching Fortitude Valley,they are beautiful, but the flowers make a hazardous mushy mess on streets and footpaths.