Every Scottish city in New Zealand needs a castle (garden) 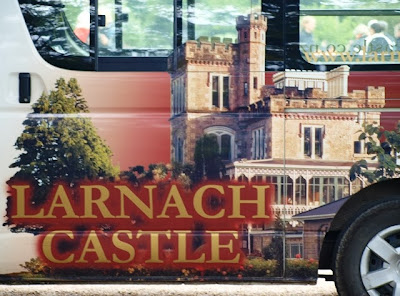 Last week I was on a bus circumnavigating (almost) Otago Harbour, around Dunedin in New Zealand's South Island. This wasn't the bus but this was the castle garden where the bus journey finished.

After a little scepticism - our narrating bus driver was a fascinating mix of James Joyce and John Clark and his description of Larnach Castle focused on suicide and the 'uniqueness' of the design - I was won over by the garden. Really charming design and some great plants. The mix of colours was sometimes a little hectic but the gardeners past and present are clearly having fun. 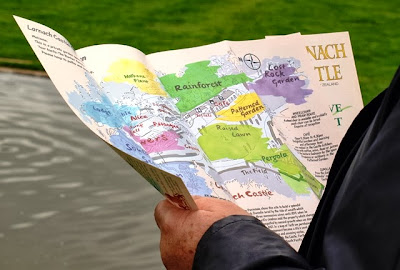 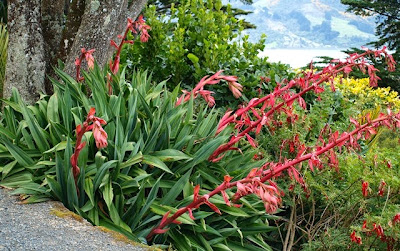 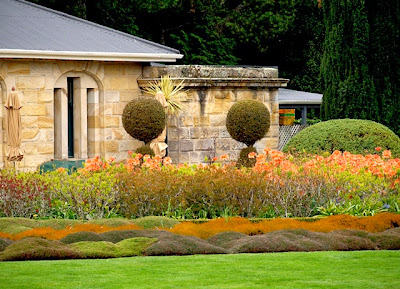 The Barker family bought the property in the 1967 and have been restoring the house and garden ever since. Margaret Barker met us on the Raised Lawn in front of the house to tell us a little of its history from 1870 through to the challenges of the 50 years they've been working on it.

William Larnach, the Australian banker who built and lived in the castle with each of his three wives, (in)famously committed suicide in New Zealand's House of Parliament. I gather from our Joycean bus driver, Shane, that he was unhappy to discover his last wife was having an affair with his son. But I may have misconstrued the narrative. Safer to get back to plants...

The Kowhai (Sophora tetraptera) is considered by some to be the national flower of New Zealand, competing strongly with the New Zealand Christmas Tree or Pohutukawa. It also competes, in my head at least, with Sophora toromiro, the now extinct species from Easter Island that we grow in Melbourne's Royal Botanic Gardens. Take a look at pictures of that species on the web and compare with the Kowhai. Here are two views from the South Seas Garden, with the wavy hedge as your reference point. First looking up hill, then down, way down to the Otago Harbour. 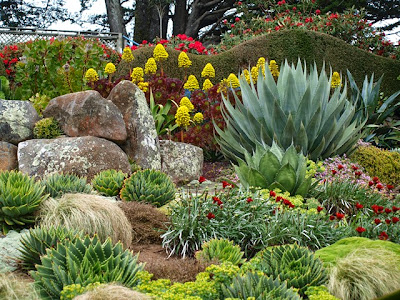 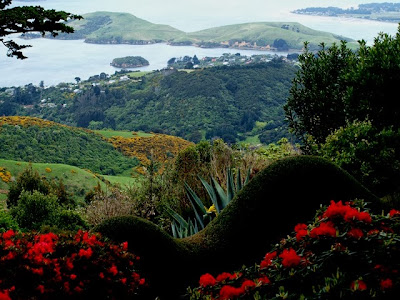 The view across Otago Harbour was pretty spectacular, but as with the whole journey around the city, there was plenty of gorse for concern (sorry...the yellow stuff). 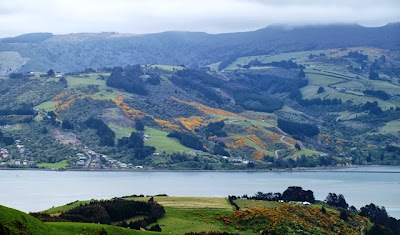 Another showy pea flower from the local Clianthus puniceus, and there it was in flower at Larnach Castle in any colour you want...as long as that's white or red. 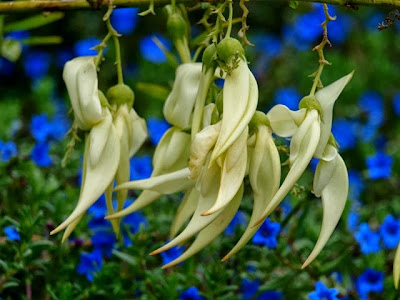 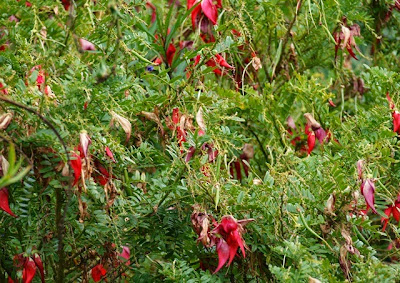 Here are two friends and colleagues from Chicago Botanic Gardens, softly out of focus behind real white ducks and next to real white sculpture. 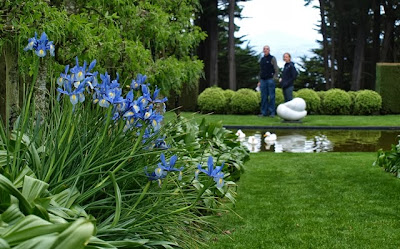 And it wouldn't be a New Zealand garden, or roadside, without some Echium. 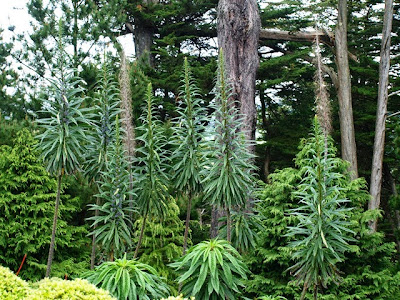 Finally, the castle itself. It is, well, as Shane put it, unique. But it does have some orange algae (Trentepohlia) gracing its front steps, so it's a good substrate. 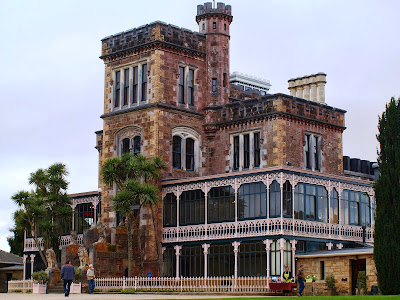 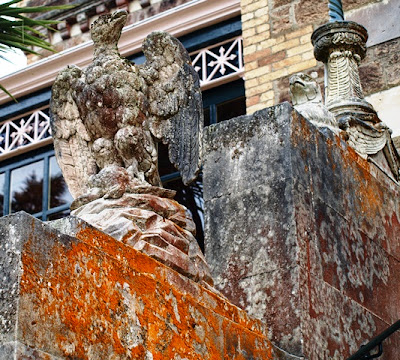