Tim Entwisle to visit [Camperdown, and to plant a wilga] 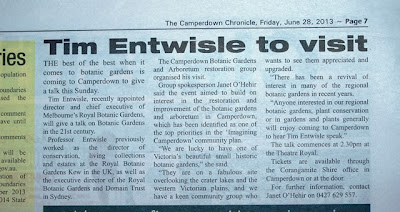 My ad hoc speaking tour of Victorian regional botanic gardens made it to Camperdown last weekend. Thanks to Janet O'Hehir there was local media saturation, right down to posters in the coffee shop where I enjoyed my Sunday morning espresso. I particularly enjoyed this headline in The Camperdown Chronicle. I feel like I've made it, at least in Western Victoria.

The town of Camperdown is a charming one. Fading a little these days but with grand buildings and a resilient civic pride. It began life as a regional town in the middle nineteenth century, named by Governor Charles Latrobe in 1854. By 1859 it had a store, a hotel, court house, police station and school. A decade later it had a botanic garden.

Camperdown Botanic Gardens was established in 1869, with Director of Melbourne's Botanic Gardens William Guilfoyle providing design and planting advice a few years in. Some of the trees provided at that time by Guilfoyle, or perhaps the Government Botanist and one-time Director of the Botanic Gardens Ferdinand Mueller, are still standing today, including Lindens (Tilea), Himalayan Oaks and an African Holly (Elaeodendron croceum). There is also this beautiful Canary Island Pine (Pinus canariensis) which I gather is a twentieth century planting. 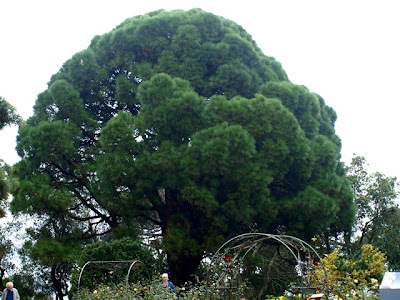 In this view of the botanic garden you can see the plinth that once supported a statue of the Scottish poet Robbie Burns. Robbie (or Rabbie) is now housed behind a viewing window in a curious room attached to the shire offices in town.

The 121 hectare site on the edge of town includes a small (three hectare) fenced botanic garden and an arboretum currently grazed by this horse, waiting to eat the tree I was about to plant. You also see me elegantly leaving the planting enclosure and, the planting under the watchful gaze of the horse! 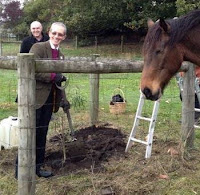 I had two functions in Camperdown. The first was to plant a Wilga or Native Willow, Geijera parviflora, a member of a mostly tropical genus of Rutaceae with this single species extending into Victoria around Nenley on the Murray River. My planting signaled the start of a major restoration of the arboretum and botanic garden, assuming the horse doesn't eat my tree...

My other task was to talk about botanic gardens in the twenty-first century, which I did later in the day in the beautiful Theatre Royal. Over the weekend, Lynda and I were graciously hosted by Pam and David Jellie, at Penzance, a collection of bluestone and timber shops converted into a rambling home and garden.

We also visited a delightful private garden overlooking Lake Gnotuk. Alan and Fiona Morris have added to a design that may have included the hand of Guilfoyle, including fascinating plants from all over the world but building on the already strong Canary Islands and Madeira focus.

So a good and hopefully influential weekend. I notice the wilga is planted as a fodder tree in some parts of Australia and that sheep particularly enjoy nibbling its leaves. It's said some specimens are more palatable, and attractive to grazing, than others. Hopefully mine is one of the less tasty wilgas.

On the up side, if the horse does chew my ceremonial planting, it might help it stay in better health. Aboriginal people in northern Australia chew the leaves of the Wilga to relieve the pain of toothache.

To finish, a few pictures of Camperdown countryside and another of the local passions. 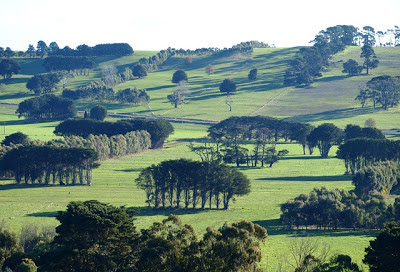 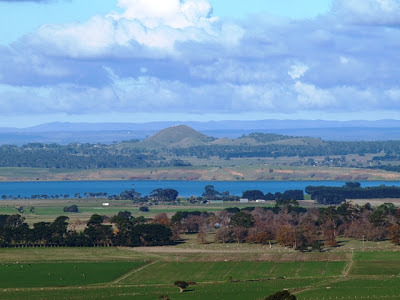 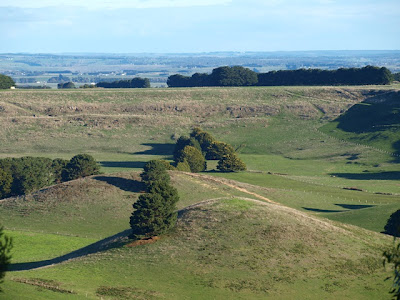