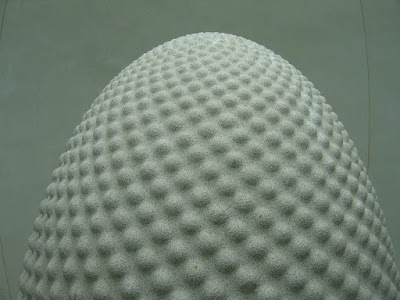 I was asked a question today about links between maths and botany. Of course the architecture of all plants is guided by mathematical principles - from structural engineering to keep them upright to various constraints on growth at a molecular and cellular level.
As a young scientist (i.e. quite a few years ago) I was on the look out for ways to combine mathematics into my botanical research. I wasn't so interested in statistics or 'applied maths', but was intrigued by why plants looked the way they did and how they grow, often (as in a tree) in a very iterative way.
In the end I got diverted into the discovery and classification of plants and algae, but I've always been intrigued to patterns in nature. One of the most famous it the Fibonacci series, and I spoke about this with Simon Marnie (ABC Radio Sydney, Weekend Show) about a year ago. Given this was before I was a regular blogger, I'll copy the notes for that interview here:
"Fibonacci, or Leonardo of Pisa as he was known to his friends, was perhaps the great mathematician in Europe during the middle ages.

He was one of the first Europeans to use the 1-10 number system we enjoy today, and he asked the pertinent question ‘how many pairs of rabbits are created by a pair of rabbits in one year’.

The answer to this question led to the discovery of a sequence of numbers that now bears his name, the Fibonacci Series.

These numbers appear with surprising regularity in botany. A well know example is the spiralling of flowers in something like a Sunflower, or the scales on a pine cone. If you stare down at the tip of a pine cone or in the middle of a sunflower you see the segments (individual flowers, scales etc.) spiralling out in two ways.

One way is called the steep spiral – these run most directly to the edge of your view. The other is the shallow spiral – these curve around and include more segments before then reach the edge of your view. The number of spirals you see in both cases – shallow or steep – will be a Fibonacci number, and the ‘steep’ will be the next number in the series after the ‘shallow’.

All this sounds weird until you look at a flower and fruit but it will quickly come to you if you look at the real thing in your garden.

Petals on a flower are often in a Fibonacci series number: e.g. 3 in an iris, 5 in a buttercup, 8 in delphiniums. There are exceptions of course, such as a doubling of these numbers in some species.

Why is this so? It’s probably due to developmental constraints and opportunities… What that means in the real world is there are some efficient ways of packing cells and plant structures so that each unit has maximum exposure to light or pollinators or whatever.

In more precise terms, each new unit is about 222.5 degrees away from the previous one because this, on average, allows the best ‘packing.

But then some plants don’t conform entirely. There is the Lucas Series which goes 1, 3, 4, 7, 11… But really this is just the Fibonacci series starting with 1 and 3, rather than 1, 1 and 2. With some different constraints at the start, this presumably results in the most efficient arrangement of the various bits and pieces.

Botanical garden architecture is now mimicking these patterns. There is the education facility at Eden Project in Cornwall, ‘The Core’, and the new treetop walk at Royal Botanic Gardens Kew. ‘The Core’ even as at its core a 70-tonne piece of Cornish granite sculpted into a seed with a Fibonacci pattern of pimples [the photo above is the top of 'The Core']."
Email Post

Jim said…
Fibonacci rules. If you are into spirals.
But the best plants are essentially two dimensional and in a flat world Mandelbrot and the Julia-set rocks!
Fractal geometry can even design entire plants. Check out http://www.home.aone.net.au/~byzantium/ferns/fractal.html from right here in Canberra, and also http://www.popmath.org.uk/rpamaths/rpampages/fern.html
2:23 pm, July 10, 2009

Talking Plants said…
A blast from the past - Mandelbrot and fractals! I used to have a really primitive but fun piece of software that ran on DOS, producing some great fractal pattterns...
2:26 pm, July 10, 2009