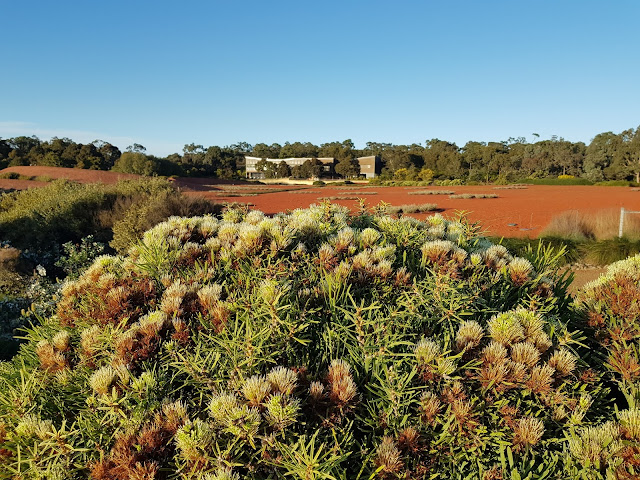 Clearly someone among the late Kevin Taylor, Kate Cullity, Perry Lethlean and Paul Thomson likes, or at least liked, the Cauliflower Hakea when they designed the Australian Garden at Cranbourne. Or maybe the recognised it for what it is, a tough and effective hedge plant.

That hedge is now being trimmed a little, and even removed in places, as we give the Australian Garden a little room to breath. In particular, lower and reduce the barrier between the Red Sand Garden and the woodland and other walks alongside it. 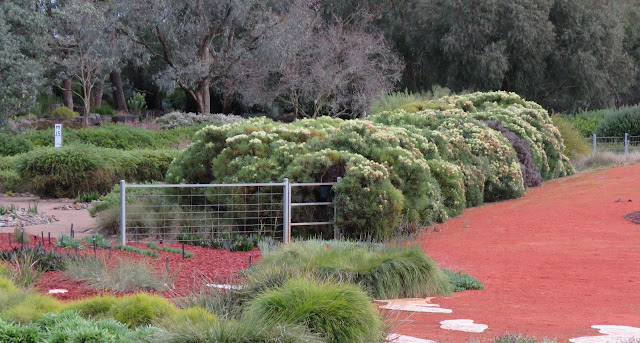 Hakea corymbosa is one of the prickly hakeas, of which there are quite a few. It is widespread across the southern part of the south-west of Western Australia, if that makes sense. For those of you who know the region, 'Mount Caroline south to Wagin and Denmark, and east to Israelite Bay'. It's not uncommon. 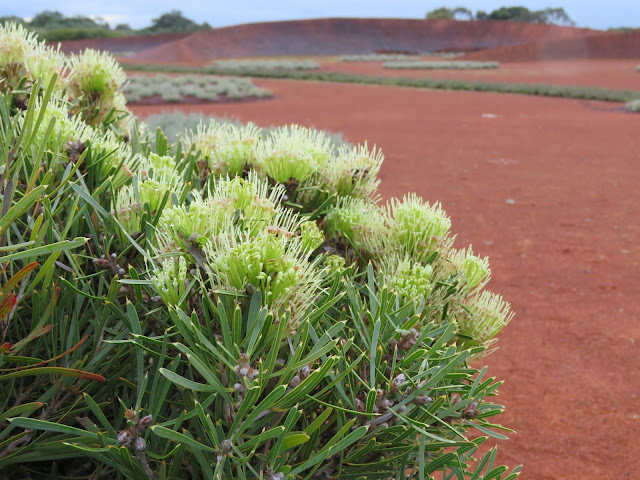 The young shoots, 'water canes', apparently have longer leaves than those you can see on these mature branches, taking about 12 months before they morph into the more permanent foliage.

Cauliflower Hakea is known to be a good bird attractor, which may have been part the early interest in this plant for the Australian Gardens. This one attracted a Little Wattlebird when I was photographing earlier in the year (in July). 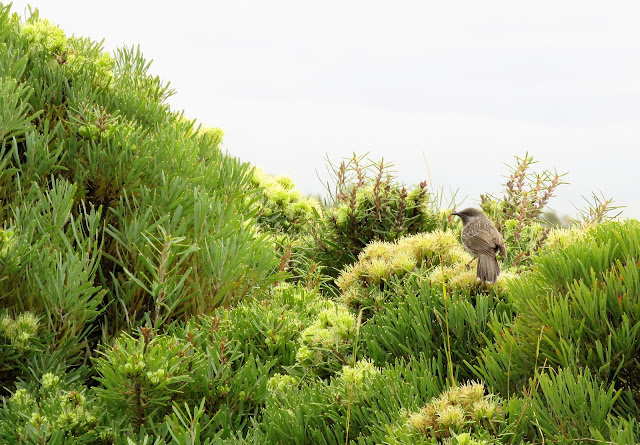 While there are lots of flowers, they are a little hidden from view and coloured to blend into the shrubbery rather than to make a striking display. Still, birds like them, which is probably more to do with the nectar. 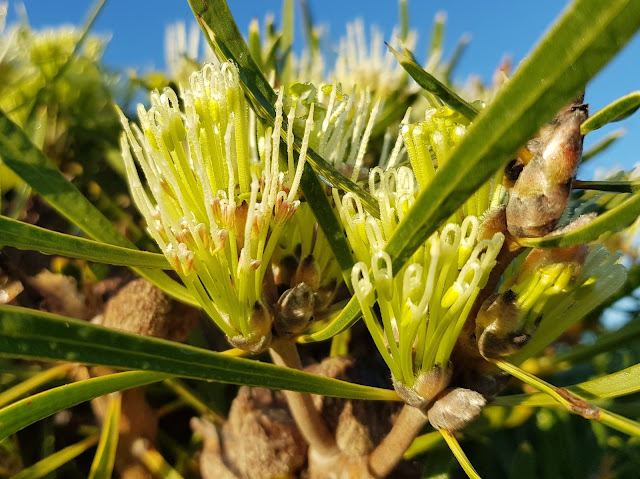 As with all hakeas, the seed is kept within the woody fruit kept attached to the bush. The valves only open after bushfire or stress of some other kind, releasing the seed.

You'll also notice no appendages ('horns') on the fruit, although it does have a 'beak', the pointy bit at the end. The fruit structure is used, along with other features, to gather hakea species into helpful groups (for identification and if used with care, evolutionary relationships). 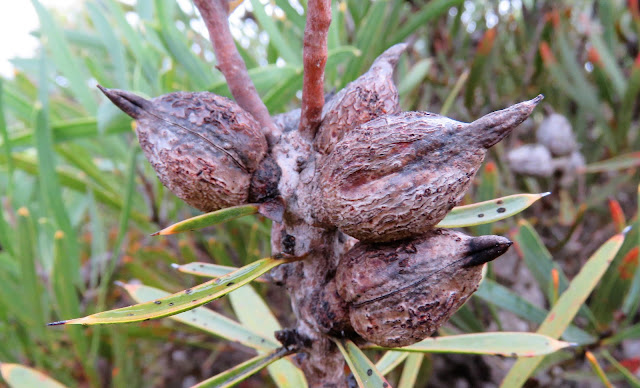 In recent evolutionary trees generated for Hakea, this species is grouped with spectacular Royal Hakea, Hakea victoria. Which curiously could also be called the Cauliflower Hakea, due to its large, wrapping leaves. This is a photo I took in of that species back in the year 2000.


To use the name Cauliflower Hakea for Hakea victoria would be an travesty. Not that I would mind a more Republican emphasis, it's just that its too pretty to be called after a cauliflower. And in any case, the botanical name honours an English Queen who has as far as I know, not been compared to a cabbage-like vegetable.

Yes, Cauliflower Hakea is much better suited to our rather plain but effective hedge in the Australian Garden. 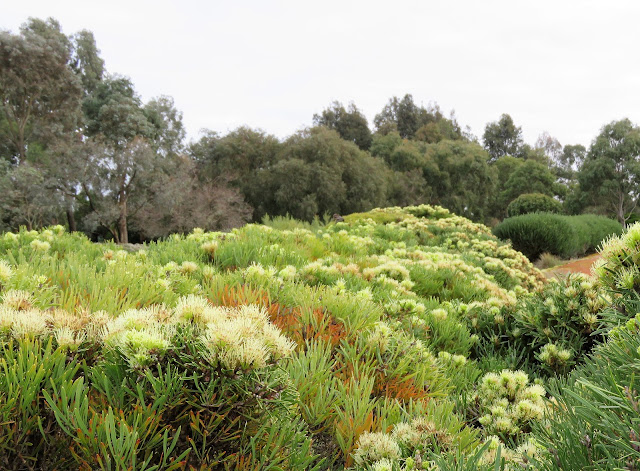