An anise with a seaside aroma 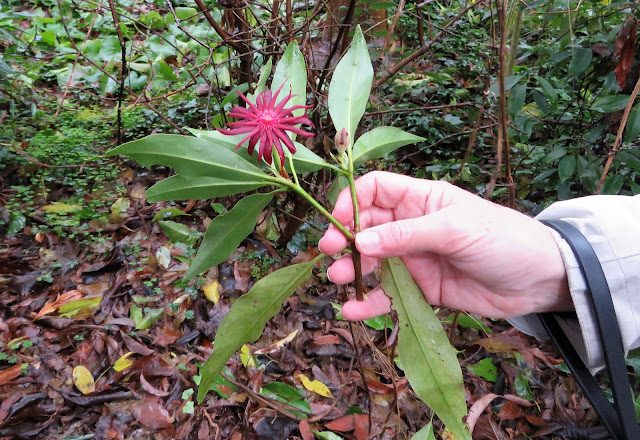 Guess what this flower smells like. Maybe a fine port, like the similarly coloured flowers of Magnolia figo? Or alternatively, decaying flesh, like some of the many purple or dark-coloured flowers? As you might have guessed from the title of my post, it has a ocean connection - but not piscine.

I encountered this flower and its perfume in July, when I visited Geoff Bogle's Arboretum in Hoddles Creek, in the Upper Yarra catchment on the outskirts of Melbourne. It was at the invitation of Don Teese, well known Melbourne plant enthusiast and son of Arnold Teese. Don began Yamina Rare Plants in 1969, soon joined by his father and later his brother Peter. He later started his own nursery, Yamina Collector's Nursery, which closed a few years ago.

Geoff Bogle is also a plant enthusiast. He once grew Christmas trees (conifers) for supermarkets but nowadays grows trees, for his personal arboretum. 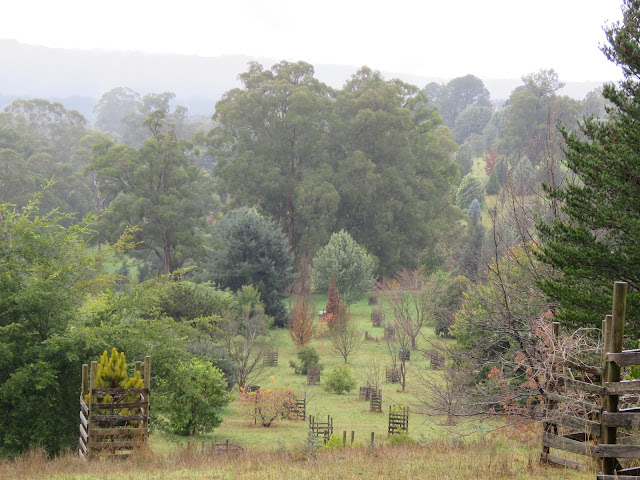 The arboretum fills a 32 hectare property, about the size of Melbourne Gardens. He started planting trees there 35 years ago, in 1985. Now there are over 4000 different trees and shrubs, including more than 1750 different conifers, 230 different oaks (158 species, rest hybrids and cultivars), 150 maples and a smattering of Australian rainforest trees.

I'm going to feature a few other the trees from that arboretum over coming weeks but, perversely (as I like to do), I'm going to start with a species that while it grows in the arboretum I did not see it on my visit. I saw it later, growing in Don (and wife Sue) Teese's equally interesting garden, which is where I photographed it for this post. (I have to confess the photos are a bit average but I can assure you these flowers are stunners.) 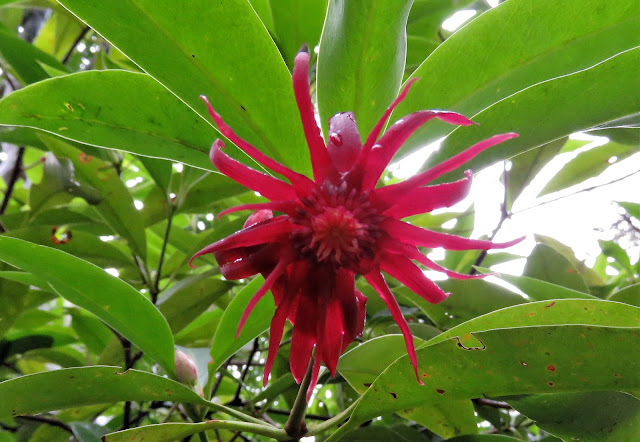 I was attracted by the scent, or at least the accurate description of the scent, as 'like seaweed'. And indeed it does smell like seaweed. Which I guess also means it smells a little like the beach, or like salt, or like ozone... But not fish.

Illicium is a genus of 40 or so species, mostly from Asia but with some species in North and Central America. The star anise (Illicium verum) is perhaps its most famous species: in this case the star-shaped fruit and its seed are highly aromatic.

My seaweed perfumed plant is either Illicium mexicana or Illicium floridanum, which tells you first that this is one of the species from the Americas. 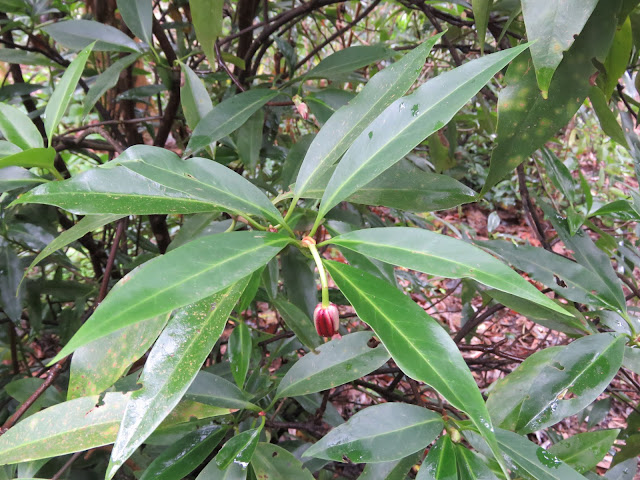 There is some uncertainty still about whether they should be considered a single or separate species, which can happen in taxonomy and plant nomenclature.  The Flora of North America treats them as a single species, called Illicium floridanum, but a later study shows some important chemical differences that support keeping the two apart.

Both species are listed in the checklist Geoff Bogle has for his Arboretum, so one day I can return and make my own comparison. For now, I'll stick with Illicium floridanum. I gather the two species look pretty much the same and I'm assuming (and hoping) they share this seaside floral perfume. 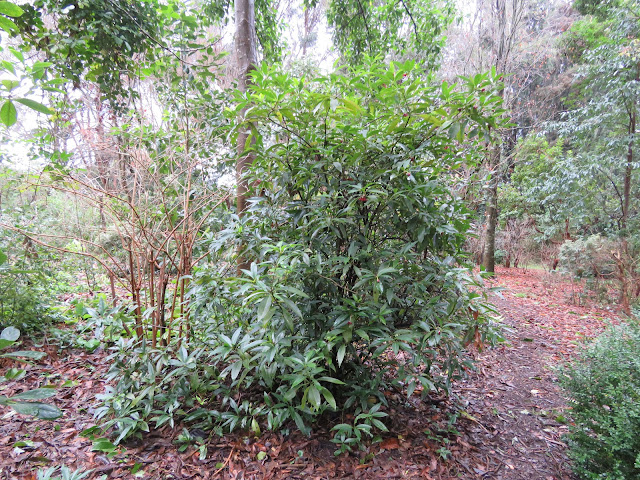 John West said…
Tim,
Seaweeds have many different smells and those change with exposure and drying, can you be more specific?
Thanks
John
5:21 pm, October 15, 2020

Talking Plants said…
Honestly, no... A good question John. As it happens my sense of smell and ability to distinguish or even describe aromas is awful! Tim
5:26 pm, October 15, 2020