Tecoma stans next to pavilion 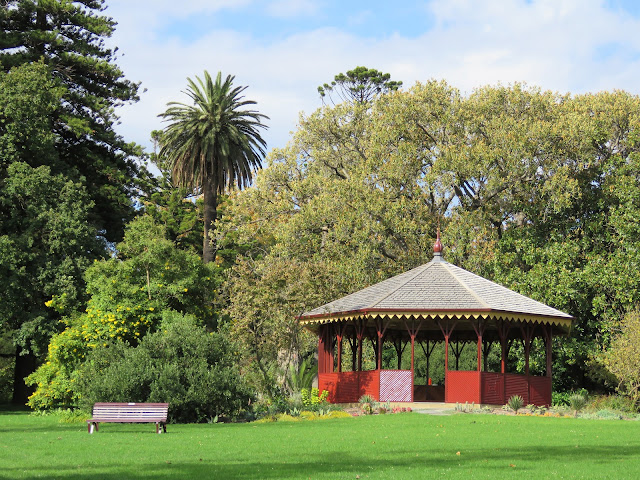 Late last year, the Tecoma Pavilion on the eastern edge of the Eastern Lawn of Melbourne Gardens was beautifully restored thanks to the generous support of Mrs Joan Dowling and her family. Mrs Dowling lives near to the Melbourne Gardens and has now funded an inviting stone seat, the scintillating new Arid Garden (with additional support from the Cactus and Succulent Society of Australia for plant material) and this charming restoration. 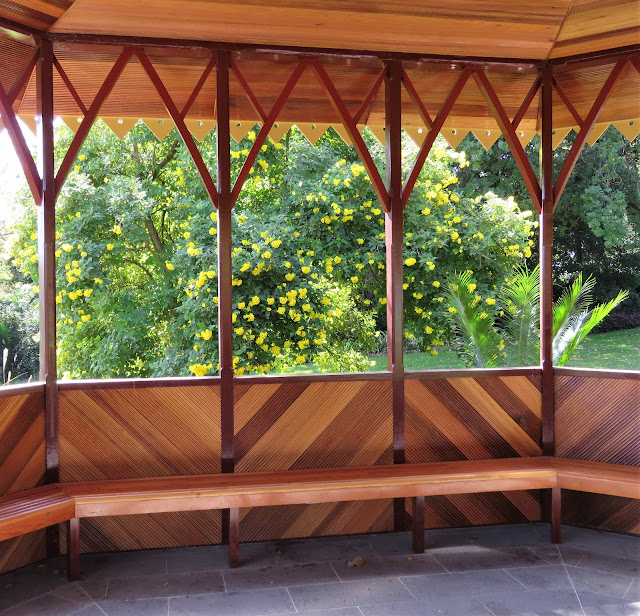 The pavilion is one of the oldest in the gardens, built in the 1880s and used since then as a rest house, a place for gatherings and celebrations, and a bandstand. In a 1908 guidebook for Melbourne Gardens the structure was called Tecoma Rest House. The 1970s renovations replaced the light wooden barrier with a solid stone wall, all now removed and replaced, along with the flooring and cladding on the roof.

While this post all about Tecoma stans, a shrubby species of Tecoma with bright yellow flowers now growing next to the pavilion, William Guilfoyle named the structure after a vine which originally covered its roof, now called Podranea ricasoliana. He wrote at the time, 'its roof [is] almost entirely covered with the beautiful delicate pink flowered Tecoma mackenii’ 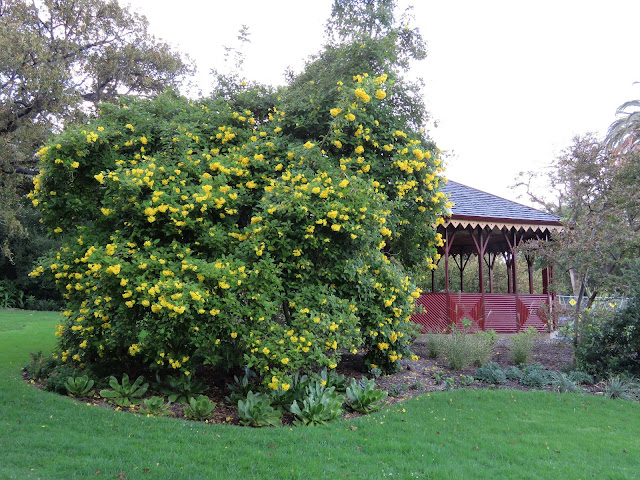 It's roof is now clear of any vine but as you can see here in April, there is still a Tecoma hogging the limelight. That plant is one of those left in place after the garden bed around the pavilion was also renovated last year.

Tecoma stans is its rather blokish botanical name. 'Stans' means sturdy and upright, as in 'standing', a reference to its shrubby rather than climbing habit. No lolling around on the roof for this one. (The genus name Tecoma is from a local Mexican name for plants with trumpet-shaped flowers, Tecomaxichitl.)

Common names include Yellow Bells and Yellow Trumpet Bush - its family, the Bignoniaceae, is often called the Trumpet-creeper family on account of the trumpet-like flowers of many species. 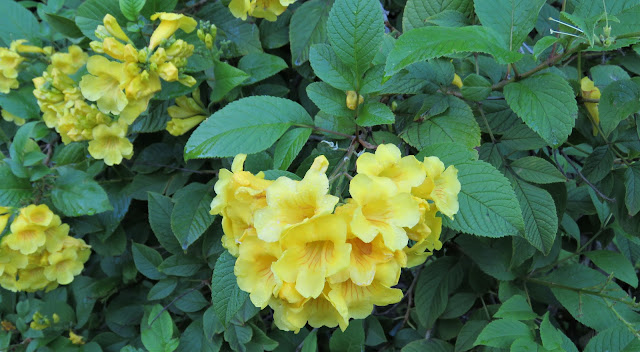 In Texas, where Yellow Bells grows naturally, the 'attention-grabbing, yellow blossoms' have made it a popular garden plant, as has its drought-tolerance. Indeed, if it wasn't such a pesky weed up north in Australia (for example, in New South Wales) I'd recommend it for our drying climate down south. In Melbourne it tolerates our climate but as things warm up it could, like Cape Honeysuckle (Tecoma capensis; another of the 12 species in the genus), become at least a localised problem.

The natural distribution of Yellow Bells is on hillsides in warmer parts of North and South America, where it attracts butterflies and, presumably pollinating, hummingbirds.


I noticed the species first this year as a flourishing bush growing protected by an adjacent house in my Boroondara suburb, which caught my wife Lynda's eye to the degree she is now doing a painting (or coloured pencil sketch) of it. Then I saw it next to the Tecoma Pavilion and thought 'Ah ha! That's why the pavilion/rest-house has that name'. Wrongly, as it turns out.

Maybe I'll start a new story. All it would take is a little snippet and photo in the next annual report or guide book about the strong connection between Tecoma stans and the newly restored Tecoma Pavilion. Both sturdy and upright, both bright and attractive. Or I can just post something in my blog. 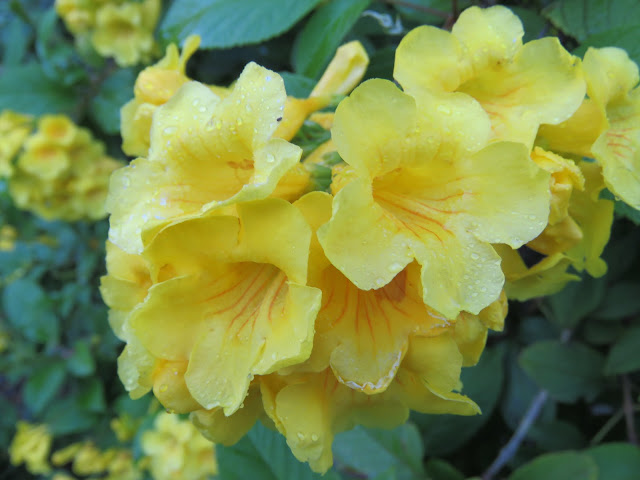