This is a weeping gum 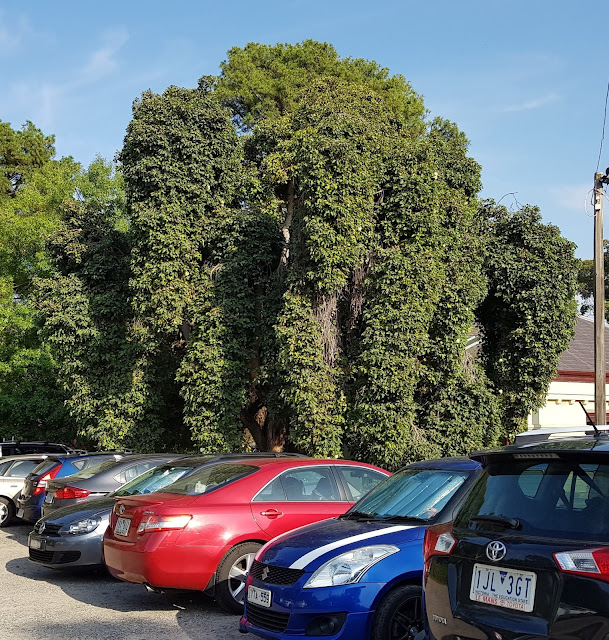 We have a weeping Marri growing next to the Great Melbourne Telescope House, in the Melbourne Observatory in the far north-west of Melbourne Gardens.

The Marri (Corymbia calophylla) is one of those resonant gum tree names from the west of Australia, along with Jarrah (Eucalyptus marginata) and Karri (Eucalyptus diversifolia). Marri, Karri and Jarrah are names used, or based on names used, by the local Indigenous people, the Noongar. The Marri is widespread throughout the south-west of Western Australia, growing in Karri and Jarrah forests or on its own in coastal plains.

There are other Marri in Melbourne Gardens, including this one out the back of the restaurant Jardin Tan, also within the Melbourne Observatory precinct. This, and the others, do not weep as much.


I had walked past the very weeping form for years without taking much notice. One of our volunteers and tour guide leaders, Jenny Happell, brought it to my attention back in February, as it began to flower. She describes it as 'the most amazing, beautiful and pendant tree of this species' she had ever seen. I would agree, and a wonderful late-summer flowering tree for any parkland in southern Australia.

Jenny was also checking that our plans for the Melbourne Observatory precinct - part of the Nature and Science Precinct extending through to a new underground vault next to the current National Herbarium of Victoria building which will house our 1.5 million herbarium specimens - would not interfere in any way with this tree. 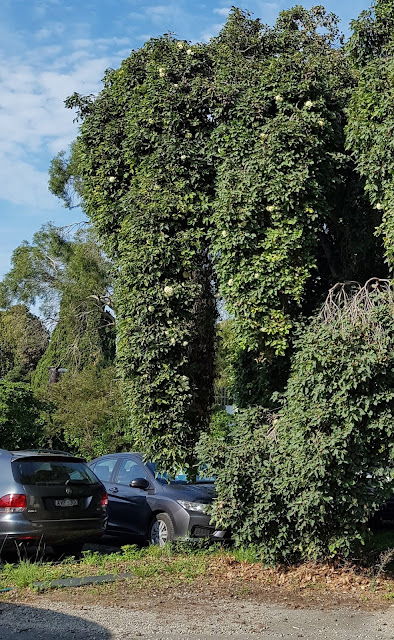 I was able to confirm our plans would not cause this tree any concern. The Great Melbourne Telescope House is under repair and will be fully restored and ready to receive the restored Great Melbourne Telescope from Museums Victoria (assisted in the restoration by dedicated volunteers from the Astronomical Society of Victoria). But its curtilage, as you can see, is currently a car park. This asphalted area will be converted to public open space with lawns and garden beds, providing a far more fitting and healthy setting for the tree and its adjacent building. 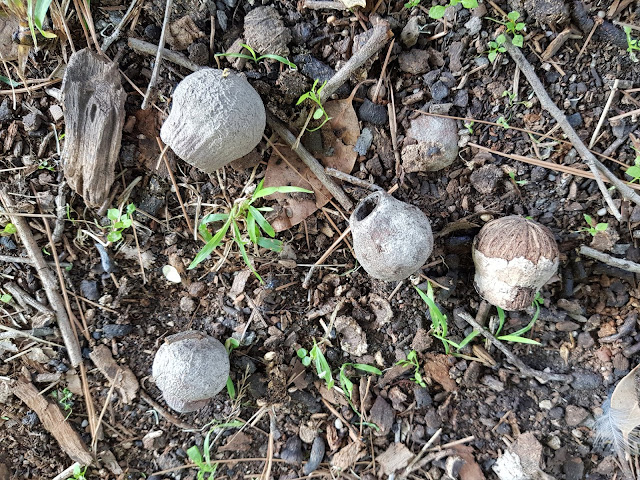 The fruits of this species, sure to bother our lawn mowers, and the related Red Flowering Gum (Corymbia ficifolia, which can hybridise with Corymbia calophylla) are sometimes called 'honky [or honkey] nuts'. They are your typical 'gum nut', as featured in children's books of various kinds. The origin of the term 'honky' is obscure but may be related to the use of these nuts for hockey - it's a term I never used in my childhood, in eastern Australia. 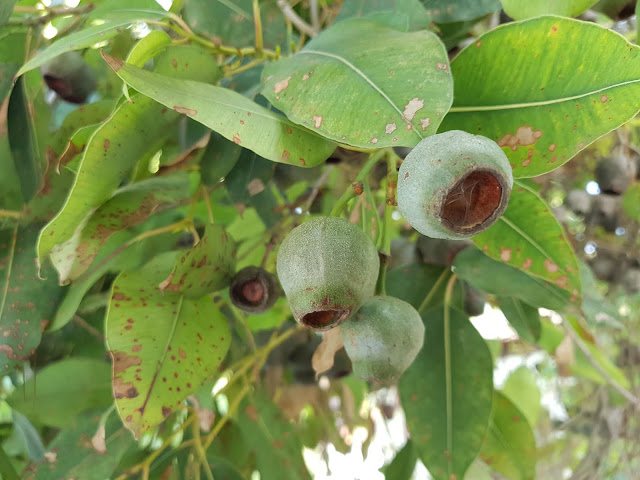 The flowers are usually white but there is a pink-flowered form, and the hybrids mentioned above result in a range of flower colours between white and red. 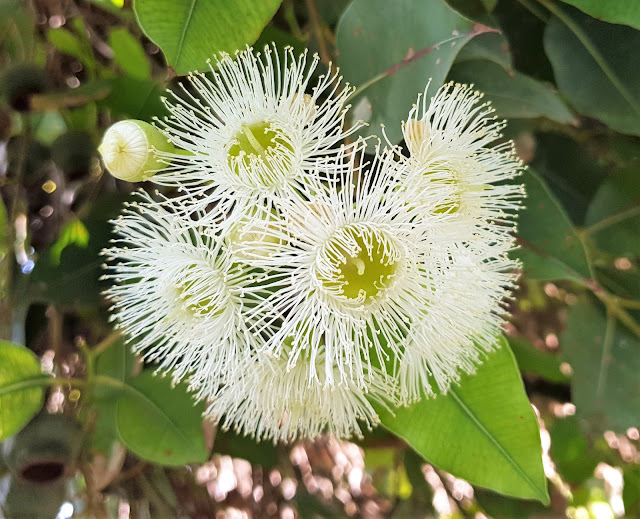 The honk[e]y nuts and terminal clusters of flowers confirm its placement in Corymbia rather than Eucalyptus, earning it the general common name of bloodwood. Marri is actually the Noongar word for 'blood', a reference to the red sap that seeps, or perhaps weeps, from rough-barked trunk or branch wounds.

As to the weeping habit, I don't know how common that is for this species. You see other eucalypts with this form, most notably around here, the cultivated Lemon-scented Gum (Corymbia citriodora). Most specimens I've seen in photographs - in the wild or planted - are not weeping to the same extent as ours. They do have a distinctive form of branching, described by the Australian Native Plants Society as dividing into two more-or-less equal branches (which seems to be what the Lemon-scented Gum does too). This does give even the less weepy trees a slightly foppish look.

In any case, our weeping tree will (contrary to the song) be weeping long. 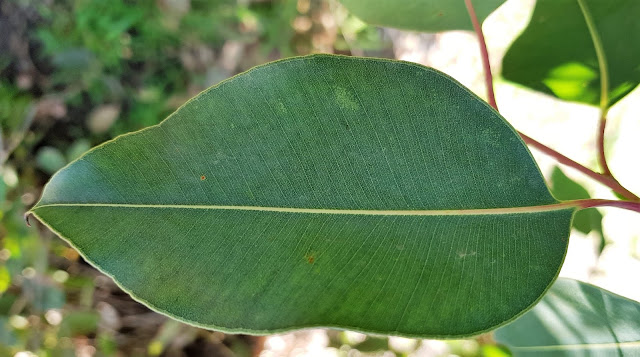