You can't have too many stories about trees (Plant Portrait XXIII*) 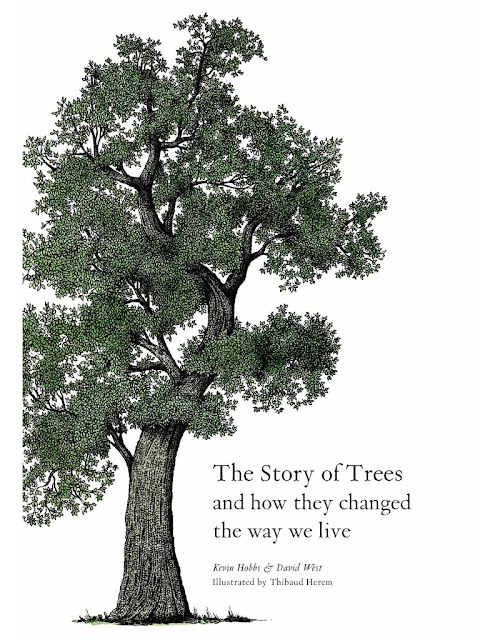 Do we need another coffee-table book about trees? I can still smell the ink in Jonathan Drori and Lucille Clerc’s Around the World in 80 Trees, a compact collection of essays and charming images that in 2018 seemed like the perfect encapsulation of human tree knowledge.

Yet the just published (2020), The Story of Trees: and How They Changed the Way We Live, by Kevin Hobbs, David West and Thibaud Hérem, is a welcome addition to my book shelf and the worldwide web of tree stories.

Perhaps because I now read novels electronically, I did enjoy the texture of the pages and crispness of the almost cartoon-like illustrations by Hérem. That’s not a criticism of the coloured drawings by the way. There are plenty of photographs and technical pictures of the 100 trees featured here in other erudite texts. These illustrations are beautiful, like those in a classy children’s book. They evoke the look and sense of a tree but not its exact morphology.

In the Foreword, Alexandra Wagstaffe from the Eden Project, says the authors manage to achieve a ‘delicate balance between fact-finding and storytelling’. I like to think facts are just deconstructed stories about our shared reality (and yes, that reality does differ between you and me, but not as much as the proliferation of falsehoods in some of today’s less scrupulous media outlets would suggest). What the authors achieve here is to tell us some good and true stories about trees. 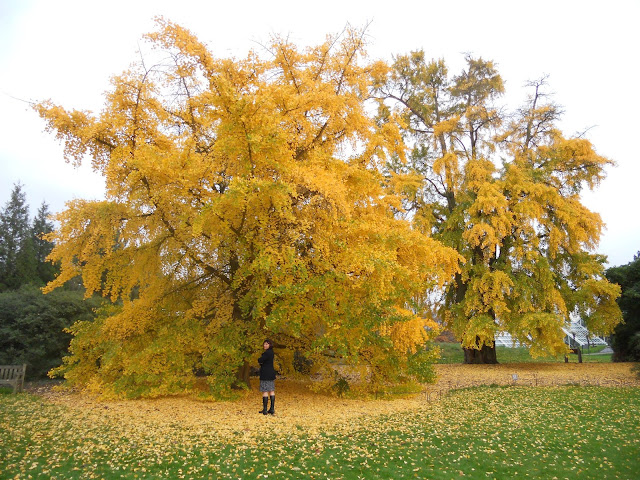 There are some pearls of wisdom and advice: grow a yew; don’t grow the female gingko; be careful when covering your privates with fig leaves as they contain an irritant; don’t plant a Tree of Heaven; and do expect a nearly 2000 year old date seed to germinate. There are some things they are not advocating but are nevertheless memorable, such as ‘live’ self-mumification in Egypt using the Lacquer Tree (Toxicodendron vernicifluum).

The facts seem pretty robust although I don’t think didgeridoos in Australia are made from Tasmanian Blue Gums (Eucalyptus globulus), given the didgeridoo is an instrument of northern areas where this species doesn’t grow. Sometimes the prose is a little archaic but that adds character to the book and you can hear the voices of the two text authors clearly. For example, ‘The hazel is an enthusiastic tree with conservable powers of regeneration when cut back’ and ‘Like the hazel, the English Walnut is generous with its gifts’. 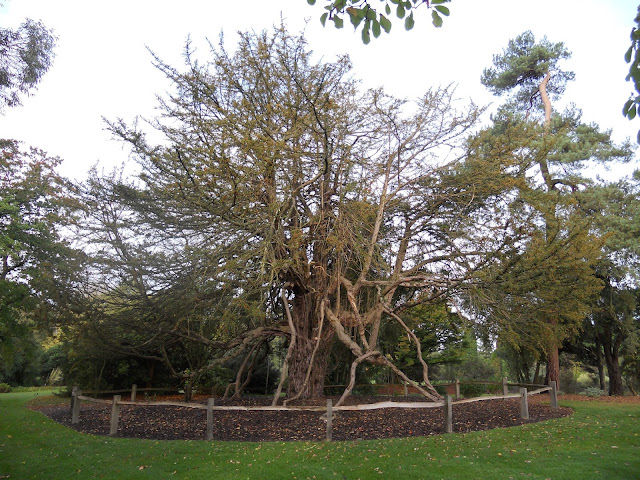 I wouldn’t have minded a little more scepticism about homeopathy and diving rods, but that’s me. Similarly with the biblical references, but this is a book about how humans interact with trees and it's true that many have or do through books like the bible.

The trees are presented in a rough chronological order based on their first interaction with humans. Which is odd and arguable in many cases, but it works fine. We start with the Chinese Maidenhair Tree (Ginkgo biloba) and the mostly Mediterranean Yew (Taxus baccata), finishing with a species only described in 2017, Incadendron esseri from Peru and Equador.

As the authors state, there are trees here from every continent except Antarctica. Oddly, Australia’s Wollemi Pine (Wollemi nobilis) gets only an honorary mention in the introduction and at a few other places in the book, but no page to itself. We (Australia) do get the Tasmanian Blue Gum, Norfolk Island Pine (Araucaria heterophylla), Bunya Pine (Araucaria bidwillii) and Macadamia (Macadamia tetraphylla). 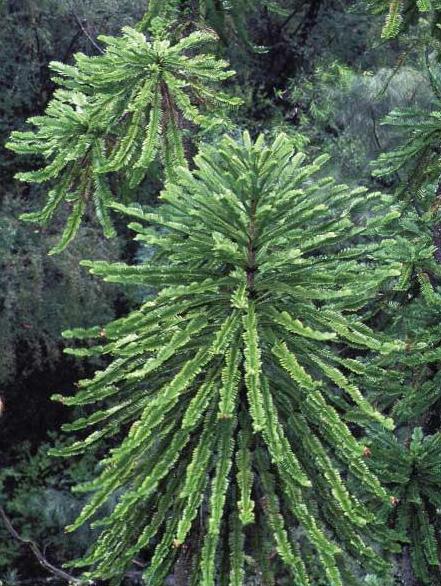 I didn’t know there were still two full-size English Elms (Ulmus minor) growing in the United Kingdom, in Brighton, and that branches of the Box Elder (Acer negundo) were hollowed out to make Puebloan flutes. Other stories were more familiar, but well told.

All up it’s a fine book, created with love and passion for the subject. I’m happy with the 100 species selected. Why not? This is a personal tour through trees the authors feel shaped our world in some way. From rubber to quinine, for food and furniture, and as contributors to folk lore and culture.

For each of the trees there is a short list of vital statistics, including predictably longevity and maximum height but also 'speed of growth'. It's a nice touch. A similar flourish is to finish the book with a selection of the world's botanic gardens and arboreta, It's a rather idiosyncratic list, but Royal Botanic Gardens Victoria is there so I'm happy with that too.

You should buy this book. As I remind you at the top of this blog, every plant has a story to tell. Trees tend to have a lot of stories, and here those stories are well told (and illustrated).

Images: Book cover from Laurence King Publishing (and if you want to buy the book from Australia, it's distributed locally through Thames & Hudson Australia), Ginkgo by two at Kew Gardens (Royal Botanic Gardens Kew), a Yew at Wakehurst Place (Royal Botanic Gardens Kew) and a Wollemi Pine growing in its natural habitat (a photograph by Jamie Plaza).

*Occasional posts are called Plant Portraits (in brackets after the blog title and marked with an asterisk). These are usually about things other than, but including passing reference to, plants. Often, they will be inspired by a book or something else in my cultural life. The idea is borrowed (very loosely and with due deference) from Milan Kundera's 'Novels, Existential Soundings', in his Encounters. These essays were as much, or more, about things other than the book being reviewed. In this particuar post of mine, it's not that complicated - it's my thoughts about a book of plant stories.

Katherine Wagner-Reiss said…
Thank you so much for reviewing this book. It sounds like a perfect source for a botanical tour guide, since nothing holds people's attention like stories. And I am still chuckiling over the fig leaf comment!
12:52 am, February 12, 2020

Talking Plants said…
Thanks Katherine. Even when you think you know all the big stories about plants there are new threads or new quirky facts to be revealed... Always fun! Tim
7:21 am, February 12, 2020

Unknown said…
It's a beautiful book and a delight to read. I agree Tim, something lovely about holding the hardcover book!
11:13 pm, February 19, 2020