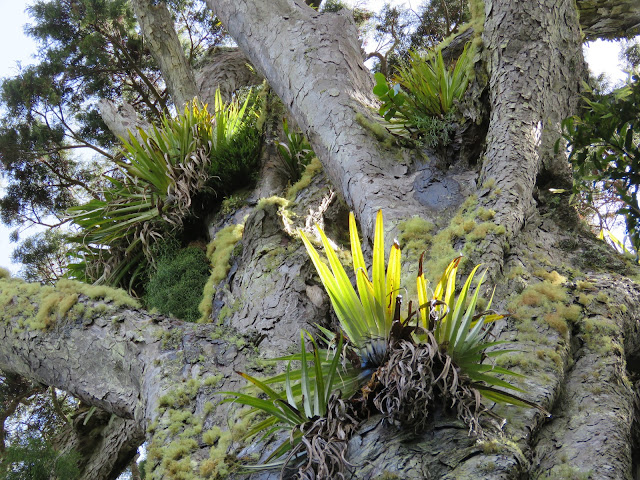 From a pesky but pretty weed resident in New Zealand for 50 years (last week's offering), to a towering tree estimated to be 800 years old. This 35-metre-tall Rimu is also home to a forest within the forest.

Rewi Elliot, Manager of Otari-Wilton Bush - where I saw and photographed this Rimu - told me there are likely to be 15-20 different plant species living as epiphytes in this giant conifer. (You can hear Rewi say this, and more, on a ABC RN Blueprint for Living podcast.)

Some, such as an (Astelia-like) Collospermum, are called nest epiphytes because that's what they look like. They have extensive roots systems allowing them to cling to the branches until they eventually fall when they accumulate too much soil and detritis or their roots age and fail. There are also perching lilies, native Pittosporum and many ferns as well as uncounted lichens, mosses and algae. 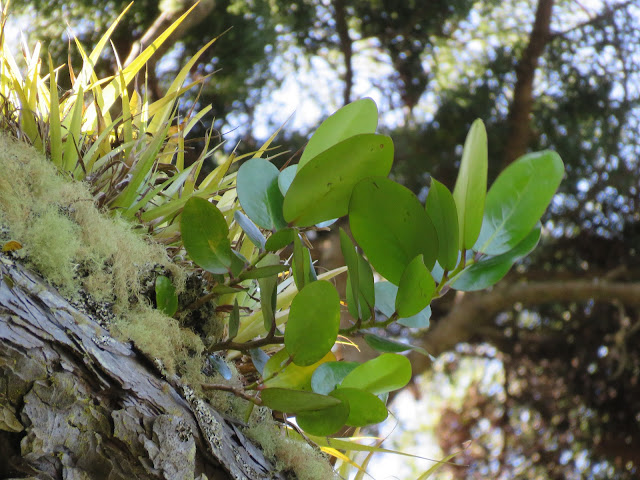 The Rimu (or Red Pine), Dacrydium cupressinum, is an emergent forest tree in the podocarp family, a kind of conifer. There are about 20 species of Dacrydium, found from New Zealand up into subtropical South-east Asia; from fossils we know the genus once grew in New South Wales and Victoria.

Rimu trees are either male or female, with cones of both sexes less than a centimetre long. The foilage is distinctly drooping, although slightly less pendulous in the branches of this younger specimen elsewhere in Otari-Wilton Bush. 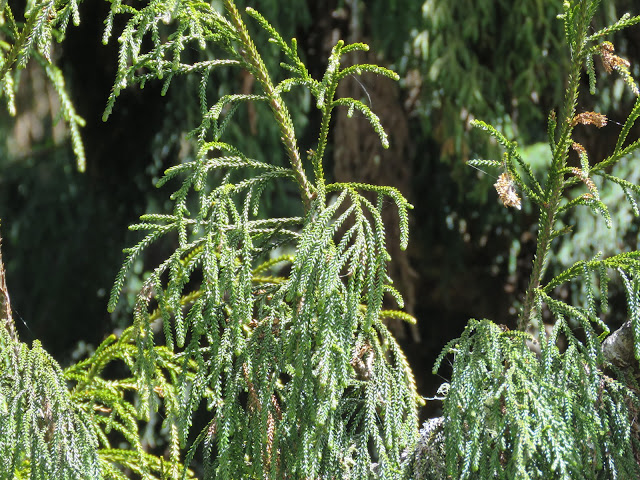 It is not common today because it was harvested for timber up until the 1950s. In fact is was in great demand just after the Second World War due to the demand for new housing. You can still find it as floor boards in older homes, or recycled in sought-after furniture.

Maggy Wassilieff, in Te Ara: The Encyclopaedia of New Zealand, describes the Rimu as New Zealand's most common and widely distributed conifer. Yet is survives today only in nature reserves and some carefully managed private land.

There aren't any trees reaching 60 metres as they did, apparently, back in the day. On good soil, Massilieff says the Rimu can reach 50 metres high; Rewi Elliot reckoned just over 30 metres is as much as you could expect on the less productive soils around Wellington. In Australia, planted specimens have so far reached only 16 metres. 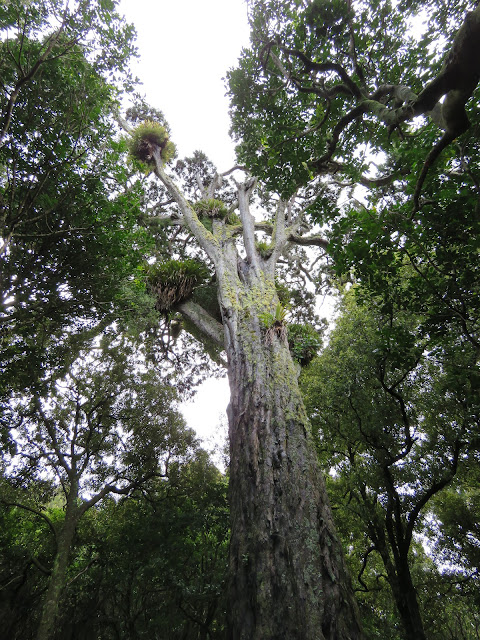 While Wassilieff says the Rimu 'can live for more than 1,000 years', she adds that 'a life-span of 550–650 years is more common, as old trees become susceptible to uprooting in strong winds'. And the winds around Wellington are notorious persistent and strong.

Still, my Royal Botanic Gardens Victoria colleague Chris Russell took an alternative field excursion the day I saw my Rimu, reporting back to me that he got to see one not far from Wellington that was 1500 years old. That's the way it is with old things - there is always another just a bit older, or purported to be so.

In any case, the bigger and older the Rimu, the more opportunities for other plants to hitch a place to live. We have two moderately mature specimens in our New Zealand collection at Melbourne Gardens. This one is out in the open, in Southern Lawn, the other among divaricating shrubs and other plants from New Zealand in a nearby garden bed. 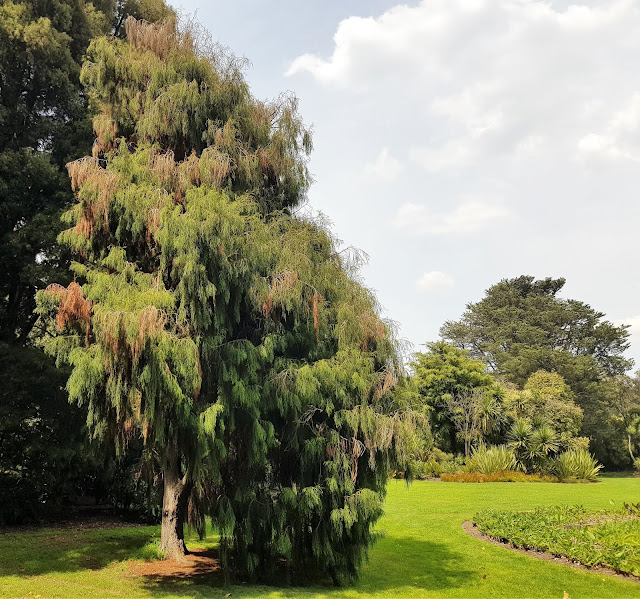 If they survive the changes in our climate over coming years - drying and warming - I think curator Kate has plans to adorn them with a few New Zealand epiphytes. So in a few hundred years, the upper branches might look like this... 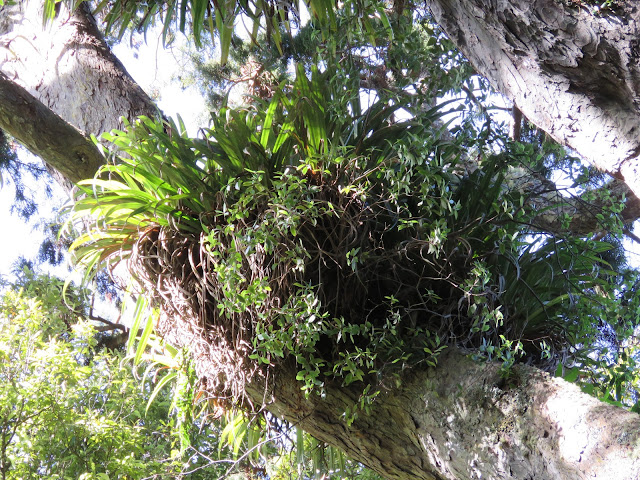