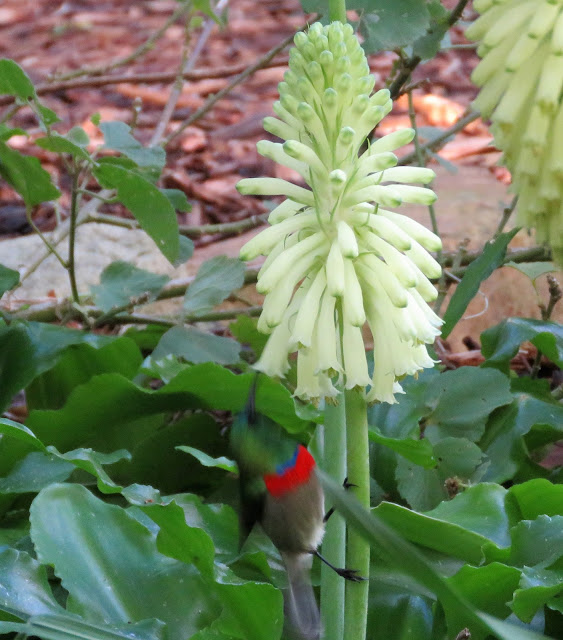 A return to South Africa today, to Kirstenbosch National Botanical Garden in Cape Town, and to a pretty bulb and its almost as pretty pollinator. The plant is Veltheimia bracteata, the Forest (Sand) Lily or Winter (and sometimes) Red Hot Poker. The fast moving bird is the Southern Double-collared Sunbird. Which we'll call SDCS.

OK, the SDCS might even be prettier than the flower...

Like most sunbirds, the SDCS is promiscuous, so I was able to learn a little more about it from some interpretative signage near another its favoured flowers, an iris relative called Lions Paw or Cobra Lily (Chasmanthe floribunda). 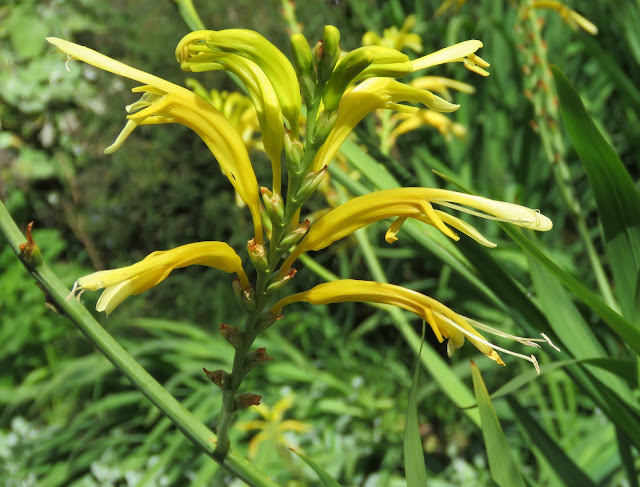 This plant may be familiar from another species in the same genus, Chasmanthe bicolor, which  has become established in Victorian bushland and elsewhere in southern Australia from dumped garden rubbish.

Here in South Africa, though, it is part of the local flora and a welcome garden plant. I had read elsewhere that the twisting of the floral tube in the Chasmanthe flower may have evolved as a way to prevent the beak of a sunbird damaging the ovules at the base of the flower.

On the signage this idea was developed further. There are a few different sunbirds that visit the Lions Paw. The Malachite Sunbird, which must have more of that 'malachite green' that covers the head of our SDCS, is a bigger bird and inserts its beak all the way down the floral tube to get nectar from its base (perhaps with that twist protecting the ovules).

In doing that, the head of the sunbird is brushed with pollen from those pollen-breaking stalks you can see sticking out of the flower. It carries that pollen to the next flower, which has the receptive female part dangling in a similar place. 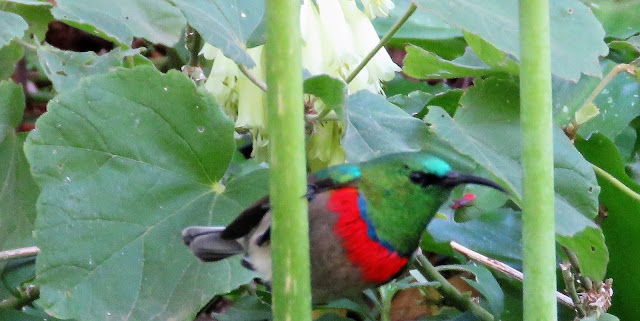 Our SDCS (above) is a smaller bird, with a smaller beak. Better suited perhaps to the Forest Lily flower? When it wants to get nectar from the Lions Paw it punctures the bottom of the flower and suck the nectar out from the side. This keeps it well clear of any pollen so its a miserable pollinator. A thief, as they say on the sign, or a cheat. 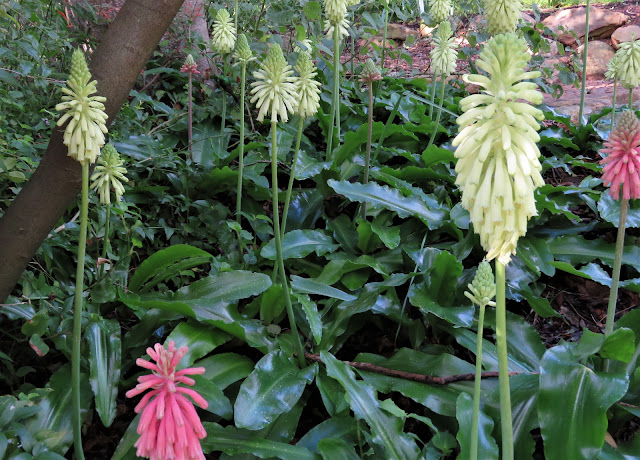 Thankfully, our Forest Lily has simpler, shorter flowers, and as you can see from the photography at the top of the post, our SDCS does the right thing. It sticks its beak down into the flower tube so that the top of its head brushes against the pollen which is again near the opening flange of the flower.

So I'm thinking the Southern Double-collared Sunbird and the Forest Lily have a mutually beneficial relationship. Here in Australia we don't have the sunbirds so you may end up with an 'unhappy' bulb, in that it can't set seed. 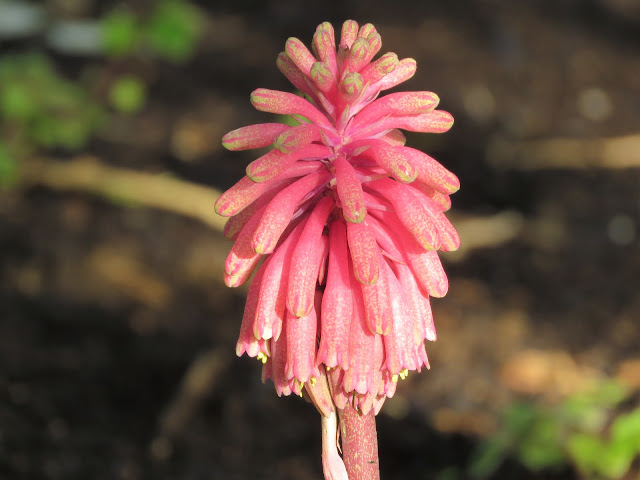 To my knowledge the Forest Lily (above) is not a weed here, although it can settle in and spread in a dry and shady garden setting, as it has under one of the lovely Moreton Bay Figs at Heronswood. It's drought resistant so may be a survivor, as well as a spreader.

The flowering stalk will reach 60 centimetres, with fleshy leaves to almost half that height. The leaves, with distinctive crisped margins, die back briefly in summer, except in frost-free, well watered areas.

The flowers I photographed here, all from Kirstensbosh, are the typical pink-flowered form and (below) the yellow-flowered cultivar, 'Lemon Flame'. There are a few other colours, but mostly variations of pink and pale yellow.

Forest  Lily is a not uncommon species of forests and bushland in the Eastern Cape. Veltheimia (named to honour the German geologist, August Ferdinand Graf von Veltheim) has only two species, the other being Veltheimia capensis, which as the names suggests is from the same part of the world. 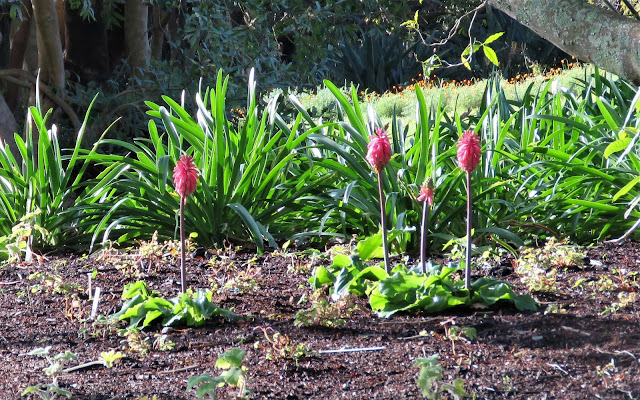