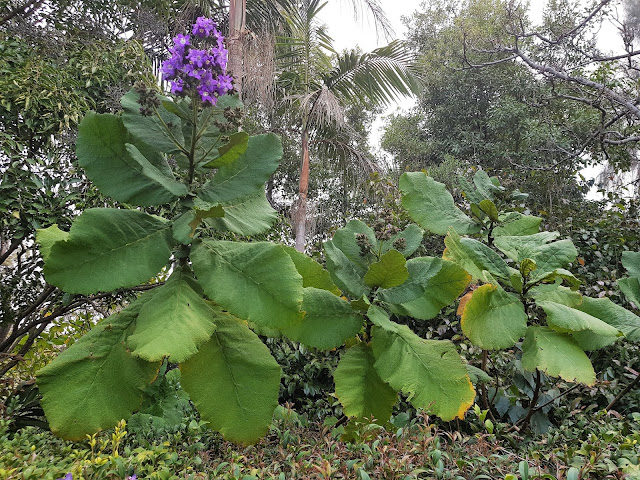 As I was leaving the office about this time last year I noticed, a cluster of large purple flowers poking out of something that looked like fiddle-leaf fig. The leaves were not shiny, or indeed fiddle-shaped, but they were big and fighting for space as you often see in Ficus lyrata.

I thought at first this lanky shrub was a pumped up version of Purple Torch or Blue Mist, Bartlettina sordida (aka Eupatorium atrorubens), a fluffy-flowered plant in the Melbourne Gardens and elsewhere. A closer look at the flowers and leaves revealed something more akin to borage than a daisy. 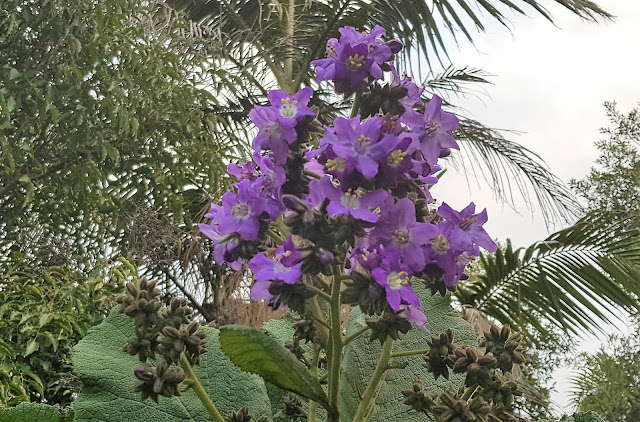 It's Wigandia caracasana, in the family Namaceae, once Hydrophyllaceae and before that Boraginaceae... Only the tail end of that history probably helps you place the species. It is far more like a giant borage than a fig (or a daisy). Recent molecular data has seen the family Boraginaceae split into groups that were once subfamilies or less.

The Namaceae has four genera, including namesake Nama, which is a North American group of herbaceous plants. I can't help but tell you what Nama is named after. 'Nama' is Greek for stream, the habitat for the species seen and mentioned by Linnaeus (Nama zeylandica), who coined the genus name.

But back to Wigandia, an equally intriguing name perhaps. Turns out to be a sixteenth century German bishop and botanist, Johann Wigand. The species name 'caracasana' has to be after the capital of Venezuela, Caracas. This species is from Venezuela and Colombia. Most Wigandia species are from Central and South America, with a couple in North America. 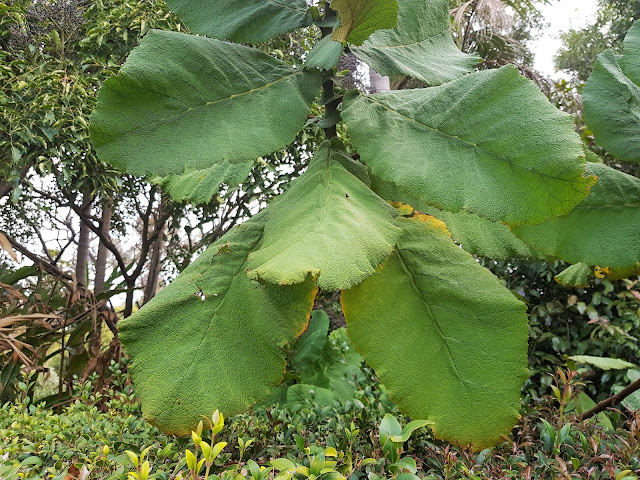 As local horticultural guru Stephen Ryan points out, the giant leaves can give you a little sting. Or, if you are less lucky, the kind of eczema or dermatitis you might get from poison ivy and other Rhus. So let's not touch the leaves.

Standing well back in early spring (late sprinter), I could admire the large, purple flowers emerging from those large irritating leaves.

It suckers a little, as you can see where it grows, here and there, on the walk opposite the Ian Potter Foundation Children's Garden at Melbourne Gardens. 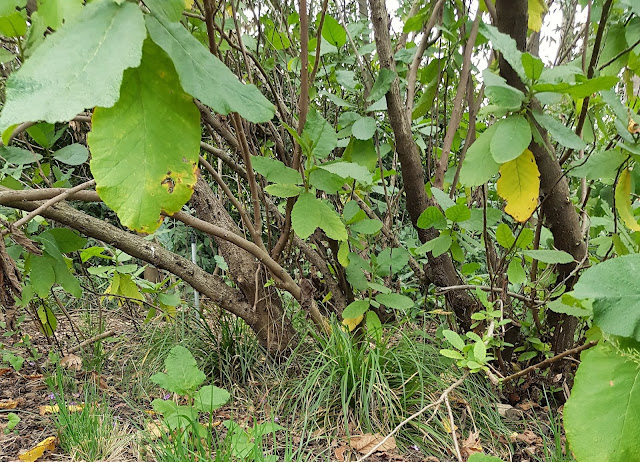