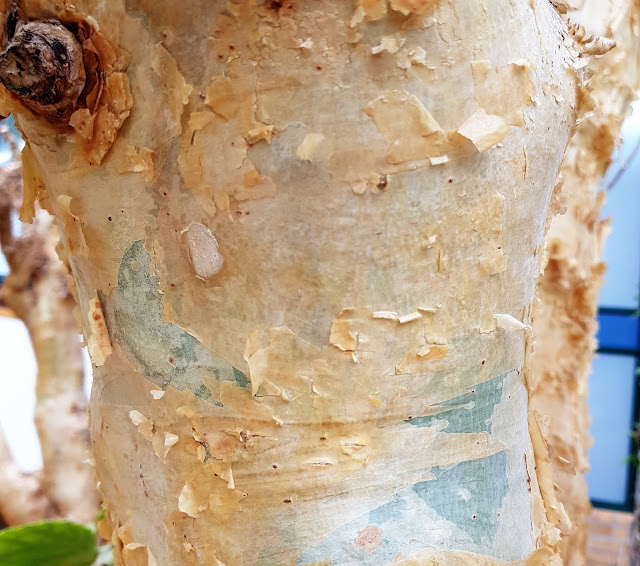 I like large trees in glasshouses, particularly when they look like they are enjoying their situation and fit the theme of the display. All very artificial, but also the culmination of the gardening craft. This is the Kobas, inside the Conservatory at Kirstenbosch National Botanical Garden in Cape Town, South Africa.

Back in 2011, I was talking about how one of the plants we call an Elephant's Foot, Cyphostemma juttae, was a grape. Or at least a member of the grape family, Vitaceae, as evidenced by its clusters of juicy red berries.

I wasn't lucky enough to see either flowers or fruits on this relative of the Elephant's Foot from the Namib Desert, called Kobas or Butter Tree (Botterboom in Africaan). What it lacked in fruit, Cyphostemma currorii made up for in papery (buttery...) bark texture. It's not dissimilar to a few Central American trees I included in a post last year,

This species is as popular as Cyphostemma juttae for the collector of fine succulents, but a little less common and slower to get to fruit. It's also taller (to seven metres) when it gets the chance. In this picture, with my friend Colin Clubbe from Kew Gardens as the token human, the huge leaves make it look a little like a giant begonia. 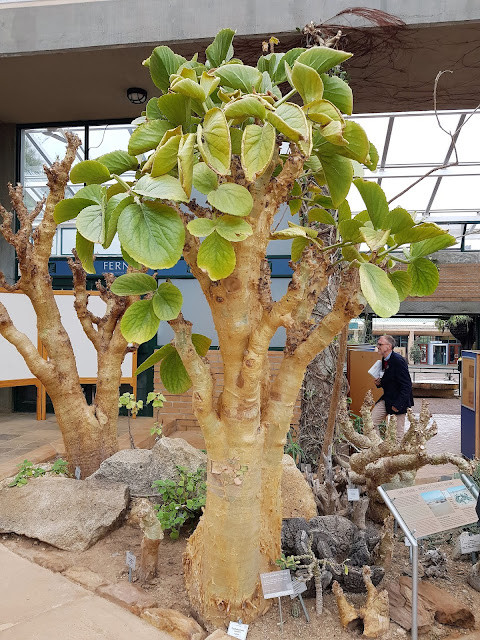 The genus Cypohostemma has lots of species, about 150, which grow mostly in the tropics and subtropics. Kobas though is a desert plant, from rocky areas in Namibia. The buttery bark reflects sunlight and the inflated stem within stores water. All helpful for its survival in this habitat. 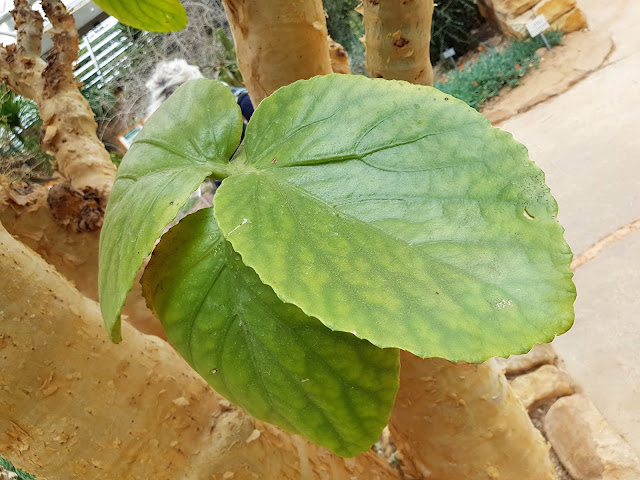 The leaves are softly hairy when young, with a reddish sheen, but the mature leaves seem to just have a few stray bits of fluff on them. This is actually a compound leaf, consisting of three chunky leaflets. The plant is deciduous, with leaves appearing only after flowering (which occurs October to December in southern Africa) and usually only held until the rains finish.

Like the Elephant's Foot, its fruit is poisonous to humans, despite being eaten locally by monkeys and baboons. It seems that, for us, the oxalic acid in the fruit (and in the leaves) is rough on mucous membranes.

But as I say, no fruits for me. Which is what you'd expect in August, even inside a glasshouse. The retention of the leaves might be unusual, perhaps in this case because of the glass (although the larger Baobab, Adansonia digitata, in this next picture is leafless). 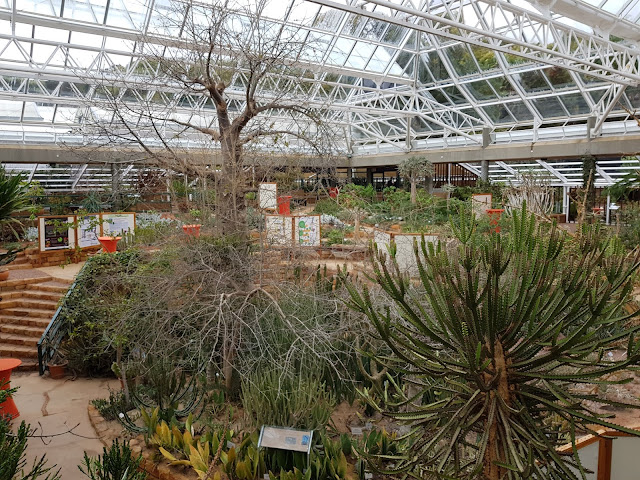 Patrick said…
spectacular! we need an arid glasshouse of our own in Melbourne to display all these fascinating plants.
8:02 pm, July 09, 2019

Talking Plants said…
True! Our new Master Plan for Melbourne Gardens includes a Conservatory on the lakeside, which could include this kind of habitat. This particular project is a few years off, but an exciting one... Tim
8:20 am, July 10, 2019