Carrying a torch for the daisy with no why 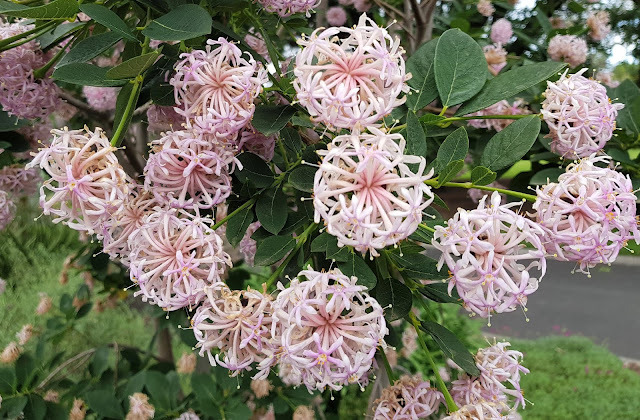 The flowers are the colour (sometimes described as lilac pink) of the Cape Chestnut, Calodendron capense, and when the plant grows to the height of a small house it has the form and look of that beautiful tree (albeit in miniature).

Like the Cape Chestnut, Pompon Tree (or Pom-Pom Tree; Dais cotinifolia), this week's guest on Talking Plants, is from the eastern side of Africa mostly (although the Cape Chestnut extends through to Cape Town).

Both trees flower around Christmas in Melbourne, and in southern Africa. I know it from both Melbourne and Sydney's city botanic gardens, photographing it first in Sydney in December 2008 (the image below), and then in Melbourne, ten years later (all other pictures included here). Sophie Thomson, on Gardening Australia, describes it as an old-fashioned shrub, which these days is a bit of badge of honour. 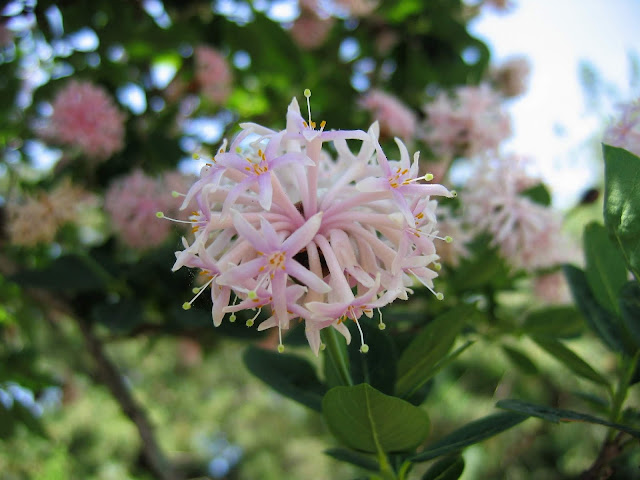 I'm intrigued by the genus name Dais, which on first glance looks like it's misspelt Daisy. Then my mind drifts to daises. You know, lecterns and the like. The derivation cited on the ever reliable and informative PlantzAfrica site is from the Greek word for torch, dais. The stalk and bracts around the flower head look like a torch about to be lit, presumably with the final bloom providing a soft hued flame.

The leaves are like a Cotinus, hence the species name. 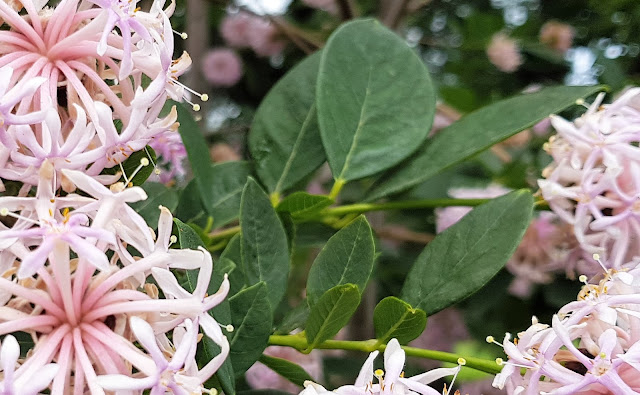 In South Africa, children and adults both use the dried flower bracts (which remain on the tree for some months) for model-building, games and decoration. It's not obvious but the bark is quite fibrous and can be used to make rope, as well as for tanning.

An alternate common name, South African Daphne, gives away it's familial relationships. Like Daphne (and Edgeworthia and Pimelea), Dais is in the Thymeleaceae. You see the family resemblance in cluster of softly hairy flowers.

There is only one other Dais species, from Madagascar.

This species is tough and compact, and should cope well in a climate-changed Melbourne. It's natural habitat in Africa is the 'margins of forests, wooded hill slopes and in stony kloofs'. In Melbourne Gardens it grows at the far edge of our South Africa collection.