The allegedly anti-cancer bush of the western Karoo 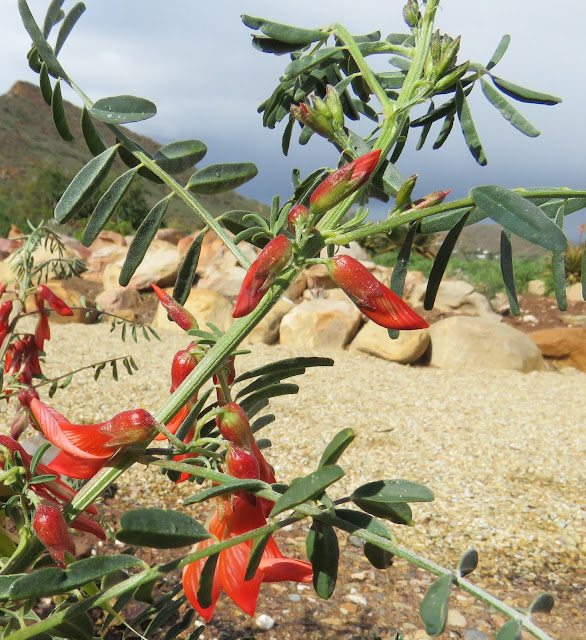 The South African Department of Health recommends the use of Cancer Bush to help manage acquired immune deficiency syndrome (AIDS). This bitter-tasting plant from southern Africa is also 'prescribed for treatment of cancer, tuberculosis, diabetes, anxiety and clinical depression'. How it works and how effective it really is for some of these conditions is still a matter of contention.

Traditional healers in South Africa use Cancer Bush, Lessertia frutescens (previously Sutherlandia frutescens), for an even wider range of ailments, such as boosting the immune system, washing wounds, bringing down fevers and treating eye problems. All of which are listed on the sign in Karoo Desert National Botanical Garden in South Africa where I took these pictures. 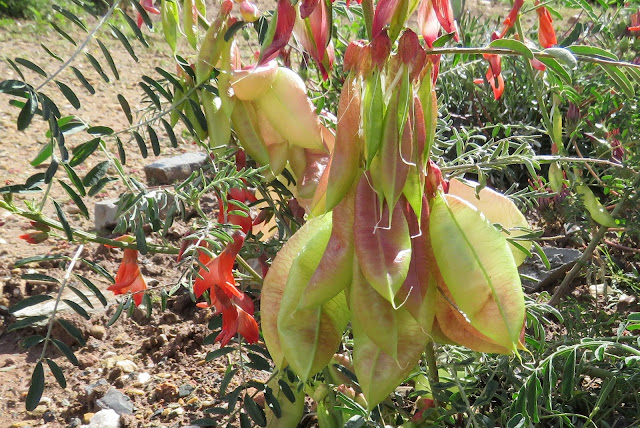 In addition to Cancer Bush, the local names Kankerbos and Umnwele are on the plant label.  Although not Klappers, another local name, and one which evokes the rattling of the seeds in these papery pods. In Australia we sometimes call it Bladder Senna, due to the nature of this fruit.


The flowers are unusual in the pea family with the 'wing petals' quite reduced and hidden by the outer floral layer (the calyx). The 'standard' is also shorter than the 'keel'. This all means the flower isn't your typical pea flower.

The fruit, as you've seen above, is just as odd. Inflated, papery and bladder-like, it makes a nice addition to dry flower arrangements, apparently. 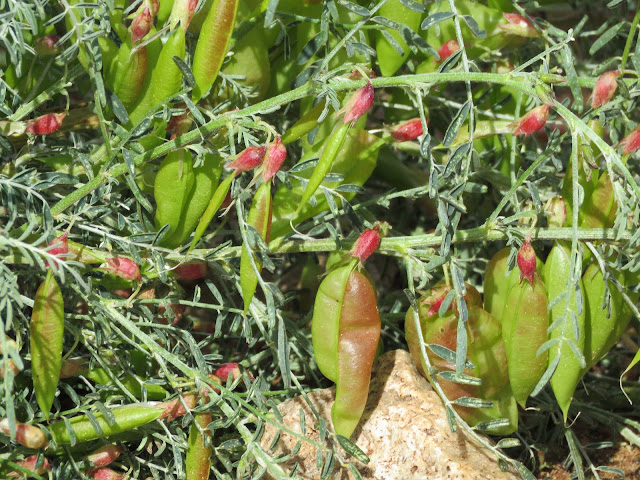 In 2011, Brand South Africa proudly proclaimed that USD1.4 million would be spend on a study of the 'safety and efficiency' of Cancer Bush in treating AIDS. It made the point that 3000 of South Africa's more than 21,000 plant species are already used medicinally, by about 80% of South Africans. Many of these people have access to no other medications.

There has been some criticism of the organisation pursuing the research, the South African Herbal Science and Medicine Institute (SAHSMI), but Brand South Africa argues that the trials are necessary, no matter who does them.

As the common name suggests (albeit antonymically) this plant has been mooted as a cure for cancer. While there is some evidence of a 'anti-cancer' role and as an 'immune stimulant' there is little to no scientific confirmation of the many cancer curing claims.

The First Peoples in the Cape area of South Africa used Cancer Plant for washing wounds and controlling fevers. Early European colonists extended this to treating 'chicken pox, stomach problems, and in the treatment of internal cancers', and for eye problems and now much more. It is even recommended, by some, as a (bitter) tonic to take before meals to aid digestion and improve appetite (but does it taste as good as Campari or Aperol?) 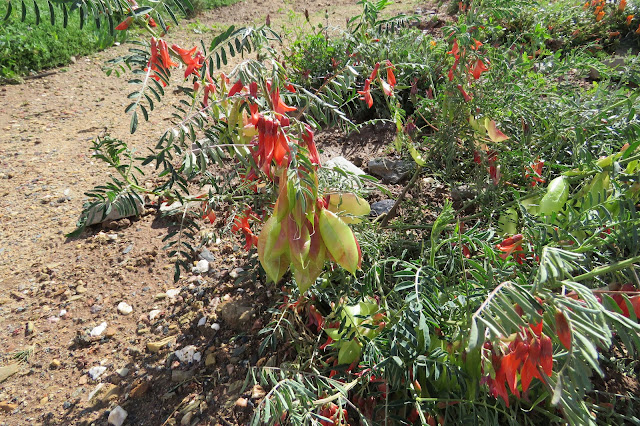 In its natural habitat, southern Afica, Cancer Bush grows in dry areas from Western Cape in South Africa up to Namibia and Botswana, including the western Karoo. Although not grown widely, the species has escaped from cultivation in Australia, becoming naturalised in south-western WA, southern SA and western parts of NSW. It is reported from a couple of natural areas in the north-west of Victoria but may not be persisting there, yet.

In southern Africa, sunbirds enjoy the bright red flowers. Their interest in the plant is part of why this species was previously included with five other species in Sutherlandia (named after a Superintendent at Royal Botanic Garden Edinburgh), rather than in the closely related but non-bird-pollinated Lessertia (named after a French businessman and amateur botanist).

These days the two genera are most often merged, with the French honorific being the oldest and therefore correct genus name, now with 60 or so species, mostly from South Africa. As a nod to the past, Sutherlandia is sometimes still applied as yet another common name. 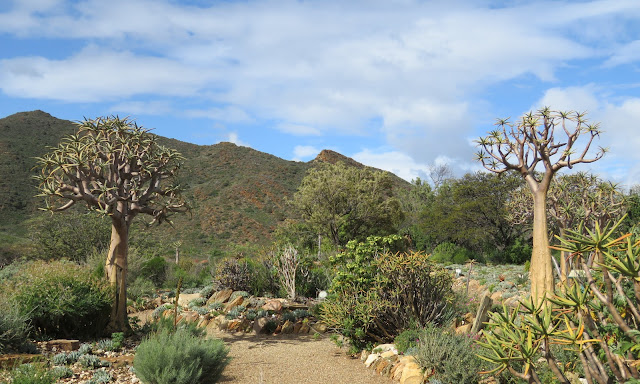