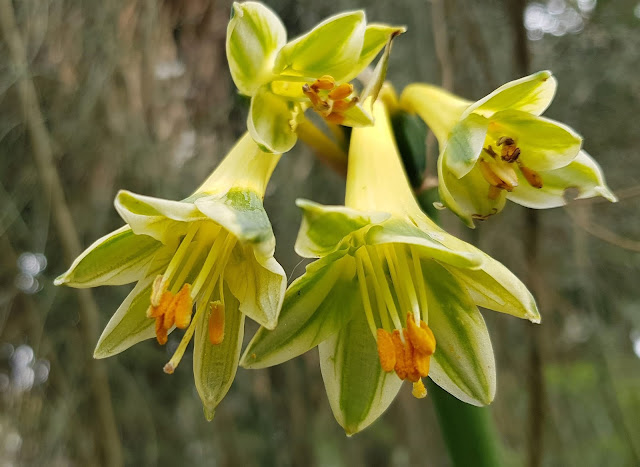 There seem to be 15 to 20 species of Clinanthus, all from South America and many (11) found only in Peru. Most grow at high altitudes - above 2000 metres - but a few are found in fog-cooled hills near the coast.

Clinanthus variegatus (previously Stenomesson variegatum), illustrated here from the Grey Garden in Melbourne Gardens, is apparently a Peruvian endemic (although not included in the 2006 list of eleven, cited above) from high altitude grasslands on the western side of the Andes.

The genus name we use these days has been around since 1821 and it translates as 'the mountain flower', which this is. The species name aptly describes the colour of the flower which looks strongly variegated, with each of the free petals green in the middle but flanged with yellowy-cream. The tube or trumpet part of the flower is also off-white. 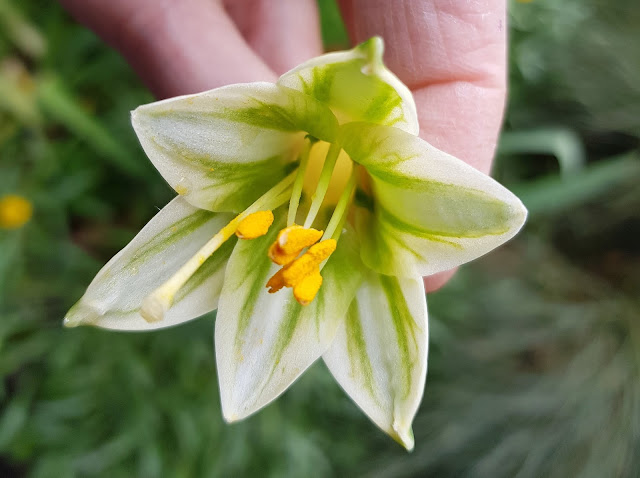 The flowers are sometimes described as orange in colour, although ours are most definitely not. Clinanthus incarnatus is sometimes linked to this species (even placed in direct 'synonymy') but it seems to more often have bright red flowers with a gray stripe in the middle of each petal. From a recent twitter conversation started last year by Jimmy Turner (at Royal Botanic Gardens and Domain Trust, in Sydney) I gather Clinanthus incarnatus also has smaller flowers than Clinanthus variegatus. 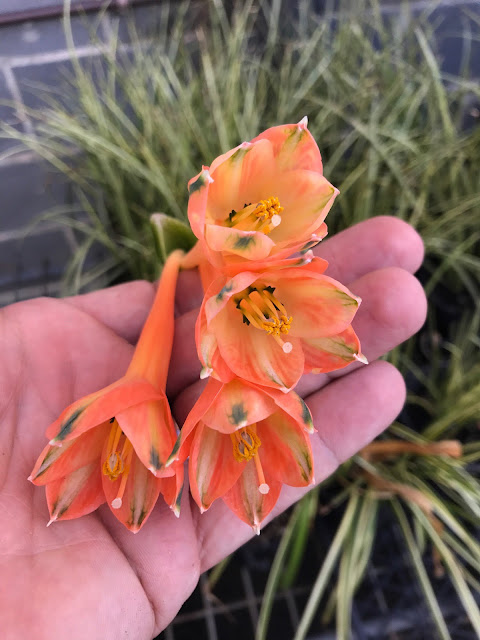 Jimmy's Clianthus variegatus definitely had orange flowers, as you can see from the image above (borrowed, thanks, from his twitter feed). There aren't any good recent reviews of this genus so I'll assume for now the name 'variegatus' applies to our pale-lemon flowers and Jimmy's orange ones.

Which is good, because this particular species has become quite the botanical celebrity, adorning (along with a couple of other Peruvian local plant species: a daisy called Mutisia and a species of salvia) a 500-year-old Incan beer mug held in Birmingham Museum and Art Gallery. 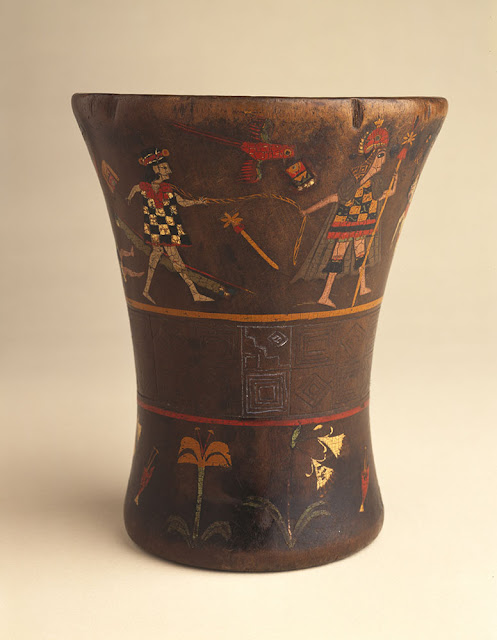 Our Clinanthus is at the bottom right of this picture, and looking a bit like a daffodil it has to be said. To its left is the orange daisy flower and to its right, the red salvia flower.

Lest you forget what the real thing looks like, this is back in our Grey Garden. Back with the yellow flowered variant that lives up to its name and. in colour at least, matches the mug 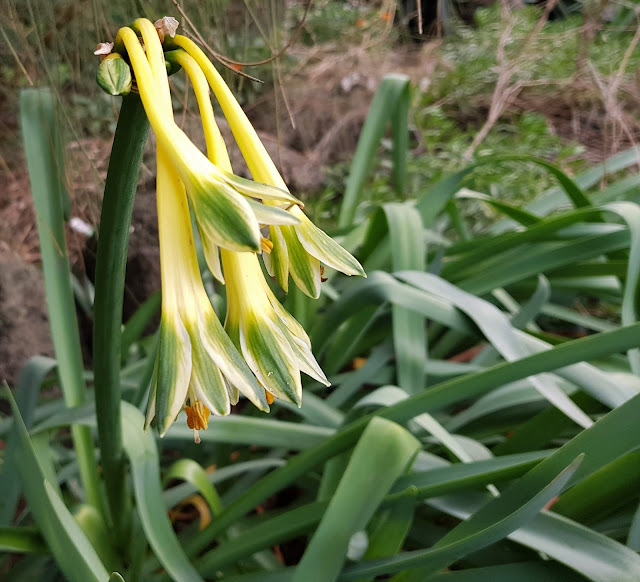 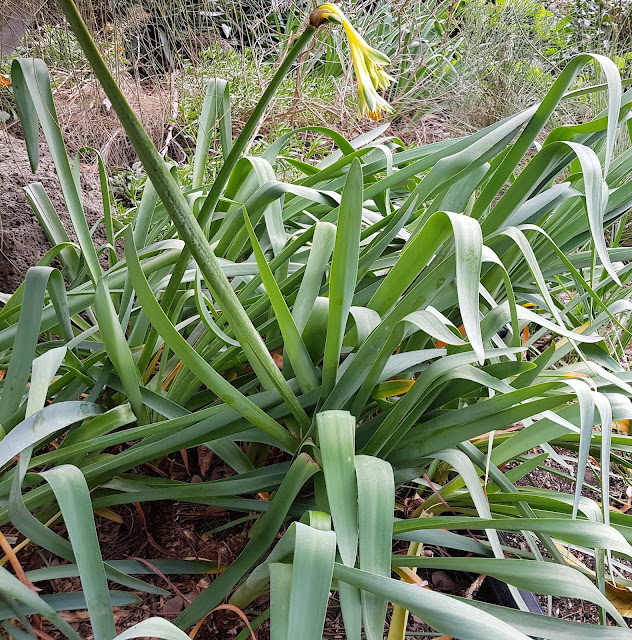 Images: All from Melbourne Gardens, Royal Botanic Gardens Victoria, in late July 2018, except for the beer mug (a Kero) from the Burmingham Museums site.
Email Post
Reactions:

Clipping USA said…
The most recent garden landscape is a large boulder ridge in the southern part of ... you can see plants originating from Turkey, Lebanon, South Africa, and Chile. On the north-facing slope, only 10 m away, you can see snow-bed plants from Svalbard. ... The Polar Museum is closed from 15 October to 15 January 2019 while ... I like flower planting. Thanks for publishing your valuable blog. Clipping Path Service
5:52 pm, December 29, 2018

clipping path service said…
Gorgeous pictures. I love all of these. You may need photography & Photo editing tips to enhance your photos. Have a good day!