Highlands botanic garden set to bloom in all (four) seasons 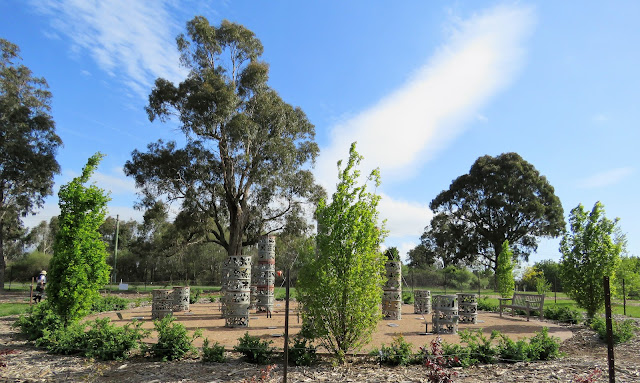 What only four? Well that’s another story, but every and any season is worth celebrating in a garden and this one, the Southern Highlands Botanic Gardens near Bowral, wants to own every one of them!

The catch-cry for perhaps Australia’s newest botanic garden is ‘four seasons in a cool climate’, with the subtitle ‘a community run and funded garden’. The garden is only open by appointment at the moment and in October I visited with 200 of my closest friends, as part of the Australian Garden History Society National Conference, held in nearby Mittagong.

The sparkle in a few eyes was back in 1999, but it took until 2015 for the right piece of land to be found, and then a lease prepared. Charlotte Webb did tell us there had been a little guerrilla gardening on the site leading up to the formal signing of the lease. 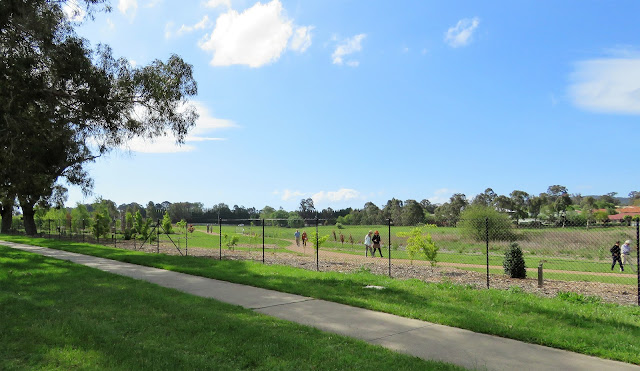 Right now, you wouldn’t recognise this 15-hectare piece of land as a botanic garden, but if you look closely you can see the tell tail signs of this grand idea. In keeping with the seasonal approach, the first plantings are birches, the Australia National Collection of Birches (Betula; see Plant Trust) no less, and the start of many plantings of deciduous trees I expect. 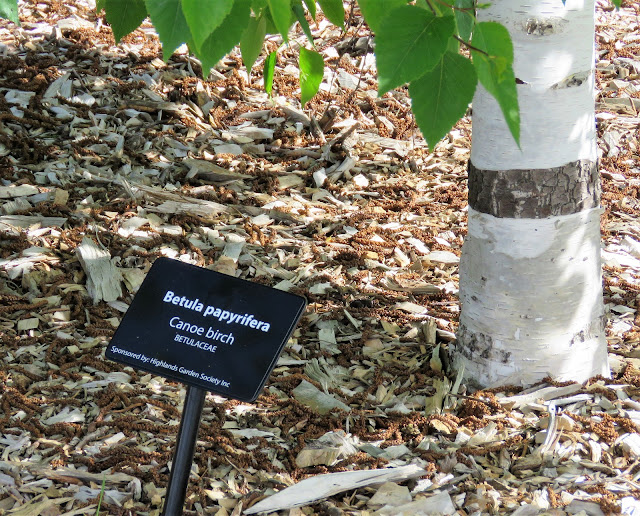 You will also find the start of a National Collection of boxes (Buxus) I gather, mostly due to a coincidental marriage of two collections (one from Charlotte Webb) that contained no species in common – a good thing in this context!

There is some artwork, including a stunning John Olsen piece called The Leaping Frog. 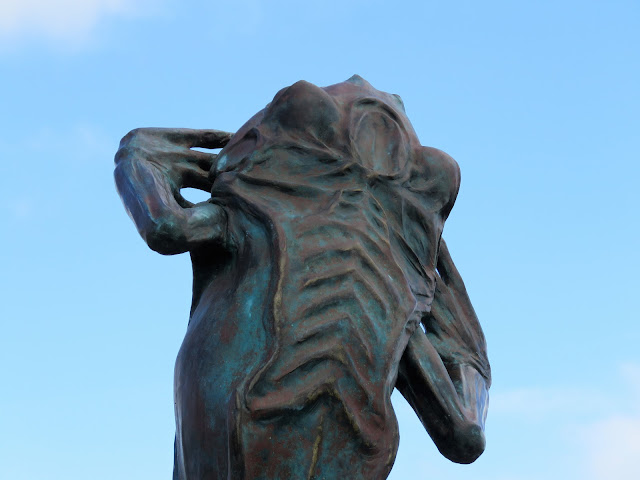 But it’s the potential you should consider when you gaze across the verdant paddocks.

Southern Highlands Botanic Gardens Limited, a registered charity, have gone right to the top seeking design ideas. Kate Culity, of Taylor Cullity Lethlean, the brains behind the Australian Garden at Cranbourne Gardens, has provided the first conceptual images. The fundamental idea is to track a series of journeys through the landscape, and the seasons, including a children’s garden, a meadow, a fern gully, native plant and bird areas, and a parterre! 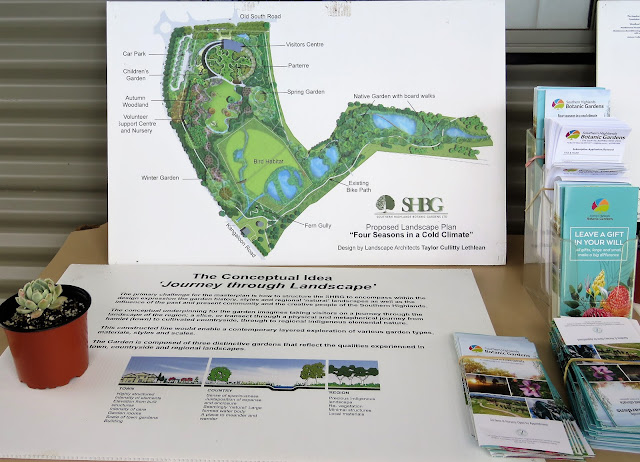 This is a botanic garden, though, so there will be learning and research, focused around the interests of two strong local women, Louisa Atkinson and Janet Cosh. Louisa Atkinson was born at Sutton Forest, living in one of well-known local garden homes, Oldbury. She collected and illustrated for Ferdinand Mueller, the first Director of Melbourne’s botanic gardens. Janet Cosh was Atkinson’s granddaughter and also lived locally, in Moss Vale. Cosh collected and illustrated, and provided funding for the Herbarium (named after her) at the almost local Wollongong Botanic Gardens.

And there's more. A visitor centre, in ‘conservatory style’ to ‘provide the perfect looking glass to watch the Gardens and they change in the four seasons’, has been designed by John Wardle Architects.

So plenty of ideas, and plenty of local support. They just need your help. Find out more at the Southern Highlands Botanic Gardens, where you’ll be encouraged to donate now or, if you prefer, after you’ve enjoyed your last botanic garden... 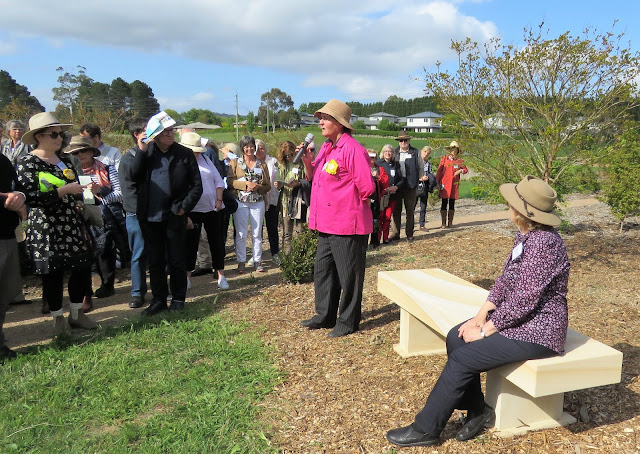 This is Charlotte Webb saying a few words at the 26 October unveiling (by Australian Garden History Society Chair, Richard Heathcote, and myself as Patron) of a sandstone seat donated by the Society. The seat is shown here supporting Chair of the Australian Garden History Society National Conference (Southern Highlands) Organising Committee and previously NSW Representative on the Society National Management Committee, Meg Probyn. (Meg deserves a rest after her Herculean efforts in organising a fascinating and fun conference.)
Email Post
Reactions:

Christine Thompson said…
The SH botanic garden is a great initiative and testimony to what a committed volunteer workforce can achieve. Hope, as apart of your participation in the AGHS weekend, Tim, you also enjoyed the garden at Harper's Mansion, a National Trust property in Berrima - another all volunteer enterprise. Chris
2:25 pm, October 31, 2018

Talking Plants said…
Thanks Chris, yes it shows what volunteers can achieve. Unfortunately I didn't get to Harper's Mansion - I had to head back to Melbourne on Sunday morning. Some beautiful gardens in the area and I imagine a wonderful place to live... Tim

Stuart Read said…
Indeed inspiring and so much has already been done on the site by their excellent volunteers - just great to see and enjoy: far more to come. Sounds like 'ratbags' in action - to good ends. Likely to be a key visit for Highlands locals and visitors in years to come. Stuart.
1:51 pm, November 02, 2018