99% visible: nearly all the world in a botanic garden 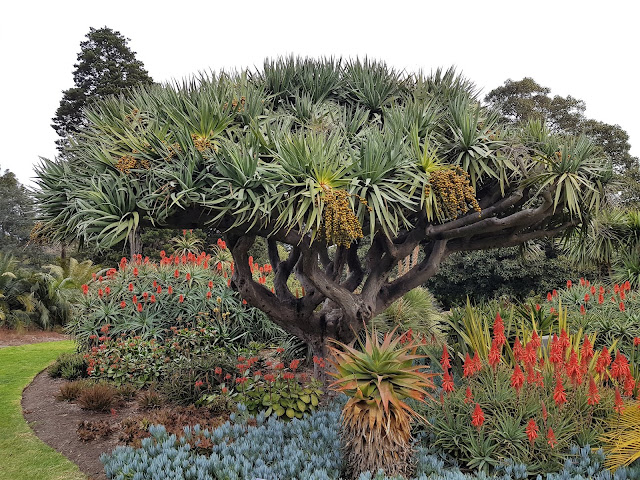 It’s a bit twee, but I like to tell visitors to Royal Botanic Gardens Victoria’s Melbourne Gardens they can tour the world in our botanic garden. So when colleagues Peter Symes and David Cash emailed that 97% (189) of countries recognised by the United Nations are represented in our living plant collection, my first question was which countries are missing? (It's human nature to hone in on the negative part of this overwhelmingly upbeat statistic...)

The five missing countries turned out to be Barbados, Cabo Verde, Kuwait, Maldives and San Marino. And then some caveats. Territories under the sovereignty of other countries, said Peter, are not included in this list. That means plant-rich places like New Caledonia are not in the list – as it happens we have plenty of material from that ‘country’ but there are presumably other territories where we don’t.

I then wondered which countries might have one, or two, or perhaps three species only. That is, we have just a hint of their flora. Peter said this would take longer to extract from our database so I've left that with him.

Finally, I wondered how we compared with other botanic gardens. Do all botanic gardens, other than those dedicated to the local flora (e.g. Kings Park in Western Australia or Kirstenbosch in South Africa), have a 3% gap? Or to be more positive about it, manage to represent 97% of the world's 'countries'? Again that's not an easy question to answer from data at hand but anecdotally, we hear that Royal Botanic Gardens and Domain Trust in Sydney have '75 or so countries covered'. That is 39% in, 61% out.

All good for Melbourne then. We like do things better than Sydney - or at least find the few things we do better and talk a lot about them. But I'm still obsessed about those five countries. Putting all caveats aside - this is a merely a intellectual anyway - do we really not have representatives from them I wondered. 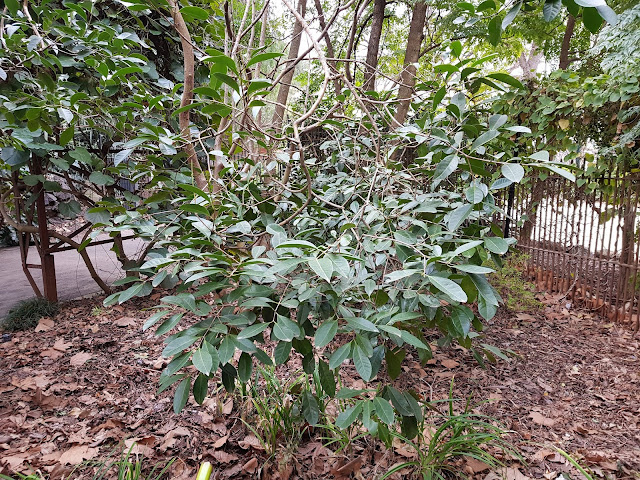 Barbados: We don’t seem to have a grapefruit (Citrus x paradisi), although this would be easy to acquire: it appears (via Wikipedia) that this citrus cultivar was an accidental cross discovered in Barbados. However neither parent was native to the island. We do have Phebodium aureum, a/the Rabbit’s Foot Fern, which is widespread in tropical America, including, I gather, Barbados. Also Psidium guineense, the Brazilian Guava is in our South China Collection (image above). This appears to be a species native to a few Caribbean islands, including Barbados. 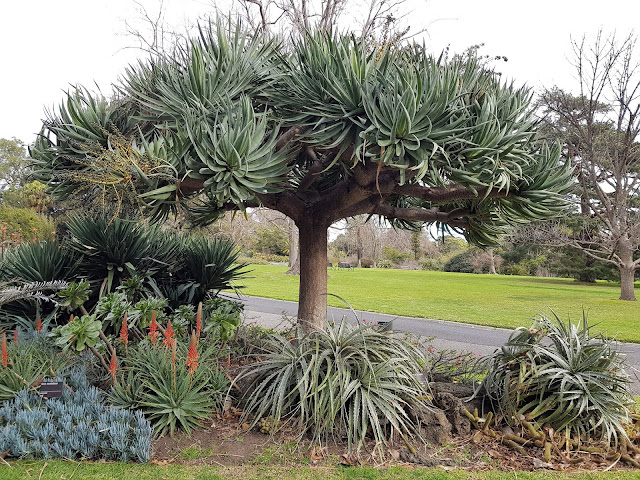 Cabo Verde: For starters, Dracaena draco (Dragon Blood Tree; image above, and at the top) grows naturally on at least some the Cabo Verde islands and does nicely in Melbourne Gardens. As yet I found no others but the Cabo Verden flora includes over 600 native species.

Kuwait: This relatively small (18,000 km2), largely desert country has only 334 native species, of which one is a tree and 256 are annuals. It may well resist representation in Melbourne and as yet I haven’t found any in the collection. 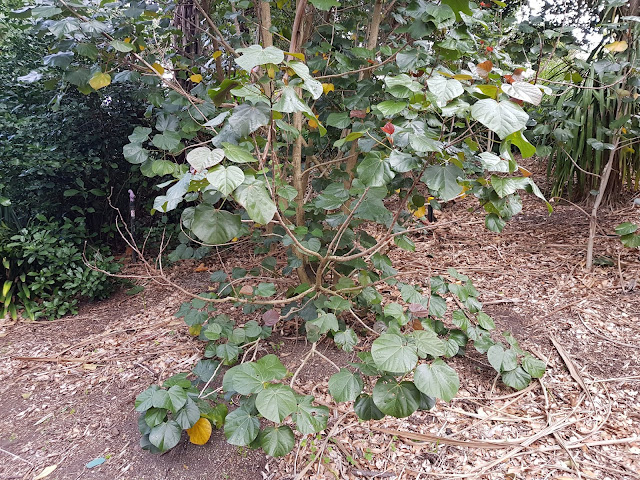 Maldives: Well, we have Hibiscus tiliaceus (image above of cultivar 'Rubra'), which seems to be native to the Maldives. Nothing else has jumped out at me yet but I’d be surprised if there weren’t a couple more at least. 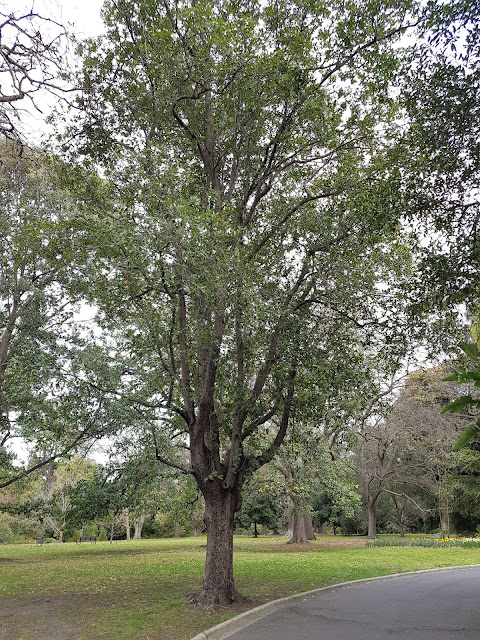 San Marino: A small (61 km2) republic within north-east Italy with a flora of over 500 species. It’s flora seems to be much like that of the surrounding area, with chestnuts, oaks (e.g. Quercus ilex, Holm Oak; image above) and the like, so I expect we would have a few species in our collection listed as ‘Italy’ or ‘Mediterranean’.

So, I reckon Kuwait might be the only UN-recognised country not represented in our living plant collection at Melbourne Gardens. That's 99%. With over 8,000 species, that still includes lots of Australian species - more than half the trees I think.

As to that illusive 1%. I'm working on it Kuwait. 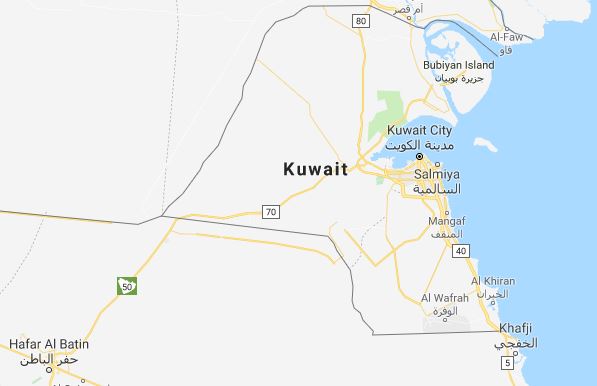 Simon Goodwin said…
Fun to hark back to the days of 'stamp collecting' at BGs (one of/from everything)! Glad you have targeted collections now.
7:57 am, September 06, 2018