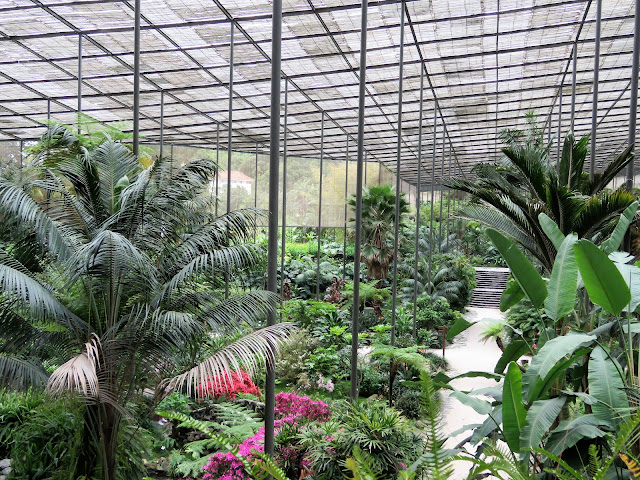 In Cornwall, in 2001, the geodomed Eden Project emerged from an old china clay quarry. Ninety years before that, in Lisbon, a basalt quarry became the world's largest shade house. 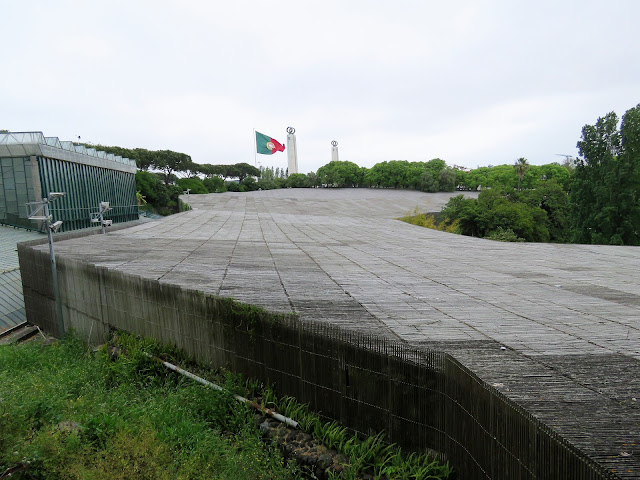 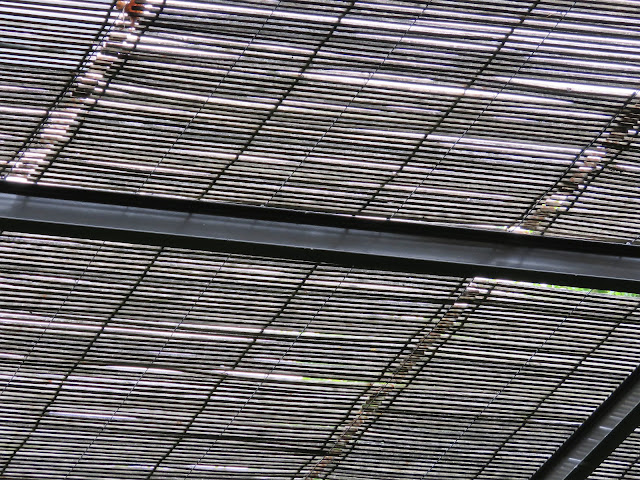 Since 1910, Estufa Fria - which is translated locally as the Cold Greenhouse - has had a few renovations and additions since then the main attraction is a massive shade house roofed by wooden slats. Today there is also an attached Estufa Quente, a Warm Greenhouse or glasshouse, and Estufa Doce, a Sweet Greenhouse which is home to the cacti and succulents. 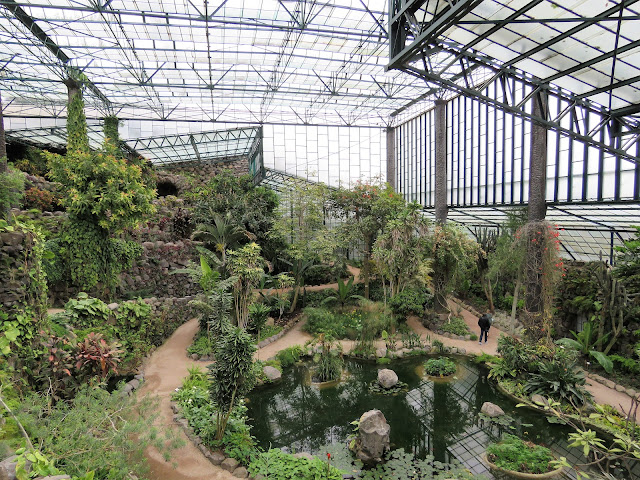 The Sweet Greenhouse seems to be very like the Warm one but presumably with less moisture. 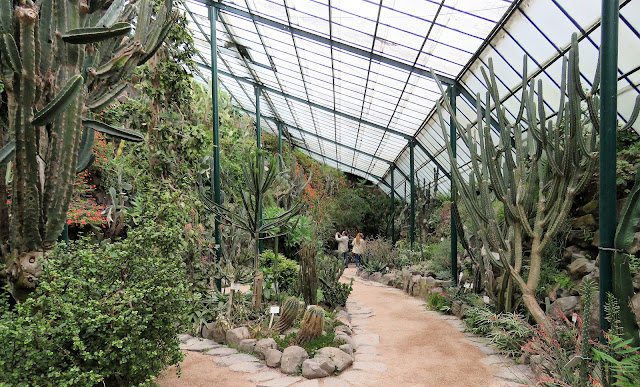 Plus, abutting onto the basalt wall is a pavilion, called the Nave, which is Portuguese for ship but explained in English locally as Inner Room, for temporary exhibitions and fairs. 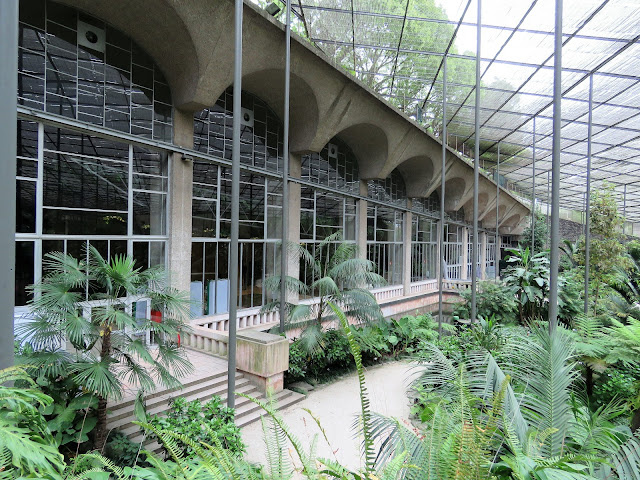 Along with the Portugal's first botanic garden, Jardim Botânico d'Ajuda, this year celebrating it's 250 anniversary, Jardim Botânico da Universidade de Lisboa and Jardim Botânico Tropical, Estufa Fria (and the additional estufas) are now part of the University of Lisbon's empire. Although I got a bit confused when I was there in May as to whether all four, or only three, were run by the university.

Basalt quarrying ceased in the late 19th century due to a little too much water seeping through the rock face, and planting continued over the next few decades with a lull during the First World War. The basalt face is treated as just another substrate for plants and any seepage would be an advantage. 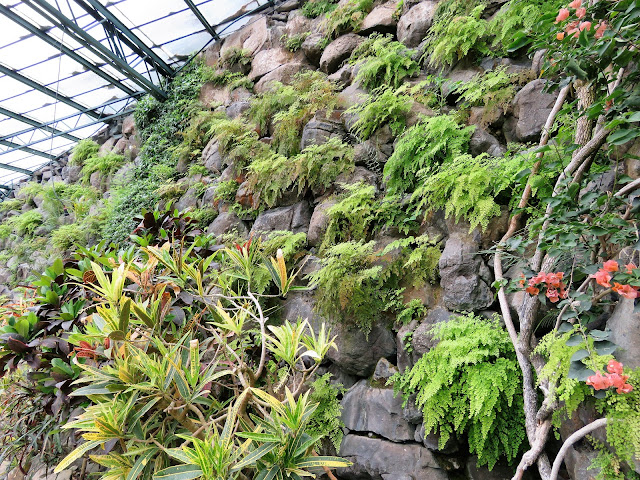 The plants were mostly familiar garden species, although I always enjoy seeing New World plants like Monstera deliciosa in Portugal and Spain, presumably arriving via the Malaspina or other expeditions to Central America. 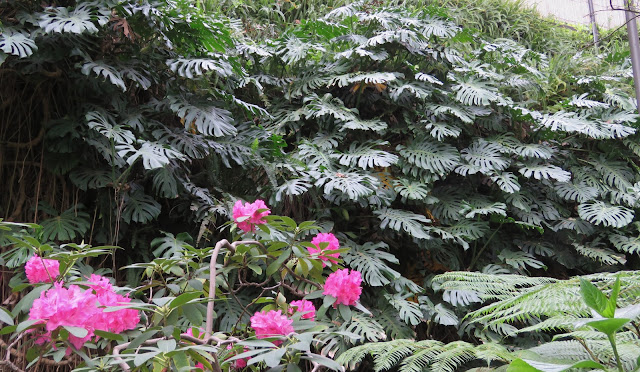 While this is not the most attractive plant home from the outside it's a creative way to grow plants that don't need special warming or cooling, just a little shade and protection from the most severe elements. I presume there is a lot of maintenance involved in replacing wood slats but it all looked in good nick in May 2018 for my visit, and coincidentally, Eurovision. 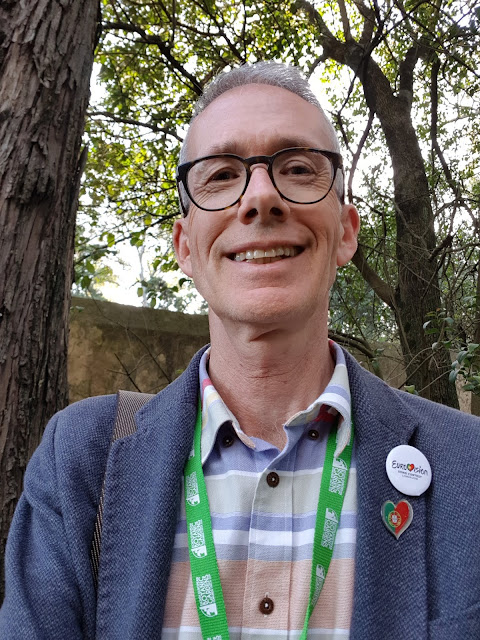