A Mexican diet of smuts, succulents and soursop 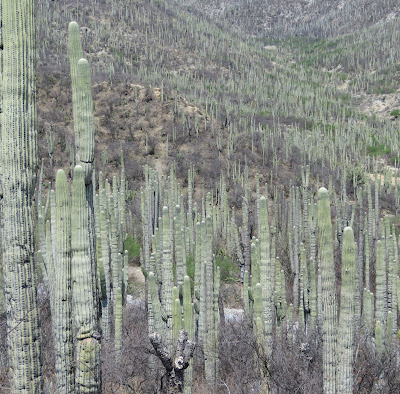 I was unsure about smut-infected corn kernels for breakfast, and whether to have a full or half litre serve of guanábana juice with dinner, but all up my Mexican gastronomic experience was a delight. Most foods were inside a folded corn tortilla but other plants (and fungi) were the stars.

This is the first in a series of posts about plant life in Mexico and Cuba. I base these on my extensive experience of both countries in early April: two days and five hours in Mexico, and four days in Cuba. This allows me latitude to make multiple errors of misappropriation, misunderstanding, exaggeration, underestimation and no doubt judgement. For which I apologise.

Let’s start with the breakfast from the roadside café on the way to Tehuacán, midway through a four-hour drive south-east of Mexico City to visit the Jardín Botánico Helia Bravo Hollis. My colleagues Manuel Bonilla Rodríguez (phycologist turned restoration ecologist), his fiancé Marcia (zoologist) and father Manuel Bonilla (biologist and plant grower with interests in orchids and cacti) recommended quesadillas washed down with atole, a slightly sweetened cornmeal drink (a ‘blue maize’ version, perhaps with a little rice as well). 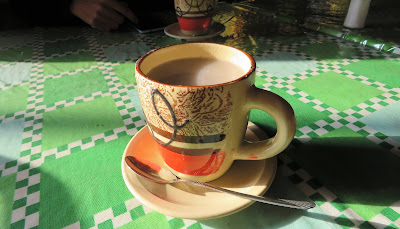 Manuel, the son, suggested a filling of huitlacoche, a rather unattractive but quite tasty cluster of corn kernels infected with the smut fungus, Ustilago maydis). I also tasted a little of the tangy Opuntia ‘stems’ in Marcia’s meat quesadilla, sliced and fried with lemon juice I think, plus one of the male zucchini flower in Manuel’s second serve. Here they are (unfolded), in that order...

Further along the road, we stopped for biscuits (cookies) and lollies (candy). In particular, alegría, a kind of toffee made from roasted (and puffed) amaranth seeds and sugar, and a local speciality of the region to the south-east of Mexico City. I bought a few samples to eat later, including alegría gluing together sesame, pumpkin or other seeds and nuts. The Aztecs used flour made from Amaranthus species extensively before the arrival of the Spanish but because it was linked to non-Christian religious practices, its cultivation and use was banned for some time. 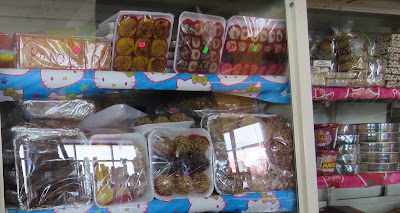 That evening, after our road trip to the cacti ‘forests’ near Tehuacán (see picture at the top of this post), we had a selection of tacos and other tortilla products, this time accompanied by a 500 ml glass of guanábana (Annona muricata), or soursop, a close relative of the custard apple. It was a favourite of my three friends, and very nice, but thankfully we chose the half rather than full litre serve – serving sizes that would make the Mexican’s northern neighbours proud. 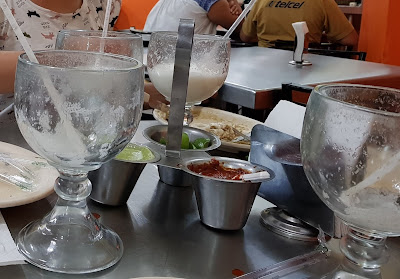 A final new plant I consumed that day was a cactus icy pole. The Helia Bravo Hollis botanic garden offered a wide selection of flavours based on various cactus fruits. This is Manuel, senior, enjoying his. Mine was not too sweet and sort of fruity. I'll be back in two weeks with more about the plants of Mexico and Cuba. Next week, a brief interlude from the home country. 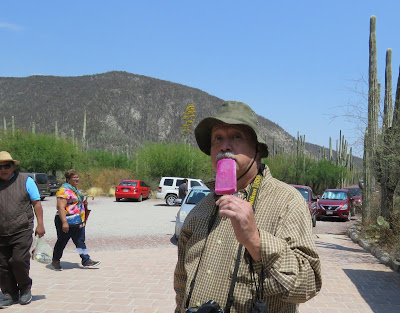 Many thanks to Manuel and his family (below) for their warm welcome and wealth of local information, and to The Charles and Cornelia Goode Foundation for helping to support this trip and my next, to Europe. 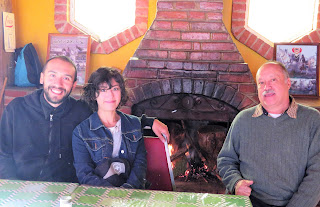 Katherine Wagner-Reiss said…
Love your descriptions of all of these foods esp. popsicles made of various types of cactus fruit!
3:13 am, May 02, 2018

Talking Plants said…
Thanks Katherine. Fun way to travel, learning about plants through food (or food through plants...). Tim
9:39 am, May 02, 2018

Red Strings said…
This place was very comfortable. Restrooms were decent. Coming here with my friends was an amazing experience. These are my favorite rental spaces for parties now, because of its excellent food, perfect lighting, vibrant atmosphere and great ventilation.
10:06 pm, May 27, 2018