A common topic, vulgarity in the garden 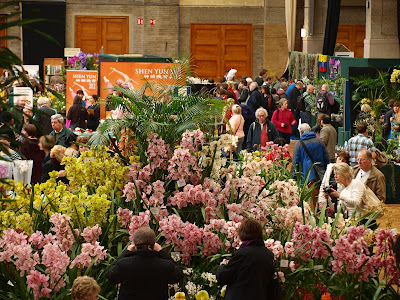 Our Curator of Horticulture at Melbourne Gardens, Peter Symes, considers Disoma (Coleonema pulchrum) to be one of the most boring and common plants in gardens. I'm included to agree with him, adding Viburnum, various kinds of box hedge and Mondo Grass... But then I think, I've got some Mondo Grass in my backyard and I quite like it!

As they say, familiarity breeds contempt, unless it's in your own back (or front) yard. Conversely, I've come to love plants I once thought common, such as geraniums, Oleander and hydrangeas. Of course I'm deliberately confounding plants that are encountered frequently (common) with those that I consider a little vulgar (common).

Vulgarity is more interesting. On the weekend you may have heard me scour the Melbourne Gardens in search of vulgarity for ABC RN's Blueprint for Living. I interpreted the term broadly, starting with the vulgarity of plants in general, allowing their reproductive bits to flap around in the wind only scantily wrapped in petals. You could describe a garden - or a garden show in spring (as at top of post) - as a gathering of vulgar creatures with their sex organs (flowers) hanging out. And we humans admire and dissect those organs. 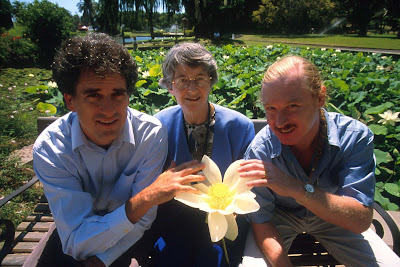 Then there are the plants that are vulgar in a common sense. In fact we name some 'vulgaris' or 'vulgare' because they are all over the place, at least when and where described. There are plenty of these in our Herb Garden, e.g. Origanum vulgare. (This garden also includes a lot of plants called 'officinalis', after their beneficial use to humans, often medicinal.)

A few of the vulgarly named plants you might encounter outside the herb garden are Echium vulgaris (Patterson’s Curse) in farm paddocks, Acetosella vulgaris (Common Sheep Sorrell) on roadsides and in farmland, and Cirsium vulgare (Spear Thistle), a vulgar and noxious weed (although I quite like thistles...).

You might also think some flowers are vulgar due to their overly exuberant displays. Perhaps the big and blowsy begonias or tulips? Or those with cheap perfumes, such as some daffodils, jasmine and lilies? 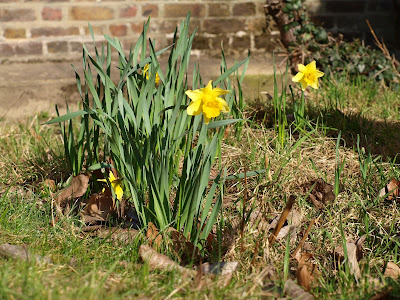 At the other end of the vulgarity spectrum are plants that are offensive or confronting to our senses (which I suppose some of the cheap perfumes are as well). There is a whole gaggle of plants with blooms or fruits exuding bad smells. Think duran fruit and its vomit-like odor, through to the various corpse flowers smelling like dead animals to attract pollinating flies - e.g. species of Rafflesia and Amorphophallus. 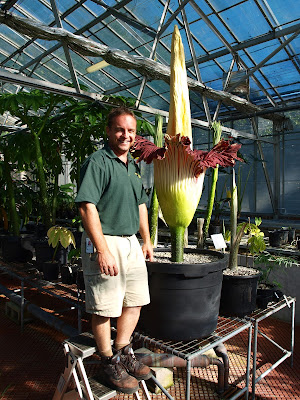 Look beyond the green plant world, to the fungal kingdom, and there many more vulgar attractions, such as the aptly named Phallus or the stinkhorns (Aseroe). There is a lovely story (thanks for reminder Teresa Label!) about Beatrix Potter’s aunt walking ahead of a group of young girls (including Beatrix, not only a writer and illustrator but a scientist with an interest in fungi) covering with a lace cloth any vulgar-looking fungi. 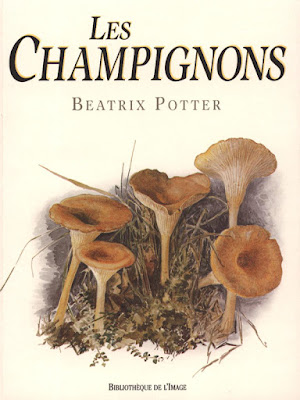 Then there are orchids, and a few other plants, that rely on (pseudo)copulation by male wasps and other insects for their pollination. Unrequited sex, in the garden and in our forests. How vulgar. 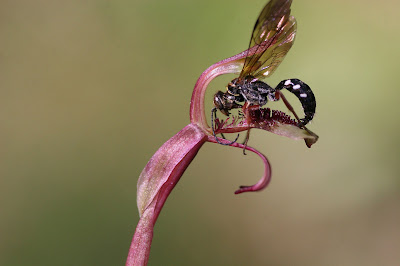 To finish, and if you want juvenile vulgarity, you can snigger as you try to pronounce Silybum marianum (a thistle) and Dendrobium biggibum (an orchid). There are also common and scientific names I’m much too polite to mention here, such as one of the names for Dionaea muscipula, politely known as the Venus Fly Trap. I'll leave that with you. 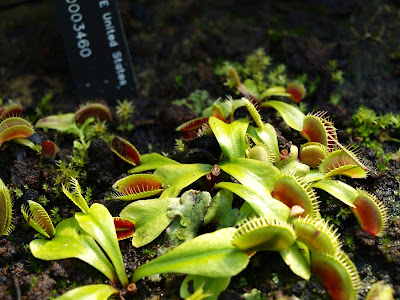 Images: The RHS Orchid and Art Show in London (2012), a trio of botanists (Peter Weston, Barbara Briggs and Adam Marchant) gathered around the sexual apparatus of a Lotus flower, the giant Titan Arum in flower in Royal Botanic Garden Sydney (with its keeper, Stephen Barlett), an illustration of a fungus by Beatrix Potter, a frustrated wasp on a Chiloglottis (photographed by Ray and Elma Kerarney, via Peter Weston, a few years back), and a clump of Venus Fly Traps.
Email Post
Reactions:

Ross said…
Trick is - to use the vulgar in bold and startling ways that make perfect nonsense. I've got the lot. Box, golden diosma, pelargonium, centranthus, cannas, dahlias and roses. Mix it up with the elite and the articulate - bronze fennel, berberis, pollarded cotinus, catalpa, copper beech, cercis and many others that don't start with "c" and you can have an extraordinarily interesting and stimulating garden that doesn't smack of off-the-shelf pretence. The key to it all is to have fun and make a garden your grandmother would recognize. To quote Margaret Atwood - "Gardening is not a rational activity".
2:09 am, February 26, 2018

Talking Plants said…
I like it and agree entirely that gardening, when good, is not entirely rational. I also like gardens to be personal, experimental and fun. If you can find a way to combine all those vulgar and plants starting with c... all the better! And as I confessed at the start, yesterday's vulgar plant is today's passionate favourite - and that can often be triggered by an assocation with someone or something, like a grandmother. All power to you!!
3:53 pm, February 26, 2018