A toast to the Portuguese garden of John Allen 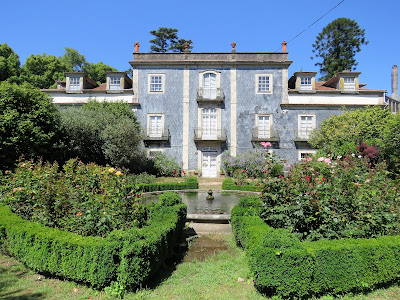 For most Australians, the gardens of Portugal are largely unknown, and unvisited: with the exception perhaps of a few around Sintra, near Lisbon, which I mentioned in passing in my Iberian posts. Many, like the country itself, seem to be looking back with a kind of melancholy to a time of prosperity and prestige.

The Quinta de Villar d'Allen, just outside the beautiful harbour city of Porto, is a garden not so much in decline but one certainly in a kind of eerie stasis. Back in June, I maneuvered our hire car to the centre of the Porto - a task requiring some art and luck - eager to check into our Pousada (the equivalent of the Spanish Parador hotel chain). As it turns out, the Pousada we booked was a few kilometres upstream along the River Douro so I had to coax our car through even narrower pedestrian streets, and back out of town.

The alternative Pousada was lovely in its own way but away from the main drag. While this meant more planning for visits into town, it did offer the opportunity to discover the local area and to seek out attractions not in the guide books. What I discovered a few hundred metres from the front gate was Villar d'Allen. Actually I had heard about this quinta, or country estate, in a talk by Richard Atkins a few months early, at a Friends of the Ballarat Botanical Gardens meeting. I have not expected to be anywhere near it, but here I was. 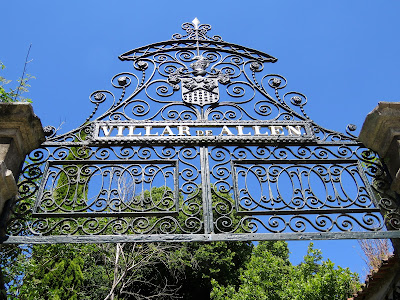 The garden is open to the public, by appointment. So on a morning walk into town I rang the number and organised to return that same day at 3.30 pm. We were met at the entrance by Isa Allen, and joined later by her husband Jose Alberto Allen. They are the fifth generation of Allens living in Portugal, with the first - George Allen - an early 18th century immigrant from England.

It was Alfonso Allen who bought this property, in 1839, beginning work on the garden almost immediately (keeping little, I think, of the original 18th century landscape). A key figure in the design of the garden was John Allen. I'm not sure what formal training he had but he was well connected, with his friends including the Scottish garden designer John Loudon and the creator of Pena Palace in Sintra, Ferdinand II (Alfonso, I think, also had connections to the great gardens of Portugal, sending camellias to Buçaco Palace in central Portugal). 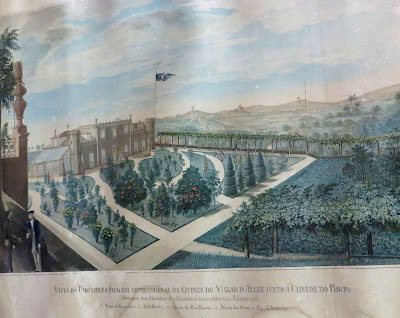 These days the garden is a little rough around the edges, what we might describe as over-mature: with old trees and new plantings competing for space and our attention. 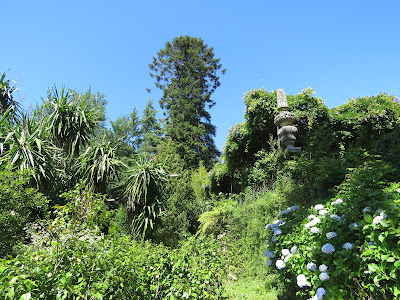 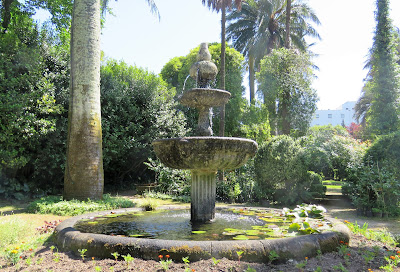 Shaded under a heavy canopy are camellias, and lots of them. Most of the 400 or so specimens (perhaps up to 500) are labelled and quite a few have a connection to the Allen family. Portugal, like Australia, is unexpectedly a hot bed of camellia propagation and selection. Or at least both were. 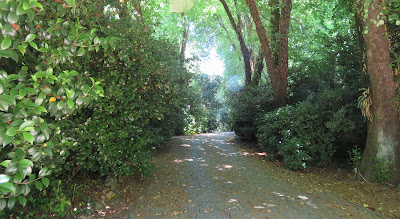 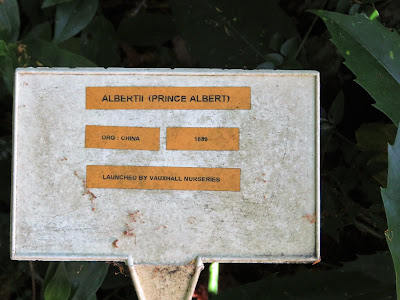 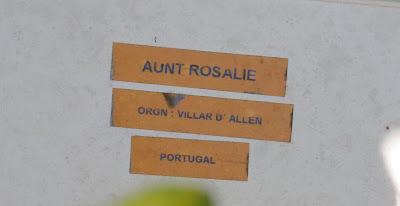 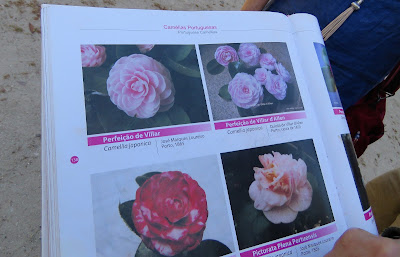 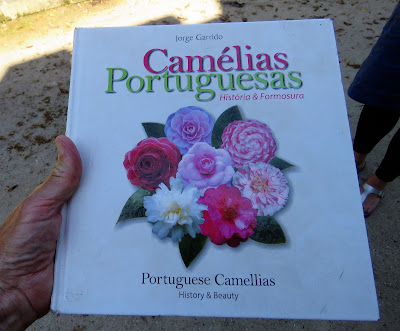 There is also an impressive stand of Chilean Wine Palms (Jubaea chilensis; although two of the four or five have died recently from fungal attack), a large Bunya Pine (Araucaria bidwillii), a very tall Blackwood (Acacia melanoxylon), as well as cedars and a podocarp or two. 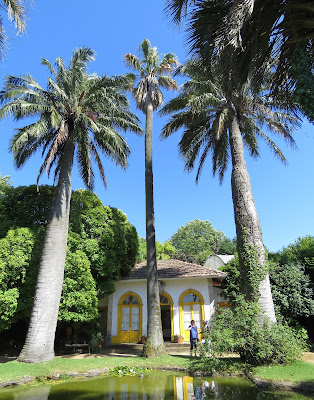 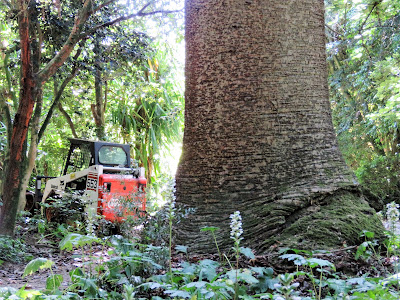 Mrs Allen was also keen to point out a very large Photinia and a yellow-flowered Philadelphis with a particularly sweet perfume. Although still a big garden with plenty of gardening to manage, the quinta is much reduced from the days of Alphonso and John. A large chunk of the property was excised when a new road was punched through the middle.

Like the garden, the inside of the house is preserved much as it would have been in the 19th century, with original furniture and wall coverings. I was impressed by a very large folio edition of Don Quixote (in Portuguese) and a pen (feather) used to sign the (first) constitution of Portugal in 1922. A post on the Camellias in Galica website provides some more history of the property and house. 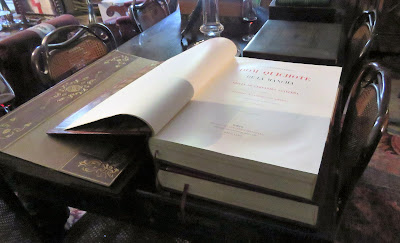 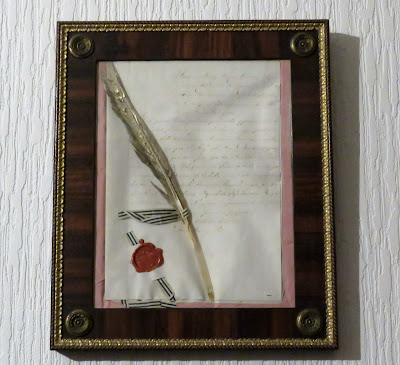 And when in Porto, one must drink Port. Jose Allen had joined the family wine business when young, learning to blend Port before joining the army and fighting in Africa for about four years. Now he makes small batches of port (a few thousand bottles each year), bottled under the family name. 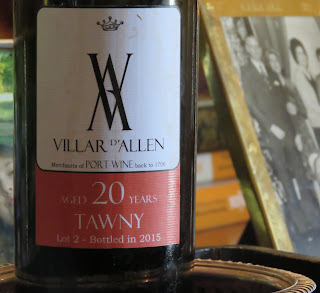 Talking Plants said…
Quite right! Very sloppy of me, and now fixed. Many thanks for the message. Best wishes, Tim
2:26 pm, September 05, 2017