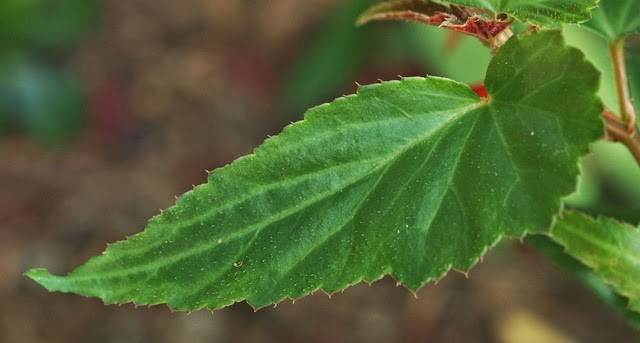 I shouldn't say beg, it was more like a coax and persuade maneouvre (but that doesn't alliterate as well). Back in December members of the Melbourne Begonia Society encouraged me, as they should, to grow more begonias in the Royal Botanic Gardens.

I was speaking to them about plans for the Melbourne and Cranbourne sites, with a glancing mention of begonias. Apart from their regular displays they prepared a selection of the species William Guilfoyle was growing in the Royal Botanic Gardens in 1883, and presented me with a list of the same. 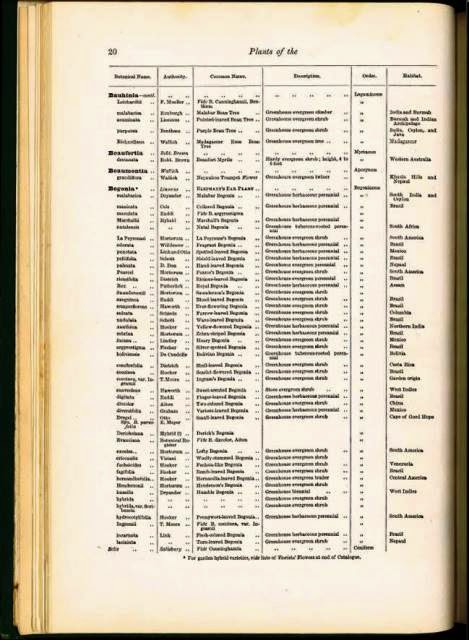 I was also gifted a photo album including images of everything displayed, plus a few missing species to show me the beauty and breadth of Guilfoyle's collection. On that front, I didn't take much convincing. Begonia boliviensis (sometimes called 'Begonia boliviana' in horticulture*), the species I've used to illustrate this post, is just one of the colourful and sensuous plants on the list.

And a decade ago, after a some initial hesitancy I became a big supporter of the begonia beds at Sydney's Royal Botanic Garden, approving the expansion by Peter Sharp and his volunteers (supported by Paul Nicholson and other staff) into a second bed (photographed here at its opening in 2007). 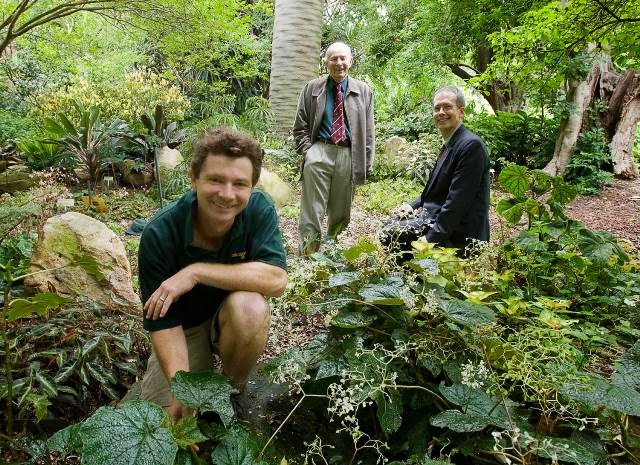 In my talk I mentioned the possibility of a new glasshouse at the Melbourne site, the prefect place for begonias in Melbourne. Some grow outside, like the Begonia boliviensis photographed near my front entrance at home, but many more would grow under glass.

I'm surprised I haven't posted anything about begonias yet. As compensation, let me give you some fast facts from my friend Peter Sharp's lovely book, Down to Earth with Begonias.

There are around 1500 species of Begonia, and undoubtedly more to be discovered and described, so I needn't try to grow them all. They are divided up into cane-like, shrub-like, rhizomatous, semperflorens, trailing-scandent, thick-stemmed, rex and tuberous. It's beyond this post to explain the intricacies of begonia classification but for most the names are relatively self explanatory.

The rex bogonias, are perhaps not, and they are all cultivars of one species, Begonia rex, a rhizomatous species (i.e. spreading by underground stem - a rhizome) from the state of Assam in India. The wild species has green leaves with silver banding, I think, but as I saw in the extensive display in Bentleigh, the cultivars now grown have leaves of green to grey to deepest claret and purple. The leaf colour range has been compared with precious metals, and the texture with exotic fabrics.

We grew a couple of rex begonias in our front garden in Sydney, under a tree, where they more or less thrived. Here in Melbourne you'd need a glasshouse, or fish tank.

You can grow quite a few begonias outdoors in Sydney but further south (and up the mountains) it's often best to grow them in pots and protect them from frosts and very cold winters. That said, here in Melbourne the climate may be coming more conducive to growing begonias outdoors.

The best known begonias are probably the tuberous ones bred to produce big blousy flowers, of the kind you might find in the Ballarat Botanical Gardens. These you will find grown and displayed in a glasshouse.

What all begonias share are asymmetrical leaves, as in this picture of the (non-rex) Begonia boliviensis I took home from the meeting in Bentleigh. 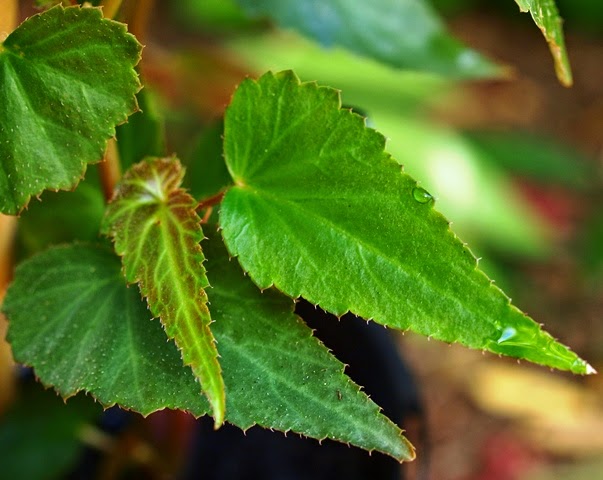 In addition to being one of the species grown by Guilfoyle it is also from Bolivia, so I can add it to my Talking Plants list of plants from that oddly romantic country. It's a tuberous species from the cold peaks of the Andes, but happily adapts to gardens in Sydney and Melbourne, producing lovely summer flowers.

For now the pot sits at my front door. A reminder for when we build a glasshouse at the Royal Botanic Gardens: remember Guilfoyle, Bolivia and...oh, yes...begonias. 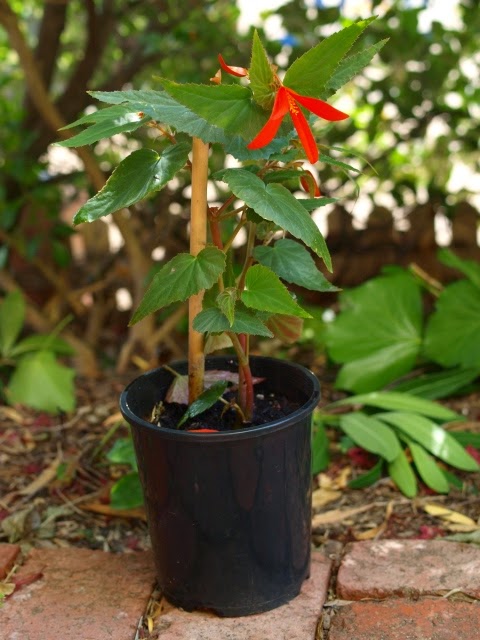 *Thanks Peter Moonlight for advice on nomenclature. And look out for a full census of Begonia species, coming soon according to Peter!
Email Post
Reactions: