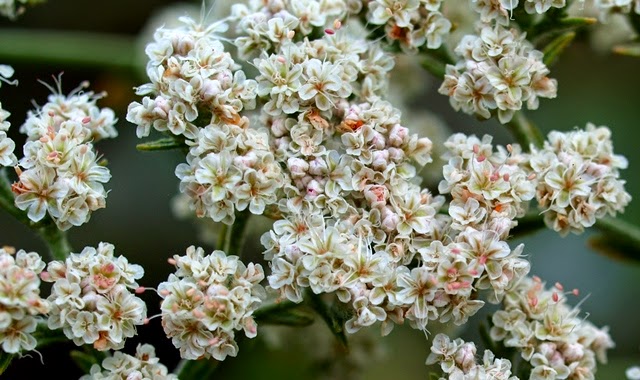 In early January I took these pictures of a striking plant among the rocks in our Californian Garden. There is another on the way into the Royal Botanic Gardens at Observatory Gate, and it was featured on the Gardens' Facebook page on 30 January. It's a rare plant called Saint Catherine's Lace, growing naturally in the Channel Islands 150 kilometres west of Los Angeles.


The Channel Islands include three large islands (plus some smaller outcrops), each with its own variety of Saint Catherine's Lace (Eriogonum giganteum). I gather this species (and its three varieties) is native only to the islands of Santa Barbara, San Clemente and Santa Catalina but you sometimes see its distribution represented as far wider in California, extending along the mainland coast from the Mexican border up to about San Francisco. I'm presuming these are naturalised records given it is so widely grown in gardens throughout the state.

Also called the Giant Buckwheat, it can grow to two metres high, and across. The Catalina Island Conservancy cites Saint Catherine's Lace/Giant Buckwheat as an example of island-induced gigantism. That is, islands acting as discrete evolutionary laboratories where plants often become unusually large, or small.

These islands are hot and dry and Saint Catherine's Lace needs little water to survive in Melbourne. It flowers over a couple of months (attracting lots of insects and birds) and looks attractive in woolly leaf for the rest of the year. Sounds like a plant that should be grown more often, particularly as our summers become hotter and our rainfall less reliable. 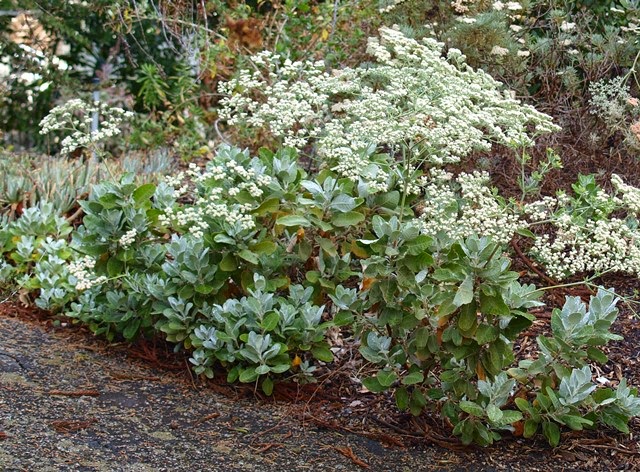 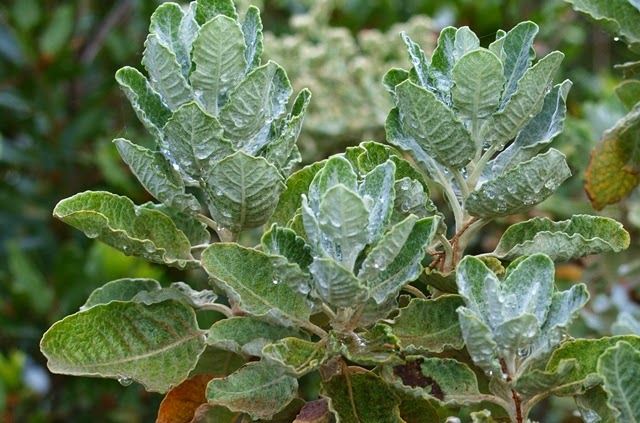 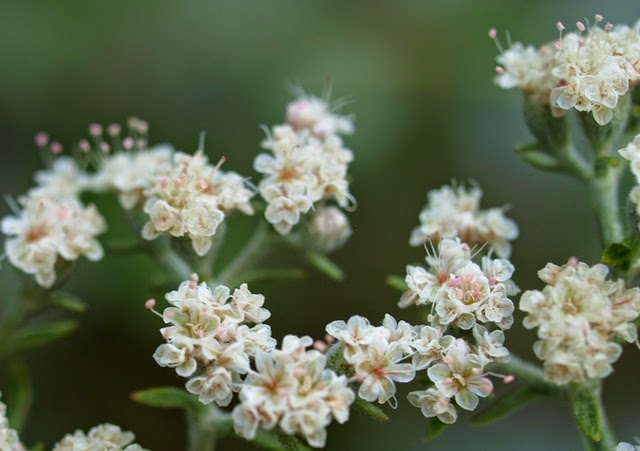 Just watch it though. In Californian gardens it seeds readily and self sows, so do make sure it doesn't spread beyond your garden. At the moment is so rare in cultivation that its potential to spread is probably untested. (It also has a propensity to hybridise with other species of Eriogonum but as we have no native representatives in Australia that shouldn't be a concern.)

The buckwheat we consume as a grain, by the way, is another species in the same family (Polygonaceae) called Fagopyrum esculentum. As you might have guessed, it's a smaller plant, as are other species of Eriogonum also bearing the common name Buckwheat (or more often, Wild Buckwheat).

All these buckwheats are unrelated to wheat (a species of Triticum, and a kind of 'grass'), which accounts for the absence of gluten in their grain, making at least Fagopyrum esculentum flour a rather popular substitute for wheat flour in bread and pasta.

You could also be mistaken for thinking our plant was in the carrot family. The flowering structures (below) certainly resemble things like Queen's Anne Lace in the family Apiaceae. 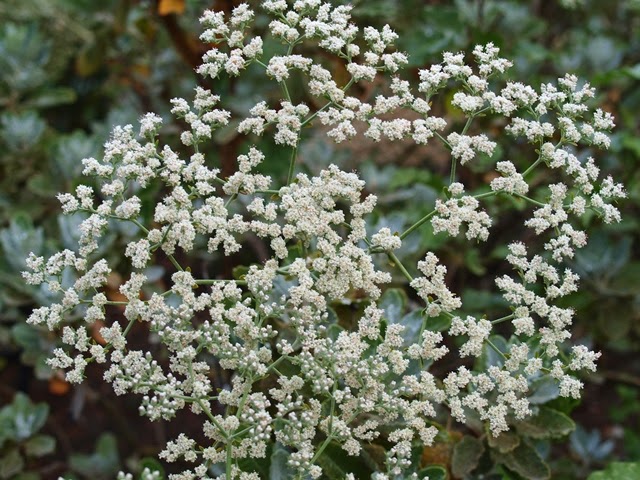 As to Saint Catherine, I think she is the Catholic saint and Princess from Alexandria. She is often portrayed in paintings wearing quite elaborate garb, leading I presume to the reference to her lace*.

In mature bushes the lacework of flowers can almost completely cover the whole bush, as in this shapely specimen from the California Native Garden at Golden West College, California. This is something for us to aim for in our Californian Garden. 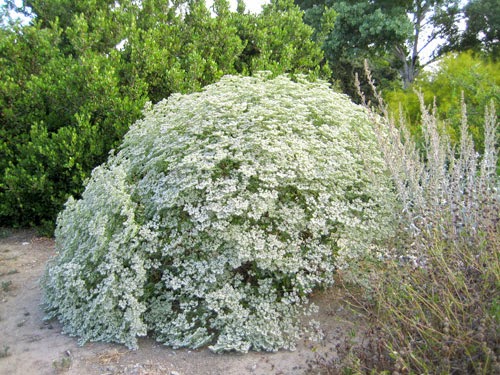 Images: The picture from Golden West College is from their website.

lena.m said...
Saint Catherine, princess of Alexandria, was martyred for her purity , wisdom, and persuasive powers, by being bound to a wheel where upon her limbs were to be broken, but the wheel fractured, and she was decapitated. Hence the Catherine Wheel fireworks, and white for the purity represented by her name.
10 FEBRUARY, 2015 21:15
Email Post
Reactions:

lena.m said…
Saint Catherine, princess of Alexandria, was martyred for her purity , wisdom, and persuasive powers, by being bound to a wheel where upon her limbs were to be broken, but the wheel fractured, and she was decapitated. Hence the Catherine Wheel fireworks, and white for the purity represented by her name.
9:15 pm, February 10, 2015

situsterbaikditahunini said…
This comment has been removed by a blog administrator.
9:11 am, September 28, 2017

Unknown said…
Articles that are very interesting and I really like your thoughts in article writing is very extraordinary.
poker online