Hop, a wolf in plant's clothing 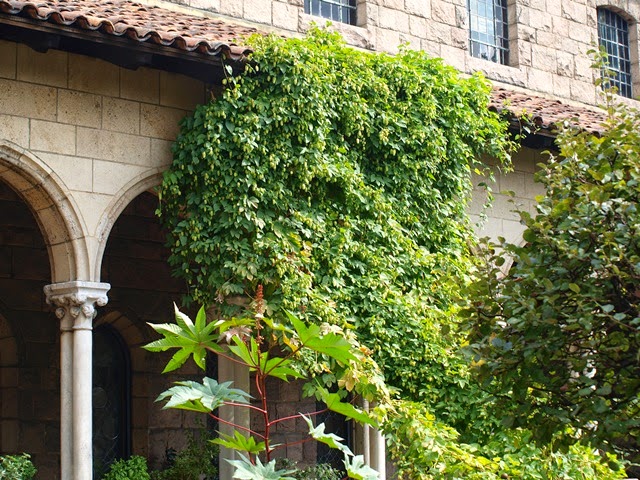 It's time to return to Hop. Last time it was all about beer. This time, it's only partly about beer.

Seeing pots of Hop for sale at the Diggers garden at St Erth, near Blackwood, I recalled an impressive display by this climber at the Cloisters in New York. You don't have to travel that far to see it thriving, but I've used pictures from that visit back in September. 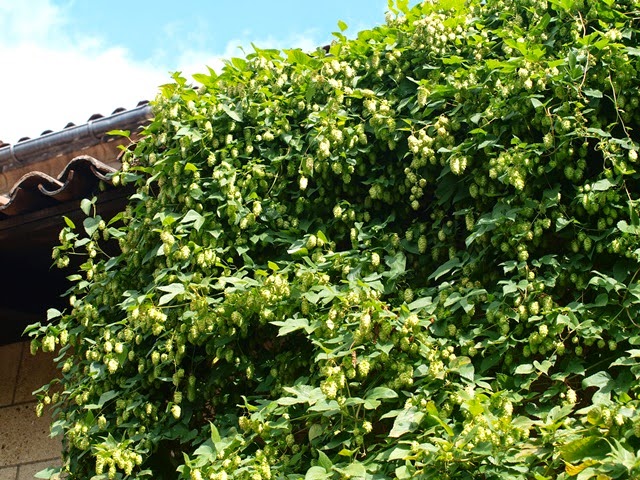 Humulus lupulus is such a euphonious name, you've got to ask what it means. It's Linnaean, described by Carl Linnaeus back in the eighteenth century. The genus name may, or may not, have something to do with humus and the rich soil it favours. Or it may be from an old German word for hop, humela.

'Lupulus' is easier, from the Latin for wolf lupus. Apparently the first century Roman naturalist, Pliny the Elder, used this term in describing how hop smothered and strangled the plant it grew on, much like a wolf does to a sheep. In fact Hop has been called Willow-wolf after its propensity for wolfing willows in this manner.

Its growth habit is clearly of note: the common name 'hop' is from an early Anglo-saxon word meaning to climb.

There is no need to panic though, noted naturalist Charles Darwin recorded that the stems make one revolution every two hours and eight minutes on a warm sunny day. You have plenty of time to escape, unlike the willow. Darwin also noticed that the twining was clockwise, but more on that in a previous post.

It's a vigorous plant but presumably because viable seed is uncommon, it hasn't become a severe weed in Australia. However it is 'naturalised' in various parts of Tasmania, and in a couple of coastal areas of Victoria. You should also take care where you plant it: the description of Hop in Gardening Australia's Flora includes 'suckers far and wide from its questing rhizomes'.

These days Hop is classified in the family Cannabaceae, along with Cannabis of course, as well as the widely planted and sometimes weedy garden tree, the Hackberry (Celtis). All three genera have more or less hand-shaped (lobed) leaves.

Hop is native to Europe and western Asia (or according to some sources, south-east Asia) and has been used to make beer for around 10,000 years. As is well known, it became part of the beer recipe to stop the drink going sour, back in the days (prior to the eighteenth century) when beer was safer to drink than water. 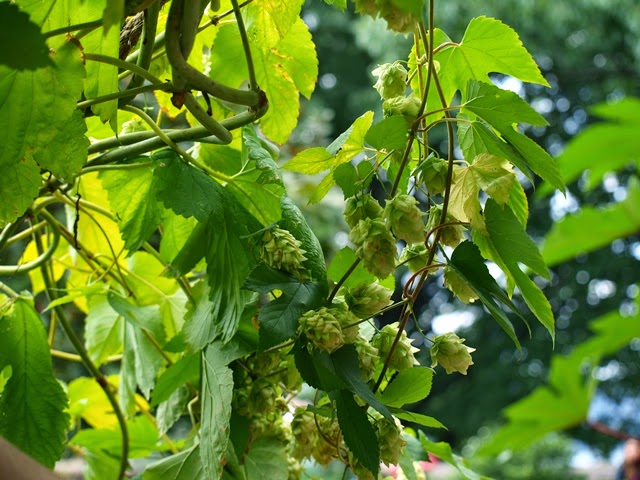 Plants produce either male or female flowers, not both. And it is the female flowers that are used in beer-brewing. They are what we call hops, and what gives your beer that bewitching bitterness. Unfertilised flowers are best, so crops are either exclusively female or with a few male plants left in to assist with the control of mildew (the receptive part of the female flower, the stigma, is prime site for fungal infection and it withers are fertilisation).

These pictures show clusters of female flowers, or cones, covered in papery bracts. Lupulin glands, containing the sought after oils, are buried within these bracts and then another layer of what we call bracteoles. But you can grow this plant for its horticultural beauty if you like. 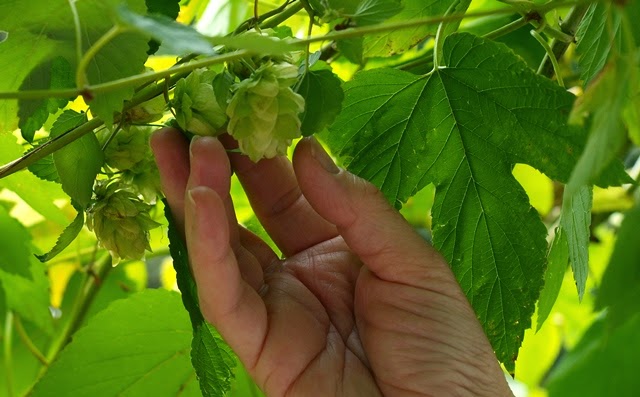