You only die once, unless you are a mostly monocarpic agave 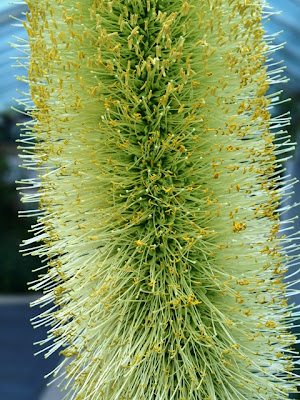 Agaves are famously monocarpic. That is, after they flower, they die. Like a drone bee, once they have done all they can to reproduce, life's work is done.

Aloes, sometimes mistaken for Agaves, have quite different flowers and continue to live productive and often happy lives after flowering. (More of that in my prickly issue post a few years back.)

In flower at the moment in Kew's Princess of Wales Conservatory is Agave bracteosa, one of the smaller agaves but still with flowering spikes to nearly three metres tall. Its common name is the the Squid or Spider Agave, alluding to its thin, arched leaves.

Its natural home is the high desert country of northern Mexico, in the States of Coahuila and Nuevo León, where it presumably endures hot days but also some cool nights. It will grow outdoors in some parts of London but we chose to mollycoddle ours in the Princess of Wales Conservatory (Desert) Dry Zone.

Because the leaves have very tiny marginal teeth and no terminal spine, the Squid Agave is one of the safer species of agave to grow. It's also relatively compact, with leaves less than a metre long, and with lovely, fine new growth.

The flowering stalk may be small for an agave but you can't miss it. The big question on chat sites is whether this species is monocarpic or not. Does each rosette die after it flowers or can it keep on growing? 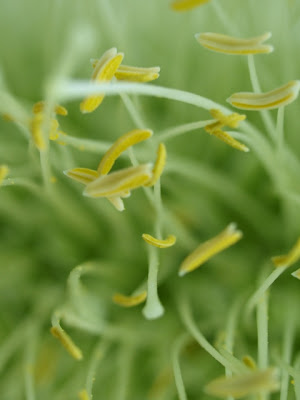 Monocarpic plants are sometimes jokingly called long-lived annuals. I prefer to think of them as biennials that can't count: they know they don't flower in the first year but after that they lose all track of time.

Whatever, there are plenty of examples in the plant world. A lot of palms do it, as do almost all agaves. The most famous of these is the Century Plant (Agave americana) which should more accurately be called the Quarter-century Plant.

Although most growers find that Agave bracteosa does flower and die after a few years, you find comments like 'mostly monocarpic' or 'not strictly monocarpic although often so', through to the emphatic 'does not die after it flowers'. Like other agaves, it produces little offsets at the side, replacing the spent rosette.

One commenter adds helpfully that in Agave bracteosa, unlike most other agaves, the offsets are produced from axillary buds rather than underground suckers. These offsets grow into the clump so that even if the individual flowering rosette dies the clump overall seems to remain alive and well.

This may explain the differing observations and seems to fit with the growth habit of our plant in the Princess of Wales Conservatory. 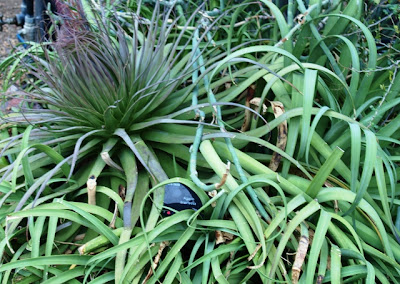 Unknown said…
Agave Americana is a famous plant that has many medicinal values, Thank you for giving this valuable information.
4:27 pm, September 08, 2017