Within spitting distance of Entwistle, in Lancashire 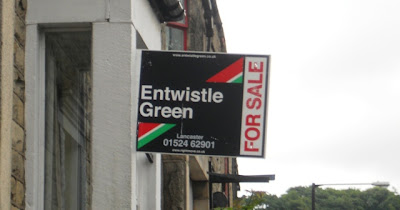 It's possible my surname means a place where water hens hang out, near a river. Well, not just a river but where two rivers join. There is a village at the south end of Lancashire called Entwistle. It's where a small tributary enters the Edgeworth Brook and, I gather, aquatic birds gather.

I haven't been there but I've read about it on the web - you can chose between Wikipedia or The Entwistle Family History Association. And don't you worry abut the extra 't'. It's quite likely the name began as Entwisle and drifted to Entwistle. In any case, some of the early names for the village of Entwistle (care of Wikipedia) were Hennetwisel (1212), Ennetwysel (1276) and Entwissell (1311).

But then you are probably as interested in someone else's family tree as I am. The point is, that I'm in Lancaster for a water workshop. It's called From Tipping Points to Sticking Points: Climate Change and the Problem of UK Domestic Water Demand and held at The Lancaster Environment Centre, next to Lancaster University. 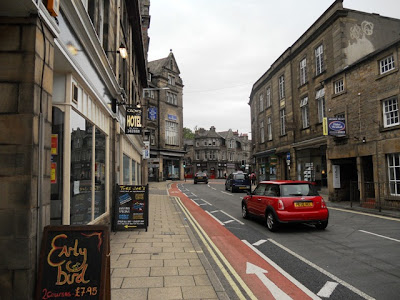 (If you are still interested, I'm about 40 miles north-east of Entwistle, which is just to the west of Preston, where I changed trains last night. So I was within 17 miles of the home town yesterday.)

Now though, I'm staying in a hotel that uses its large shower-heads as an selling point. Then again, my train didn't make it all the way to Lancaster due to local flooding, hence my brief visit to Preston. There is certainly plenty of water around, now.

It's a watery landscape. Near my hotel is the Lancaster Canal, a dreamy snaking waterway with the occasional barge tucked up to  a grassy siding. 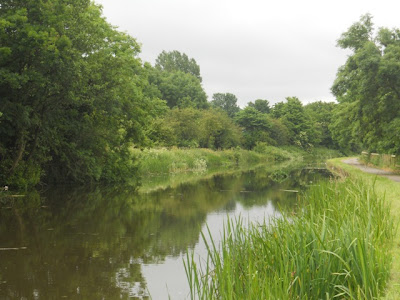 On the other side of town in the River Lune. Tidal but also very full due to the rains upstream. 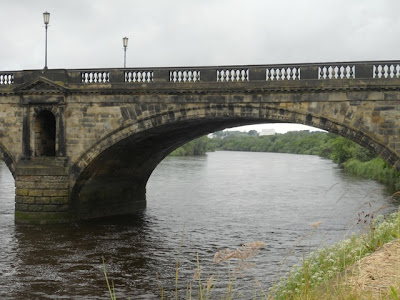 So what do you do in a country that mostly pretty green, where it rains a lot and where drought is just beginning to enter the vocabulary. Same as in Australia I'll be saying. It wasn't until the water restrictions started to bite and drinking water ran out for cities like Goulburn that citizens took water seriously. In Melbourne gardens were transformed almost overnight from water-hungry exotics to thrifty natives.

No I don't advocate natives over exotics necessarily, this is just what happened in Melbourne. In fact I'll make a point tomorrow about the false dichotomy between plants from one's political nation and those from alien places. I'll also talk about some of the more important things we did in Sydney to help conserve water: e.g. mulching, sensible planting, drip irrigation, and allowing lawns to dry out.

The workshop has set the goal of 'creating the top 10 sticking points for thinking differently about water demand management'. Number one, I think, is to stop the rain. No one will take drought seriously in this weather. 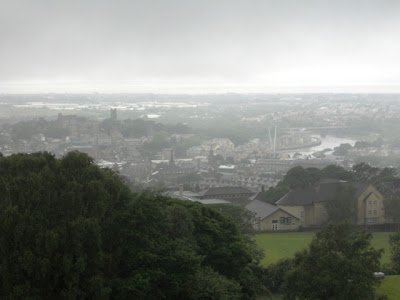