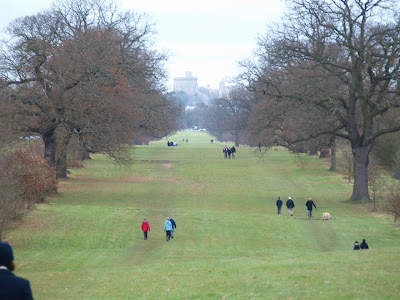 Not surprisingly, an English Oak will be planted in the British Garden at the London Olympics (the topic of my recent posting). But not just any English Oak. This one is a descendent of the de Coubertin Oak.

When a tree gets its own name you know the tree has either grown rather big and old, or has witnessed something important. The Bowthorpe Oak near Bourne, in Lincolnshire, is over 1,000 years old and has the largest girth (42 feet) of any English Oak (Pedunculate Oak) in Europe. The Royal Oak, growing near Boscobel House in Shropshire, was reputedly where King Charles II hid from the Roundheads - you can now see one of its reputed offspring.

Today I walked a mile or two along the three-mile long oak avenue, Queen Anne's Ride, in Windsor Great Park (I've illustrated this blog with photos from this walk and also, at the end, Warburg Reserve, about 30 miles away, which we visited earlier in the day). 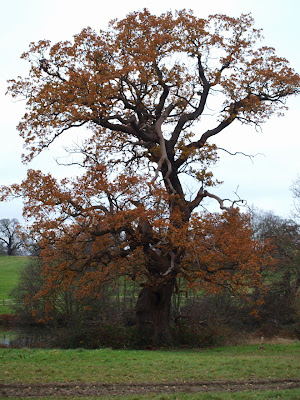 The entire avenue is lined with England's most common woodland tree, Quercus robur.  The Ride dates back to 1708, when it was known as the Queen's Walk. In 1993 the Association of High Sherriffs celebrated their first millennia with a donation of 1000 trees to replace the ageing older oaks so it's now a mix of old and new, much like the whole Park itself. 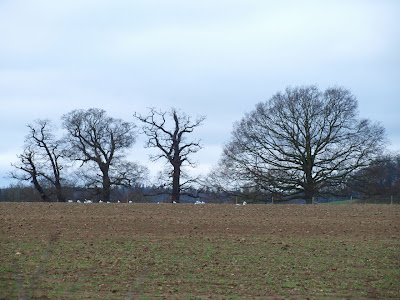 But back to the Olympics and Ms de Coubertin. According to a media release issued last week, there are 4,000 semi-mature trees planted in the Olympic Park, as well as 300,000 wetland plants and (to use that well known unit of bigness) "in excess of ten football fields worth of nectar-rich annual and perennial meadows".

But the media release says "one of the most significant trees to be planted on the park is an English Oak that will be placed in the riverside Royal Horticultural Society Great British Garden that overlooks the Olympic Stadium". This is the ‘de Coubertin oak’, grown under the guidance of  Royal Botanic Gardens, Kew staff, from "an acorn collected from the tree that Baron De Coubertin planted to thank the citizens of Much Wenlock for inspiring the founding of the modern Olympic Games".

There will be some more of these Olympic inspiring oaks planted out in England in the lead up to the Olympics but more about that later next year...

For the full story on de Coubertin and his connection with the Olympics, read this link to a story from last year. In brief, de Coubertin was a Frenchman looking for a way to inspire 'today's kids' - back at the end of the nineteenth century. He found this inspiration in Dr Brooks, living in Much Wenlock (in Shropshire, home of the Royal Oak), and his 'Olympian games' that had been running for 40 years, since 1850. That inspiration lead to the start of the 'Modern Olympic Games' in Athens, in 1894.

The oak was planted in Much Wenlock by de Coubertin in October 1890, to celebrate his inspiring visit.

Quercus robur is not only the most common woodland tree in England, it is the commonest species of tree in Kew Gardens, with as many as in the Queen Anne's Ride avenue. You can find quite a lot of them in this interactive map and lots of other English Oak facts on the Royal Botanic Gardens, Kew website.

The final few images are from Warburg Nature Reserve, in the Bix valley (just past Bix Bottom as it happens), near Henley-on-Thames. This chalk grassland and remnant forest was named after the botanist Edmund Frederic Warburg (1908-1966) who co-authored a comprehensive Flora of the British Isles, in 1952. I haven't got a copy handy but I'm sure it has a lot to say about Quercus robur, which features in the Nature Reserve more than you might think from my pictures (the cute animals got in the way). 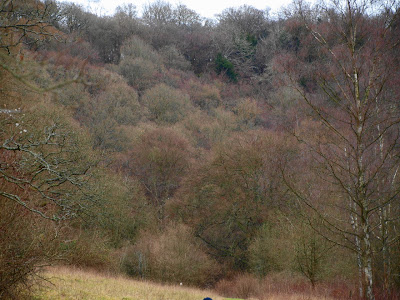 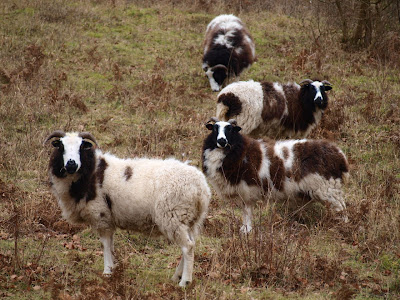 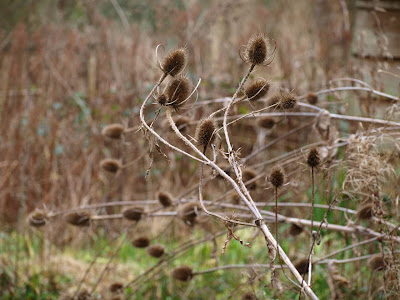 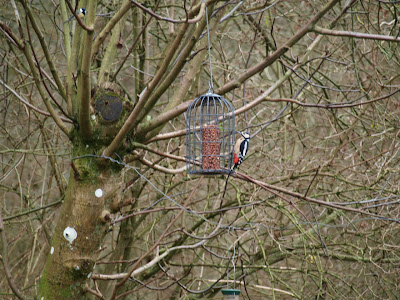 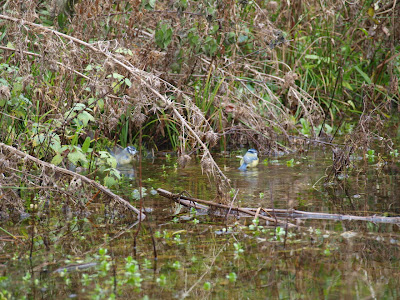