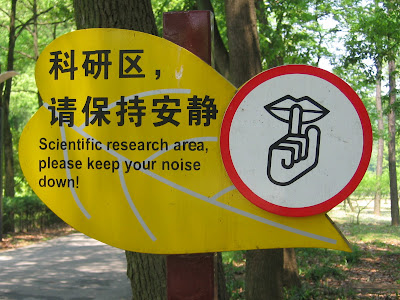 Governor Macquarie once said that the Domain was for the ‘respectable class of inhabitants’, and not ‘idle and profligate persons’. This was not an uncommon view in botanic gardens at that time, but fairly mild by world standards.

As I mentioned previously, in April 2011 I head off to Royal Botanic Gardens Kew in London. One of the key figures in the history of that Garden is Joseph Hooker (and his father William) during the second half of the nineteenth century.

As one of his biographers Jim Endersby (who studied here in Sydney) said “Hooker worked [hard] to attract the public while keeping them out…”.

Hooker maintained the rule of his father that the public could only enter after 1 pm, despite public opposition. Before 1 pm the Garden was open to botanists only.

At the time, the (in)famous zoologist Richard Owen lobbied to have the herbarium at Kew moved to the British Museum so that Kew would be free to entertain the public and do horticultural experiments, such as “the application of manures, or demonstrations of the fittest species of grasses for particular soils”.

Hooker replied that the proposed manuring experiments “would involve an enormous expenditure, and occupy many acres of ground now devoted to the legitimate purposes of a botanic garden”.

In one letter written at the time it was said “Kew has been made so beautiful and so attractive to the public that there was a danger that its immense scientific importance is likely to be overlooked.”

In 1877 Hooker finally opens garden to general public at 10 am, but only on Bank Holidays… Otherwise it will ‘be regarded as a park’ and ‘demands for luncheons, picnics and bands of music will follow’.

A year later he said that due to numbers he might have to restrict access again… The scientific purposes of the gardens would be damaged ‘if swarms of nursery maids and children’ were allowed in before lunchtime.

A London magazine complained that in reality Kew was ‘a snug little preserve…for the scientifically inclined members of the Hooker family’.

In 1898, after Hooker retired, his successor (William Thiselton-Dyer, who married Hooker’s daughter, so still in the family…) opened gardens all day to public in summer. Only in 1921 were the gardens open to the public all day, every day….

That delicate and charming friction between recreation and science continues today. Is this a beautiful place or a place or learning? Or heaven forbid, both! 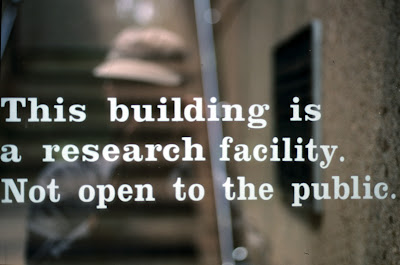 Image: At the top, a sign from the Wuhan Botanical Garden in Central China; just above, a door to the scientific laboratories at Missouri Botanical Garden, St Louis, USA. (This posting is part of an end-of-year speech I gave a few weeks ago at our annual Botanic Gardens Trust Thank-you event.)
Email Post
Reactions:

Jim said…
"Hooker maintained the rule of his father that the public could only enter after 1 pm, despite public opposition. Before 1 pm the Garden was open to botanists only." What a man! What an inspired leader! Bravo! Encore! My kinda guy! :)
7:53 pm, December 20, 2010