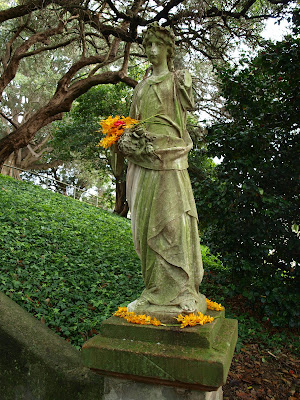 The Palace lasted less than three years but it won’t be forgotten. Designed by Colonial Architect, James Barnett, it was home to the Great International Exhibition of Sydney.

England had built the Crystal Palace for its Great Exhibition in 1851 – botanic gardens historian Ed Wilson says Joseph Paxton was inspired by the veins on the giant Amazon Lily (Victoria amazonica) to create the supporting metal structure for that particular building.

The Garden Palace in Sydney was built of timber and corrugated iron, and never envisaged as a permanent structure. It was 244 metres long and extended from the State Library of New South Wales to the Conservatorium of Music, occupying the whole south-west corner of the present-day Royal Botanic Gardens. It was a little like the Exhibition Building in Melbourne, but even bigger and with numerous towers and ornaments.

The fire is assumed to have been started deliberately, possibly by local residents whose views were blocked by this massive building (trees are killed today for similar reasons), or to destroy the 1881 census which revealed convict ancestries (at that time an unpopular heritage).

Lost in the fire were lots of colonial records, statues, paintings, books and various exhibits. Without the fire the Palace may have been used for public meetings and concerts for a few more years, and the geological exhibits and government archives would have been saved, but it’s unlikely it would have been still standing today.

Today you can visit the Memorial Garden to Pioneers, a ‘sunken garden’ honouring the men and women of the early colony, and built at the centre of where the main dome of the Garden Palace once stood.

The Four Seasons statues, flanking the main stairs leading down from the Conservatorium Gate into the centre of the Gardens, also provide a link to the Garden Palace, but only just!

The original four marble sculptures were imported from Italy in 1879, probably produced under the direction of Charles Francis Summers (son of a more famous sculptor Charles Summers). During or soon after the Garden Palace fire, Spring and Autumn were damaged.

In more recent times, Winter was in storage for few decades but restored and reinstated two years ago.

The current Spring was a replacement donated to the Gardens in 1957. It lost an arm again during the Sydney Olympics, which was replaced but is missing, again. Autumn is a replacement from 1883.

And Summer? There is no Summer, by Summers or anyone else. It was severely damaged by vandals around 1970 and we have two pieces of torso in storage but no head (there was a second Summer but we only have its head, and it doesn’t match the torso pieces).

I’d like a ‘Sprinter’ and ‘Sprummer’ as well, to go with my proposed new seasons, but let’s not go there today…

Image: This ‘spring’ sculpture in the Royal Botanic Gardens replaces one damaged around the time of the Garden Palace fire.
*This Passion for Plants posting will also appear on the ABC Sydney website (possibly under 'gardening'), and is the gist of my radio interview with Simon Marnie on Saturday Morning sometime between 9-10 am on 702AM.
Email Post
Reactions: