A Poetic Visit to the Macarthur Region 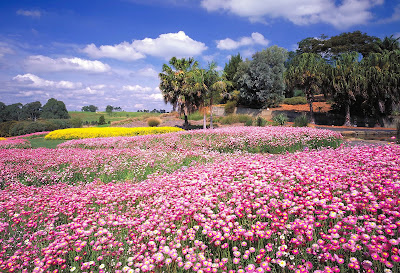 Today I inspired a poem after speaking to about 180 students in the Macarthur Region. Really.
The Macarthur Chronicle, the local paper of the Cambellton-Camden-Wollondilly area has set up what they call the Inspire Program to encourage young people in the region 'to follow their dreams'. The paper wants to address the negative stereotyping of kids in the area, exacerbated recently by publicity following the Rosemeadow riot.
Guest speakers are invited to visit secondary schools in the area, where they talk about how they got into their particular field and why its interesting. I was invited to speak today to year 10 and 11 students at the co-ed Broughton Anglican College at Menangle Park. It's partly about me imparting some inspiring words, and partly a chance for me to meet children from the school.
I talked about liking maths and science at High School, but also history and writing, and that typing was one of my favourite subjects in the first few years! It was tough dropping all but physics, chemistry and maths in Year 12, but in those days if you could do science you did science (and science only). Then into my well-worn story about starting university doing mostly maths and physics but switching entirely to botany in second year after being excited by a large picture of a plant cell (in the one small botany unit I did in first year).
From there I talked about getting hooked on algae and eventually botanic gardens. I showed some pictures of our three botanic gardens, with a particular focus on their local garden, Mount Annan Botanic Garden. They were intested in our plant for an Adventure Garden, a pump track and the enduro track (the latter two involve mountain bikes). I also mentioned the expanded Seedbank project, PlantBank. Finally a few of the more intriguing plants and plant stories, and a little about the kind of jobs we have at the Botanic Gardens Trust and what quals you need to get them.
Macarthur Chronicle will write up a story about the visit, but there's more. The biggest surprise, to me at least, was the reading of a poem written while I speaking. It was composed by staff member Charlie Dunn who regularly whips up a poetic response to talks and events. Perhaps it gives a more honest summary of what I said:
Ode to Entwisle
Doctor Entwisle, a scientist
Now director of Sydney garden is on his list.
He is in charge, he is the man
And now he’s visited Broughton Anglic - an

Algae may to some be slime
Colours of brown to green and lime.
Some are good and some are bad
You can tell if pollution has made a creek sad.

1816 was the botanic garden’s birth
In a beautiful part of God’s great earth.
On Sydney Harbours edge
You can go to picnic, you can go to veg

Mount Annan, Mount Tomah, botanically new.
There is so much to see and do
Botany takes in from tree to thistle
We thank you for coming, Dr Tim Entwisle.

© C. Dunn
Friday, 7 August 2009
Image: One of the pictures I used in my talk, a paper daisy display at Mount Annan Botanic Garden photographed by Jaime Plaza.
Email Post
Reactions: