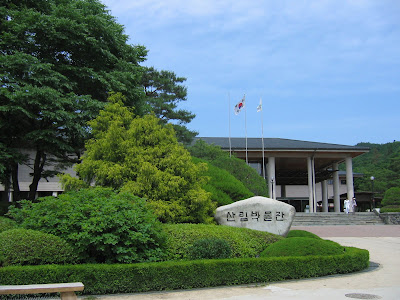 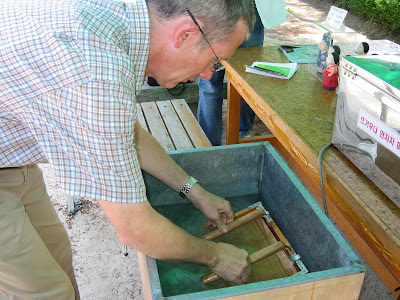 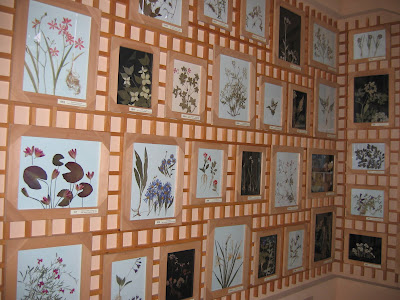 Three perspectives on the Korean National Arboretum - the garden, making paper and part of their botanical museum
The Botanic Gardens Trust has made a commitment to work with neighbouring countries so they can create and maintain botanic gardens. Two years ago I visited Bogor to participate in a workshop for staff involved in designing eight new botanic gardens in Indonesia. China has apparently built nearly 100 in the last ten years.
Nearly all the new gardens have a strong conservation and local flora focus, and as part of the international botanic gardens community (if you are wondering, through a group called Botanic Gardens Conservation International, and meeting our obligations to the Global Strategy for Plant Conservation...) we want to make a difference to the conservation of plants worldwide.
There are lots of things we'd like to do, including setting up a Diploma in Botanic Gardens Management in the region, under the auspices of Botanic Gardens of Australia and New Zealand and Botanic Gardens Conservation International, and possibly run out of Singapore Botanic Gardens.
Korea is a country in the region with fewer needs than others but with a strong relationship with Australia already. Along with Indonesia, Korea was a strong supporter of APEC in its formative years. It is a country with a similar GDP to Australia (although its population is about double) and with a similar need to maintain connections outside the country (more so than China and USA). The links have always been strong in trade: mostly beef, gas and minerals to Korea, and cars and electronics to Australia. Both countries share an interest in education and communication. Interestingly Korea is a world leader in broadband holds regular summits with Australia attending on this topic.
Yesterday and today we hosted a visit by staff from the Korean National Arboretum. The delegation was headed by Dr Kim Yong-ha, Director-General of the Korean National Arboretum. Also with Dr Kim were Dr Lee Hae-Joo, Head of the Planning Section and Dr Kang Utchang, Senior Research Scientist. I'd met Dr Kang on my visit to Seoul last year for the meeting of the East Asian Botanic Gardens Network.
It's likely some of their staff will attend the diploma course in Singapore if we can get that up and running next year. They also have an interest in sending staff to Mount Annan Botanic Garden to learn more about caring for Australian plants, and us sending an expert to Korea to help them establish an Australian garden in a new Aboretum just out of Seoul.
So a wet tour of the Royal Botanic Gardens today and a fine one of Mount Annan Botanic Garden yesterday. No matter what the weather, the party seemed very impressed and we all enjoyed the visit.
Email Post
Reactions: