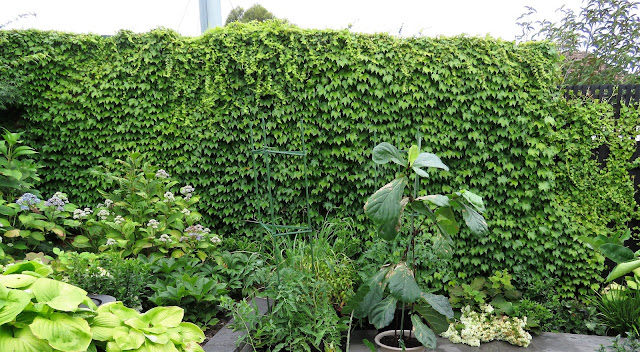 Although called Boston Ivy, Parthenocissus tricuspidata, is neither from Boston nor an ivy. It's a grape (well, from the grape family, Vitaceae), from cliffs and rocky hillsides in Korea, Japan and China. So common names like Japanese Creeper or Japanese Ivy are more apt perhaps.

Still, it's widely grown in the US, and I've extracted some of the information below from Illiinois Wildflowers site where it is is widely grown. Illinois is a few states west of Boston, Massachusetts

The genus name is Ancient Greek for 'virgin ivy', which is not to be confused with the common name Virginia Creeper, applied to another species of genus, Parthenocissus quinquifolia, with its 5-lobed leaves.

As I can now attest, it grows happily on brick or timber, preferring red brick to black-painted paling fence but more or less covering both. It attaches through short tendrils which develop suckers at their tips. 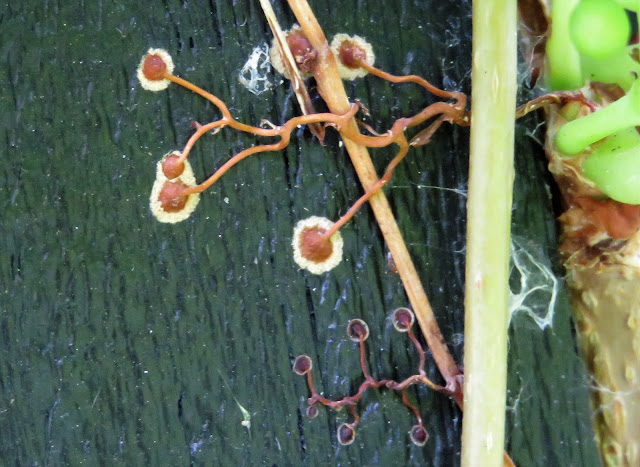 The leaves of the mature plant are split into three joined segments. In immature plants they can be completely separated into three 'leaflets'.

In the younger stems I can see out of our window, extending out into new territory, the leaves are smaller, almost heart-shaped and without indication of the three lobes. From these, short shoots arise with these typical three-lobed leaves. 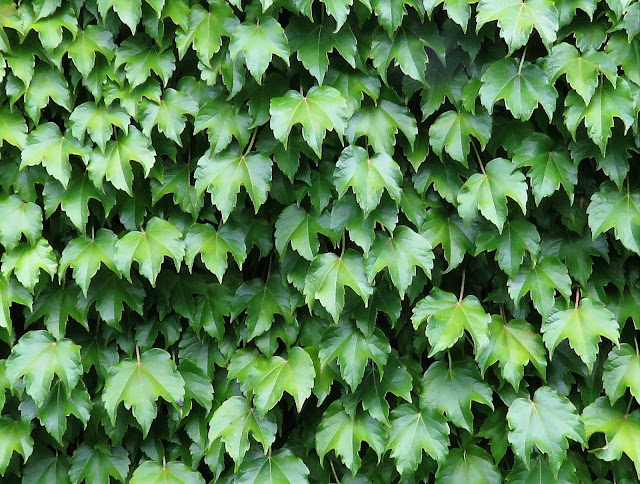 At the end of last year, on a hot day just after Christmas, (my wife) Lynda investigated popping and buzzing near the Boston Ivy clothed fence to discover hundreds of bees darting in and among the leaves. No obvious flowers but plenty of bees.

Under cooler conditions, a few days later, I peeled away the leaves on the west facing fence to reveal thousands of tiny flowers. On the south facing fence, there were none (and no bees on previous days). Although when I say flowers, most were a simple ovary, like these. 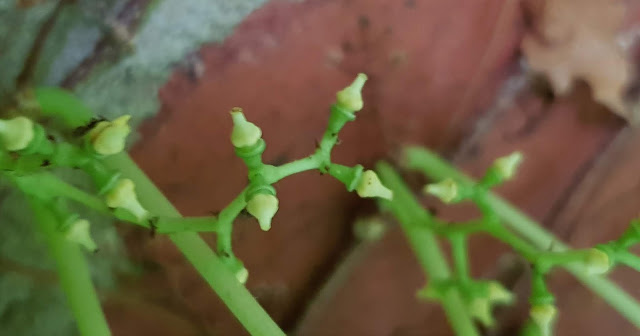 Only a few were fully functional (as these are above), with the male bits and green petals attached. 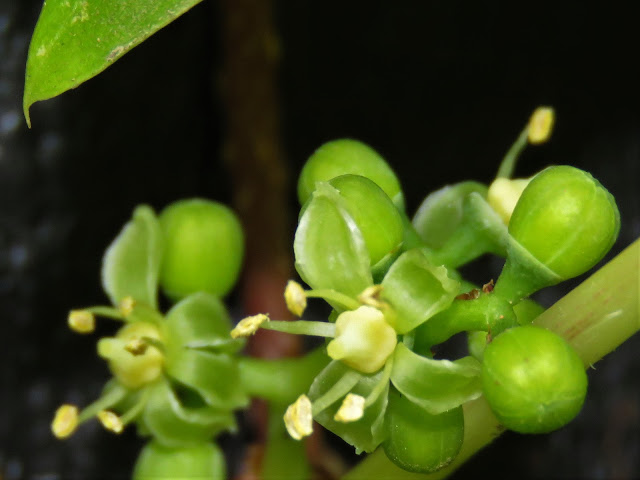 A few more were still small (2-3 millimetres across) green balls, looking like young grapes but in reality unopened flower buds. I'm sure old hands at growing Boston Ivy will be familiar with these, but for us its was a discovery. 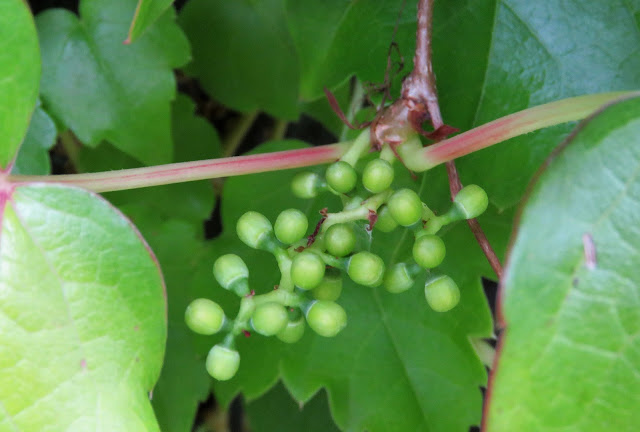 So I'm assuming, but can't confirm, that the green buds were popping open in the extreme heat and the bees were attracted by all that available pollen and possibly some nectar. It's interesting that the flowers soon disassociate with the anthers (the male bits) and petals shed entirely. Due to heat, bees or simply their duty done, I don't know. 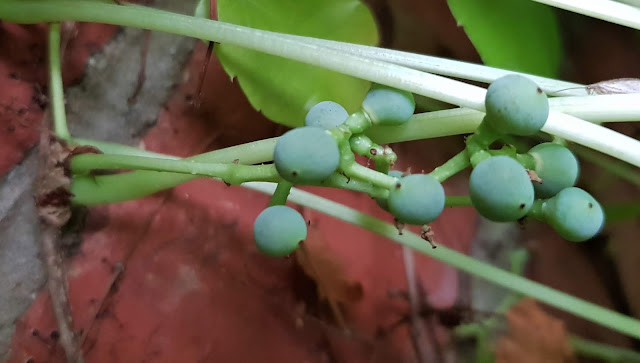 Three weeks later, just a few of the ovaries swelled into these green, baby, grapes. Over the following weeks I was hoping they would swell into dark-blue berries with a bit of a grey sheen, to 8 millimetres across, with red stalks. Now, three months later, the fruit is still to ripen, looking much like it did in this picture from late January.

Time to move on then. In a few weeks (this picture was taken in May last year) the leaves will turn gloriously red before they drop to leave black scribbles on surface. This will expose those wanna-be grapes, and perhaps then they'll show their true colour. 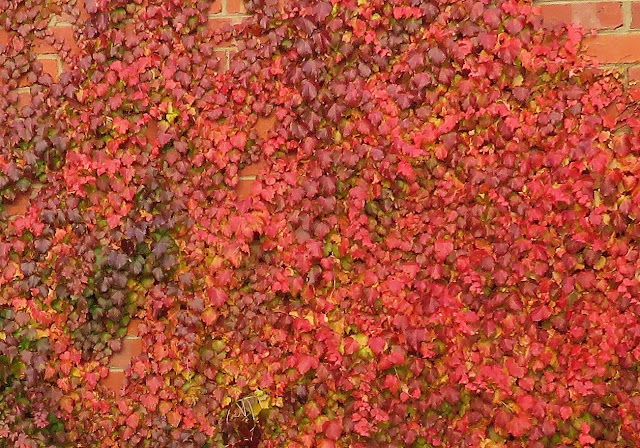